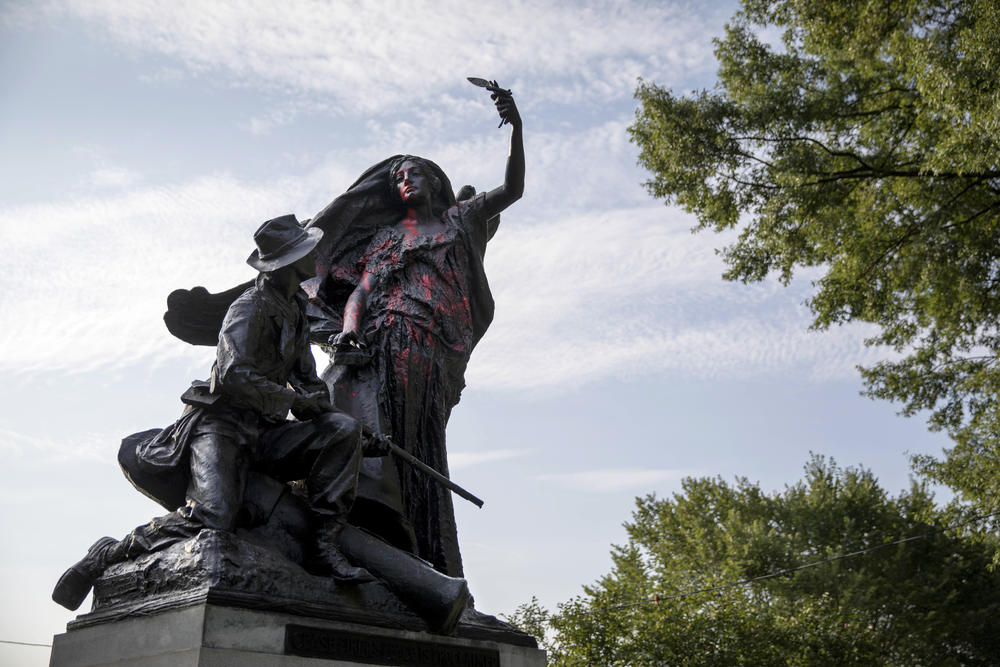 A statue depicting a Confederate soldier in Piedmont Park in Atlanta is vandalized with spray paint Monday, Aug. 14, 2017, from protesters who marched through the city last night to protest the weekend violence in Charlottesville, Virginia.

Two years ago, far-right groups gathered in Charlottesville, Virginia, to oppose the city council's decision to remove a statue of Confederate General Robert E. Lee from a public park.

Those protests culminated in a "Unite The Right" rally, where members of Alt-Right, white supremacist and neo-Nazi groups clashed with counter-protestors ⁠— one of whom was killed. More than 49 people were injured.

The city of Atlanta is taking another approach: it's adding context about the realities of slavery, the Civil War and the brutality that followed on four monuments. According to the Atlanta Hisory Center, "The Peace monument, built in 1911 in the midst of one of Atlanta’s most popular parks, is a large statue of a Confederate soldier halted by an angel. The original plaque explains how a Confederate-era city militia was on a peace mission to unite America after the civil war. The added marker explains how it excludes 200,000 African Americans who served in the US army."

Karen L. Cox is a professor at the University of North Carolina at Charlotte. She spoke with On Second Thought host Virginia Prescott on the line from Charlotte. Cox collaborated with Fitzhugh Brondage, who also joined the conversation about their book, Confederate Statues and Memorialization.

"At the Atlanta History Center, we've taken the position that if we give people facts and tools, where they can deal with Confederate monuments on a local level, that perhaps is a way around this national dialogue," Hale said. 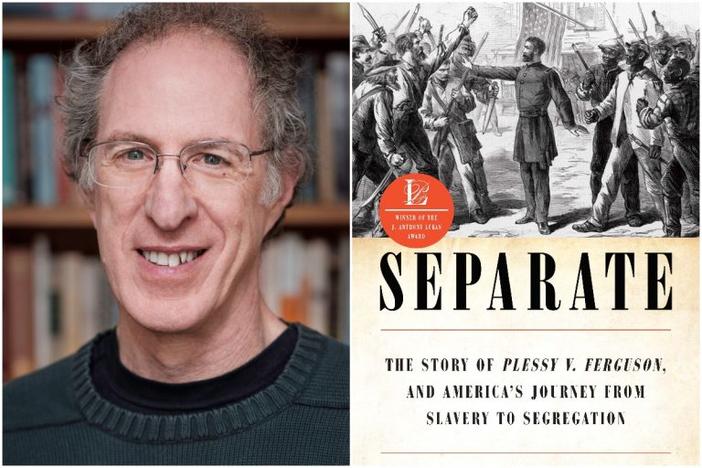 The Supreme Court Case That Initiated Decades Of Jim Crow

If asked about the "Plessy v. Ferguson" case, many Americans might connect the case to racial segregation. Far fewer would know the name Homer Plessy or...