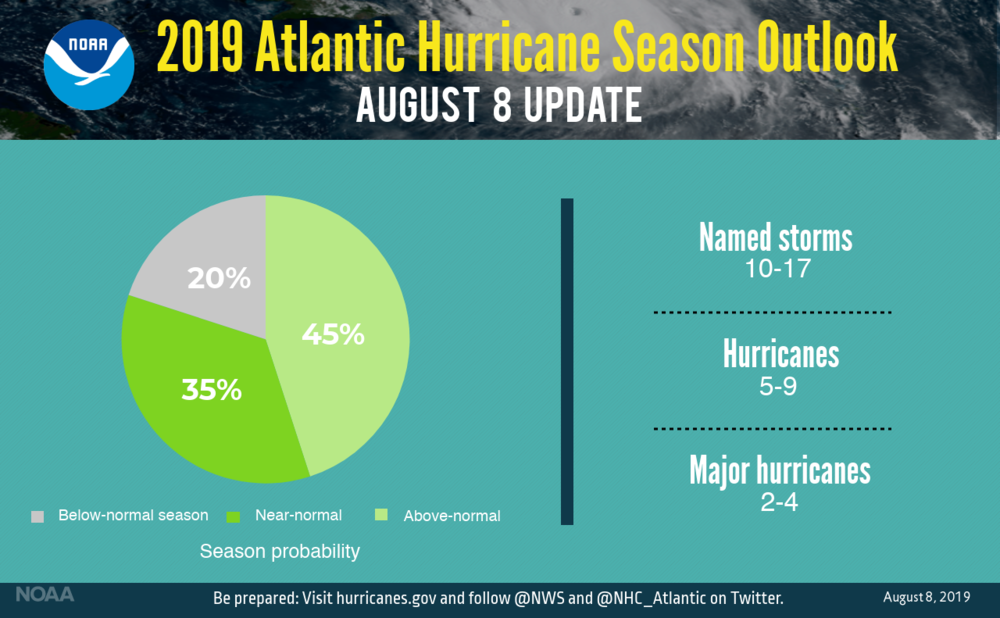 NOAA has updated its outlook for this hurricane season. / NOAA

Forecasters now say we could be in for a more active hurricane season than they originally predicted.

The National Oceanic and Atmospheric Administration says the El Niño weather pattern, which suppresses hurricane activity, has ended. That means it's more likely this hurricane season will be above normal.

Forecasters are now predicting 10 to 17 named storms this season. An average season has 12.

Gerry Bell is NOAA's Lead Seasonal Hurricane Forecaster. He said even without the new projections, more storms are likely now that it's August.

"The key point is we're now in the peak of the hurricane season,” Bell said. “Coastal residents really need to — you need to make sure you're prepared now for the upcoming hurricane season."

Hurricane season runs June through November. But historically the most active months are August through October.

There have been two named storms so far this year, Andrea and Barry. 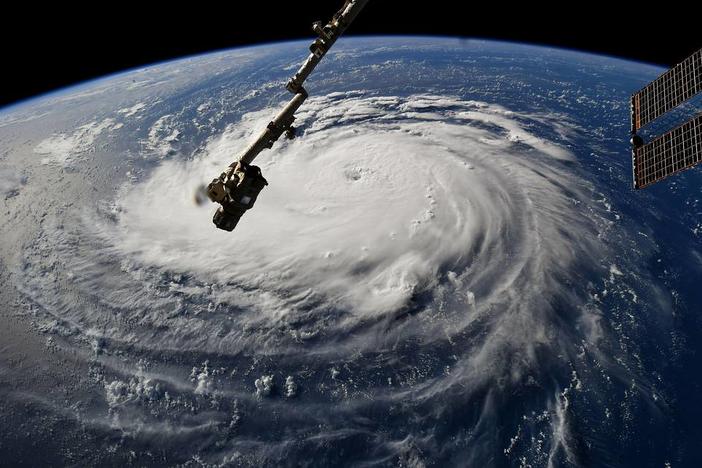 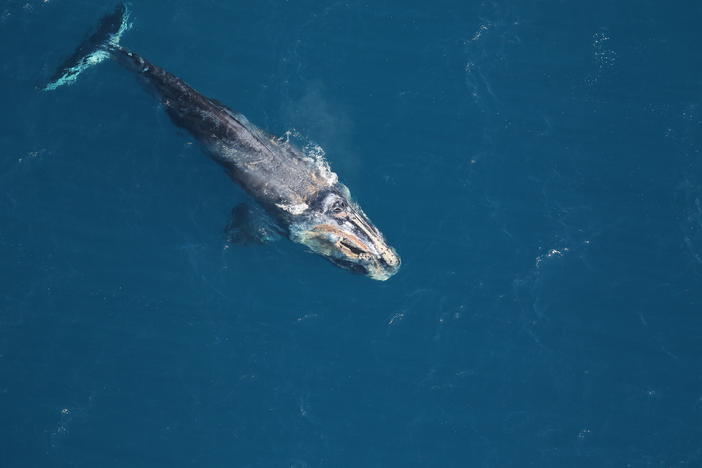 The first right whale of this year’s calving season has been spotted off the coast of Florida. Surveys to spot the endangered mammal have not started...