'Can We Talk About Race?' Psychologist, Author Has Tips On How To Discuss Racism In America 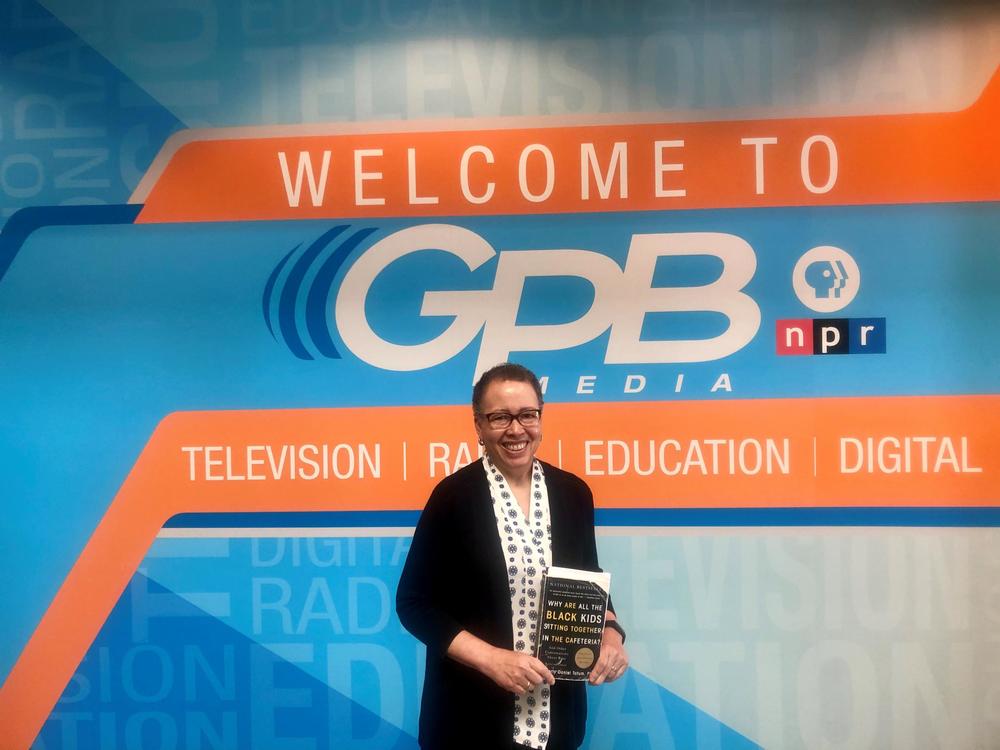 Dr. Beverly Tatum pictured with her book, "Why Are All The Black Kids Sitting Together in the Cafeteria?"

Has America become more racist? Earlier this year, The Pew Research Center attempted to answer that question and found that roughly two thirds of adults do think it is more common for people to express racist views since Donald Trump became president. Other long-term trends, however, suggest an overall decline in both racist views and racist acts.

What we do know is that America is more segregated — at least in American schools, where levels of black and white segregation have remained relatively unchanged for 40 years despite huge shifts in the diversity of student population.

The causes and effects of racial isolation, assimilation and how we talk about race is the life work of Dr. Beverly Daniel Tatum. Her 1997 book, Why are all the Black Kids Sitting Together in the Cafeteria, established her as an authority on the psychology of racism. She was later named ninth president of Spelman College.

After leaving that post and 20 years after the book’s original publication, Tatum revised it to reflect the nation’s education reality.

She joined On Second Thought to have a conversation about race.