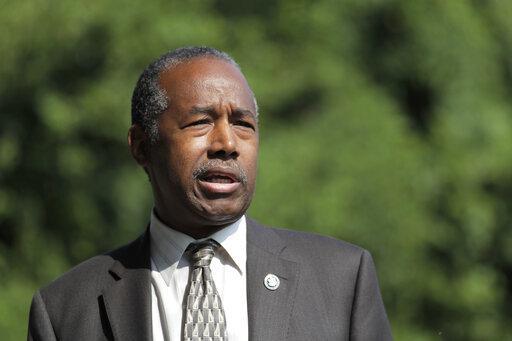 The median home price in Georgia is on track to nearly double from 2012 prices in the coming years, and wages haven’t kept up. Georgia cities can be especially expensive. Atlanta rents have spiked in the past decade at the same time the number of units classified as affordable have been dropping.

During their one-on-one conversation, Carson acknowledged the problem and emphasized the country’s ability to innovate solutions.

“First of all, we have to recognize that we do have a shortage of affordable housing, and it's reached a crisis stage but also recognize that Americans tend to be very innovative and very entrepreneurial,” Carson said. “What we really want to talk about are those things that are emerging that can solve this problem.”

Carson acknowledged the role gentrification plays in depleting the supply of affordable housing and proposed that offering people more choices can negate its effects.

“That means not only in terms of the housing that we develop, but it also means the people we take care of through vouchers," Carson said. "We need to make sure that the voucher system is not onerous. So, if a landlord can take a person who's on a voucher versus one without a voucher, who are they going to take? They’re going to take the one without the voucher because they don't have all of this paperwork and inspections and stuff. We're working on that very hard on that. We have a national task force making very good progress on that too.”

That response reinforces one of Carson’s main points since assuming the position of HUD secretary: there’s just too much regulation.

Though Carson said all phases of government – federal, state and local – need to be engaged in the challenge of affordable housing, he said regulatory barriers stand in the way of making actual progress.

“Most of the legislative bodies, the city councils, the mayors, are willing to look at some of these archaic regulations, and, in many cases, one regulation was put in place that was supposed to replace another one but, instead of replacing it, it's just layered on top of it, so you have multiple layers of regulation, which makes the distance between point A and point B much greater because it becomes a labyrinth instead of a straight line,” Carson said.

Then there’s the funding aspect.

Atlanta Mayor Keisha Lance Bottoms has called for a billion dollars in public and private investment as a part of her affordable housing plan. Georgia recently received a $1 million grant from HUD’s Veterans Affairs Supportive Housing Program for veterans.

Terrell asked Carson to respond to people who look at that grant and think it’s just not that much money.

“Do recognize that, with veteran’s homelessness, since 2010, that number has dropped by half," Carson answered. "Just last year, it dropped by 5.4%, and a lot of it has to do with the partnership between HUD and the VA with HUD providing the housing the VA providing wraparound services, but that, coupled with some of the public-private partnerships, has expanded around the country. Seventy-three communities have declared a virtual end to veterans’ homelessness. Three states and a fourth state will soon be doing the same thing.”

The latest numbers released last year from the U.S. Interagency Council on Homelessness showed that there were 705 homeless veterans living in Georgia, which accounted for 7% of the total homeless population.

The conversation with Carson also hit on other issues, like recent tweets from President Trump telling four congresswomen to go back to where they came from. Those tweets led to divided opinions over whether they were racist. The HUD secretary defended the president, saying he understood where Trump was coming from.

“If someone comes into your dwelling and they say, you know, ‘I don't like your carpet. I don't like the paint on your wall. I don't like the way your house smells. I don't like your food,’ you might be tempted to say to them ‘there's the door,’” Carson said. “You may be more tempted to say that if they say, ‘I want you to change all of this stuff to my liking.’ That's a frustration that many Americans feel, you know, particularly the people that you're talking about some of the more radical elements that want to abolish ICE; you know, they demonize our border patrol people and the police.”

Carson said people could fix the issues facing the country if they worked together and that the same goes for affordable housing. He cited the example of an area in Miami that was redeveloped for all incomes and offered people originally living there first choice. He said more initiatives like that are key to solving the nation’s affordable housing crisis. 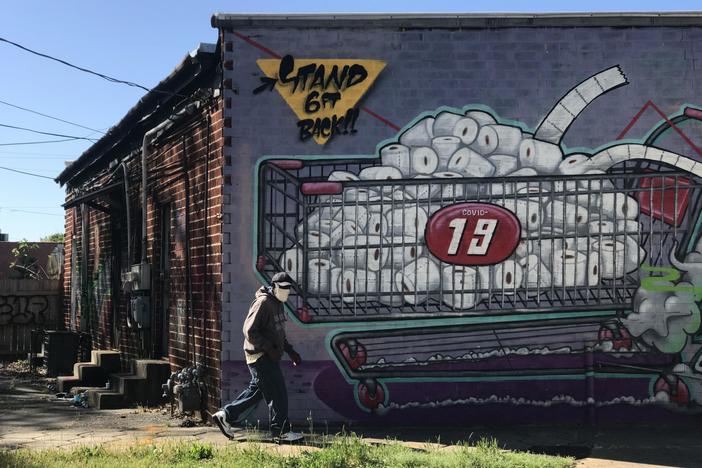