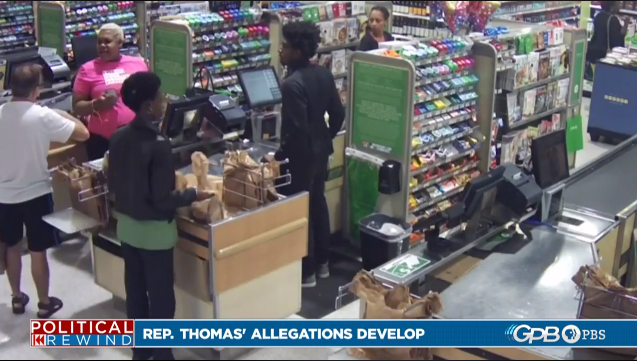 Store surveillance video shows a confrotation between a state lawmaker and Publix shopper.

On this edition of Political Rewind, allegations presented by Rep. Erica Thomas, as the victim of a racist taunt in a Cobb County supermarket, now appear to have unfolded differently than she described. What do the furiously partisan responses to the story tell us about the current political climate?

Georgia Democrats on Capitol Hill went into the Mueller hearings with little appetite to call for impeachment. Now, in the aftermath of the performance from Mueller, has the air gone out of the impeachment movement?

Environmentalists around the state are outraged by a proposal that would allow commercial mining in the Okefenokee swamp. Additional concerns are growing in the northern part of the state where a sterilization plant is reportedly releasing dangerous chemicals into the air.