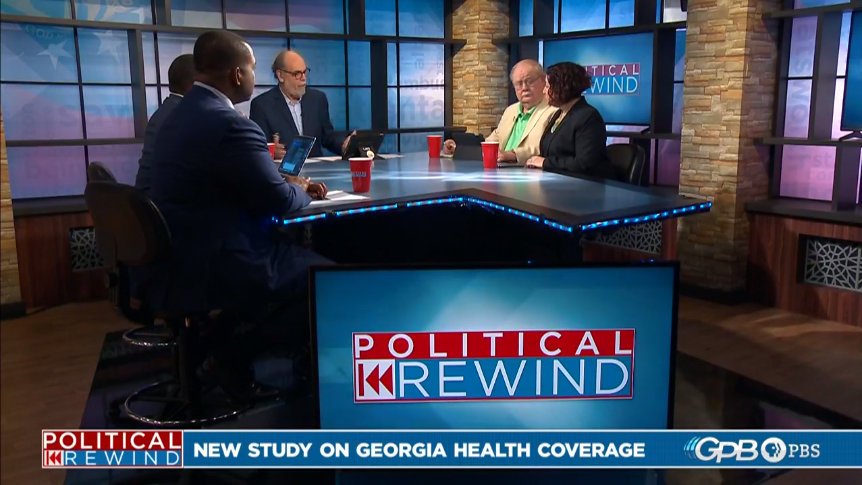 On this edition of Political Rewind, a state commissioned study shows Georgia faces a major challenge in providing health coverage to its poorer residents. The report will be used by officials to draft waivers for expanding medicaid and insurance protections.

This week, new issues that will likely affect Georgia’s 2020 congressional race have been at the center of media coverage. How will suburban voters react to President Trump’s tirade against four freshmen congresswomen of color? Plus, how will the house vote to raise the minimum wage play in Georgia campaigns?

An African American Republican, who was once an enthusiastic supporter of President Trump, says he has had enough. Former GOP official Leo Smith will speak about his decision to disavow the president, as well as the backlash he has triggered.