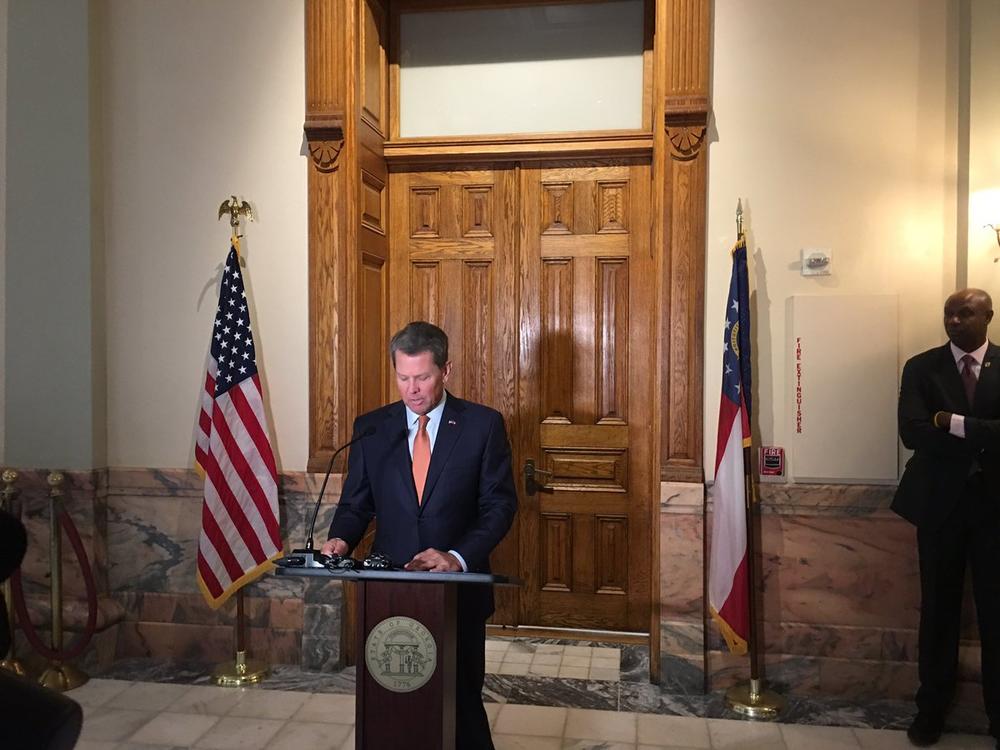 Caption
Gov. Brian Kemp announces John King will serve as the Georgia Insurance Commissioner during the suspension of Jim Beck who faces charges of federal fraud.

Gov. Brian Kemp has named a new insurance commissioner to take over during the suspension of Jim Beck. John King will take over at the Georgia Department of Insurance while Beck faces an indictment on federal charges of fraud and money laundering.

King currently serves as the police chief for the city of Doraville and has worked in metro Atlanta law enforcement since 1985. As a native of Mexico, King's service as an officer has been marked by his impact on the diverse population in the city.

After taking over as chief he made it a priority to have bilingual officers, multiple translators and educational programs for youth and residents. King also serves as a brigadier general in the National Guard.

He will serve as the commissioner in place of Beck and would potentially be eligible for reelection to the post in 2022. While suspended Beck will continue to receive his salary, King will also be paid the commissioner's salary.

Beck was indicted in May on 38 federal charges after a grand jury alleged he was behind a $2 million scheme defrauding the Georgia Underwriting Association from February 2013 to June 2018. Beck served as the GUA’s general manager before being elected to statewide office last November. During his arraignment, he recused himself from any decision making as the insurance commissioner that could impact the GUA.