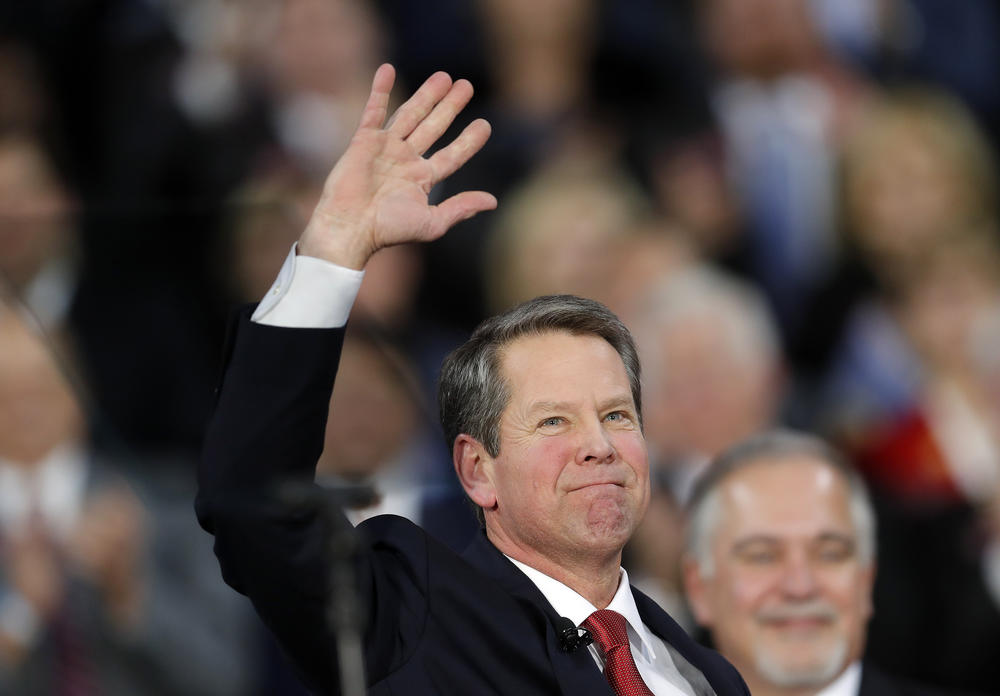 Brian Kemp waves after being sworn in as Georgia's governor during a ceremony at Georgia Tech's McCamish Pavilion, Monday, Jan. 14, 2019, in Atlanta. (AP Photo/John Bazemore)

On this edition of Political Rewind, Gov. Brian Kemp is working on building a new healthcare waiver system. The governor has hired a firm to draw up plans in hopes of expanding Medicaid and giving a financial boost to private insurance buyers. How broad will the expansion program be and will there be a role for outside input before plans are finalized?

Delta is about to lose $40 million due to a jet fuel tax exemption. The tax break has been the subject of fierce debate for years and has raised questions regarding whether conservative legislators are damaging the state’s reputation for being business friendly.