How Picky Eaters Can Help Hungry Classmates On The Weekend 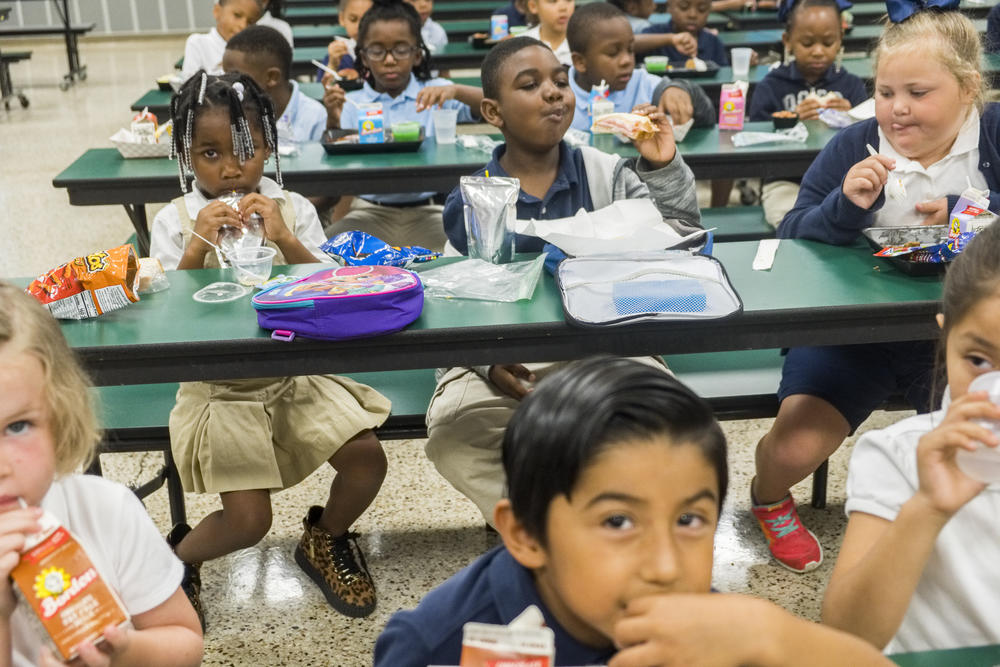 Principal Lynn Janes knows she is responsible for some hungry kids.

“We have a lot of students, who, the only times that they really get a full solid meal is here at school,” Janes said.

Janes is the principal at International Studies Elementary Charter School in Albany. That’s one of the 1,500 or so schools in Georgia where, because they don’t have much money, many students qualify for either low cost or free lunches. In the case of International Studies, a lot of those kids are the children of recent Latin American immigrants, many of whom lost their homes during Hurricane Michael last year.

Janes said, when she began working at International Studies it was easy to spot the kids in the cafeteria who weren’t getting enough to eat at home.

“You would see them just like scarf down the food and then just sit there why everybody else was eating. And then there were other students of ours that would just...I saw so much waste....that just would just throw the food, you know get a tray and then hardly eat anything on it,” Janes said.

“And that was very concerning to me as an elementary principal, or just as a human being.”

The fact that good food was going to waste bothered Albany resident and former teacher Cathy Revell, too. She decided to do something about it.

“It was laid on my heart that it was something I needed to do,” Revell said in the hall outside the cafeteria at International Studies Charter on a recent Friday.

“I decided I was gonna take it on and go with it.”

It’s not just in Albany where food waste is a problem. Nationwide, schools waste about $5 million in food every day. Revell said you can blame some of the waste on the rules the kids have to abide by under the USDA National School Lunch Program which provides their food.

“They are required to pick up certain number of items, either a fruit or vegetable or a milk or protein.... got whether they want it or not,” Revell said.

It’s all in the spirit of providing children with what the USDA defines as a balanced meal, which, if you know kids, is seldom what they want to eat.

So last year, Revell came to the school board with a plan: collect the food that kids get in the cafeteria line, but which they never wanted to eat, before it gets to the trash can. Then save it to send home with hungry kids on the weekend when they can’t count on school meals.

Janes loved what she heard. The idea got the greenlight. Since then, Revell has been hard at work at International Studies and nine other Albany schools.

“We've saved twelve tons out of the landfill,” Revell said. “That was as of February and that was not when we had all 10 schools up and running.”

What Revell launched is the Albany chapter of a program called Helping Hands Ending Hunger and it works like this.

Once lunch is over, students have to pass two of their classmates who look over their trays for unopened food, but only food that came from the lunch line. Food from home is off limits.

The food that fits the health and safety rules of the program gets set aside and later taken to a closet repurposed with freezers and coolers.

“We freeze the peanut butter and jelly, any kind of breakfast bread, frozen fruit cups,” Revell said while showing off the freezer room.  “And we freeze the juice because the juice acts the ice in the bags as they go home. To keep things cold.”

Not a food pantry

At the end of the week the food is packed in special insulated backpacks for kids to take home. A typical backpack will have about a gallon of milk split up in half cup servings, plus things like prepackaged sandwiches, cheese and fruit. It’s the kind of food that kids can eat on their own without getting a grown-up’s help.

“We have a lot of kids that go home and they might not even have an adult at home at night,” Revell said. “And that's why it's important this is different than a food pantry. Canned food or a box of mac and cheese is something that an adult has to prepare. If there isn't an adult, then the kids got a chance to have that to eat.”

All students are offered the chance to participate in the program. That’s to erase the stigma that might surround asking for help. In six months the program has redirected a little over 21,000 meals in Dougherty County.

While Revell runs the Albany chapter of Helping Hands, the program at large was founded by Carla Harward and her daughter, Sophie. They were inspired by two classmates of Sophie’s, brothers, for whom a teacher asked Carla Harward to help get food.

“Turns out that their family had been seen digging through the trash after a football game trying to get food to eat,” Harward said. “I had no idea that you know we would even be talking about kids that had nothing to eat in in our area or you know anywhere in the United States.”

Before they could launch their plan, attorney Carla Harward had to convince the state department of health they would not violate Georgia food safety rules.  She succeeded and now has what she says is a turnkey guidebook for volunteers to set up food collection at any school.

“We have a supply list of equipment that each school should have so that they can follow these food safety protocols,” Harward said.

Harward says you need $2,000 for the equipment and plus some volunteers like Revell. Helping Hands even handles program training.  So far, the program has put together about 300,000 meals in 25 Georgia schools over the last two years.

Spotty transportation is a big obstacle for people who need food pantry help. It can just be tough to get to the food bank. Harward said since the Helping Hands acts as a census of the hungry families in a school community, it  has been able to help existing food banks get food where it needs to go, too, just by leaving it at school.

“Because the students are transportation, we just send this food home with them on the bus at the end of the day,” Harward said.

Back in the cafeteria at International Studies Charter in Albany, student teacher Amber Shaw is with her kindergarten students at lunch. Some of them will have backpacks of food to take home later today. For Shaw that means less worry between now and Monday.

“You love these kids, you know?” she said. “They're your kids so to know that they're OK, that they're going home ok? It makes me OK.”

And if the kids come to school less hungry on Monday, it makes the job of teaching them that much easier, too. 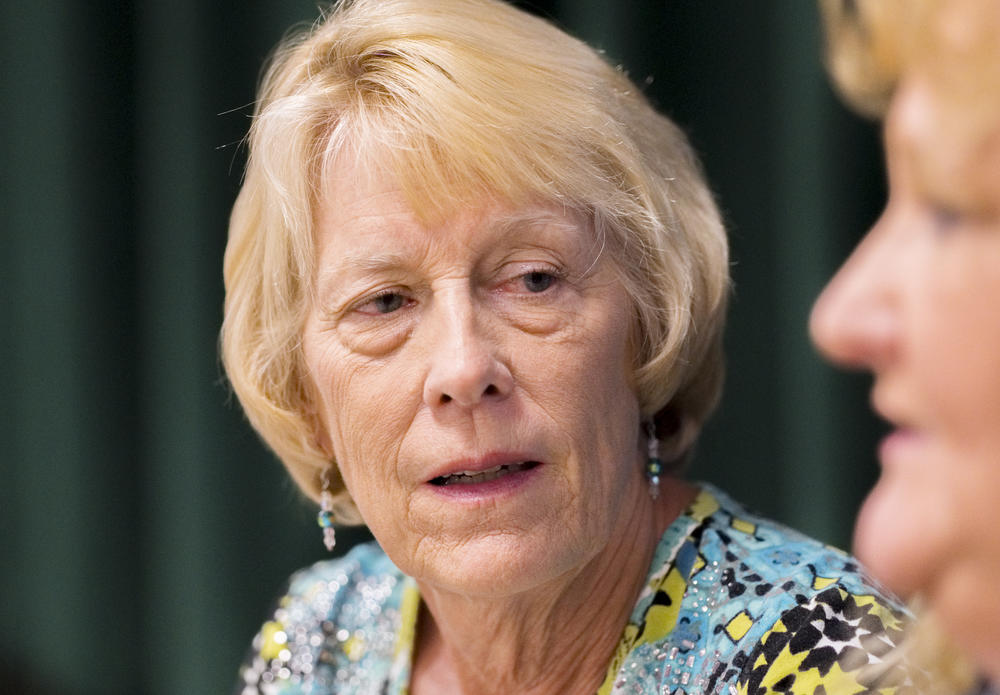 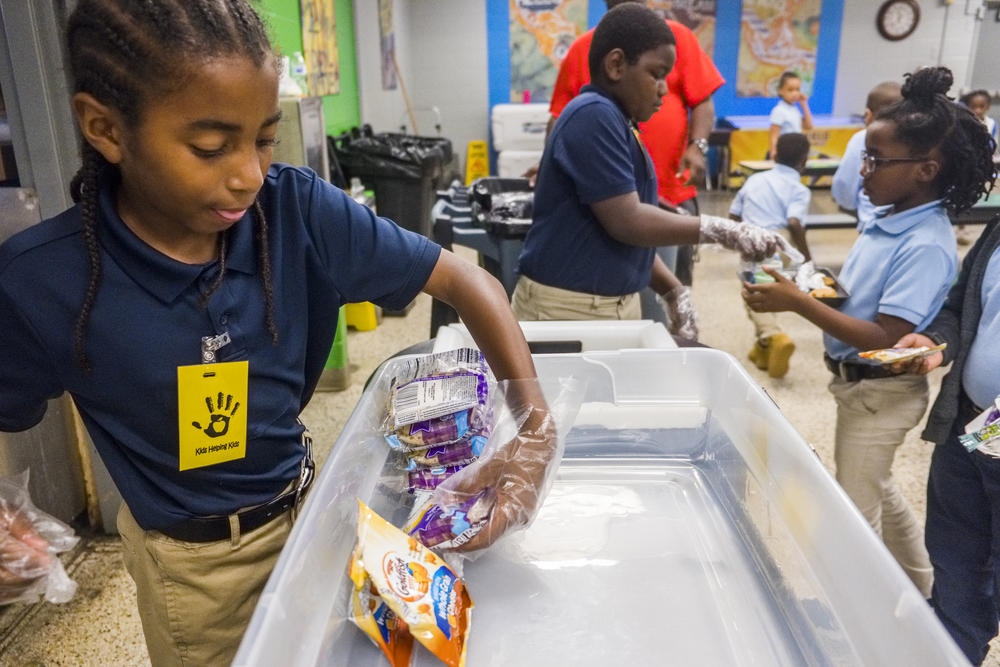 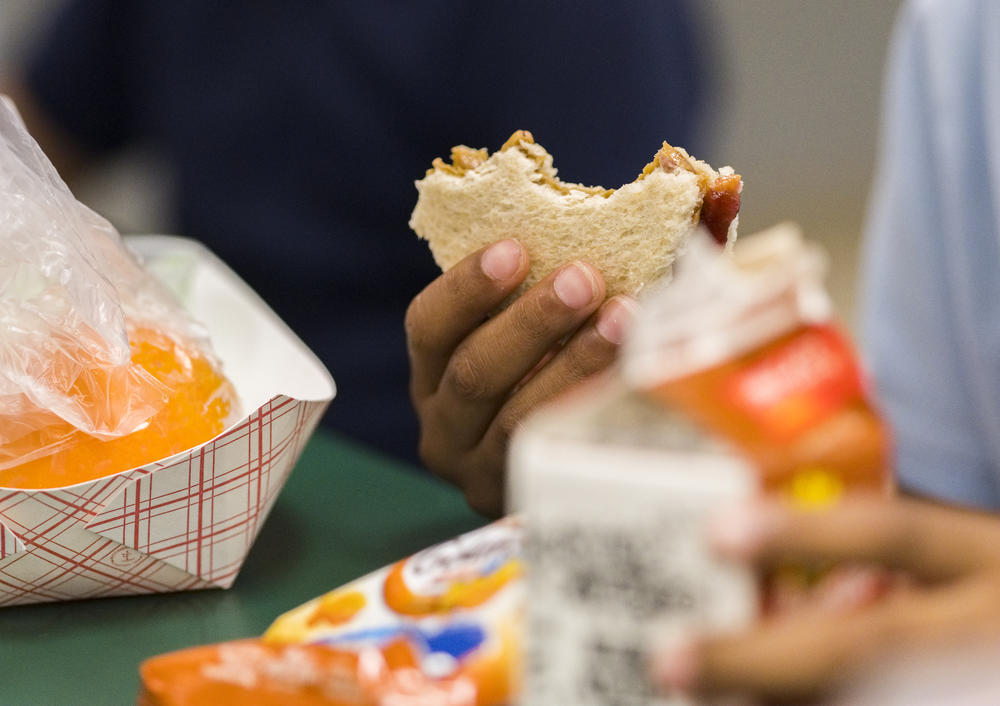 A prepackaged, delivered by the USDA, peanut butter and jelly sandwich in the cafeteria at International Studies Elementary Charter. 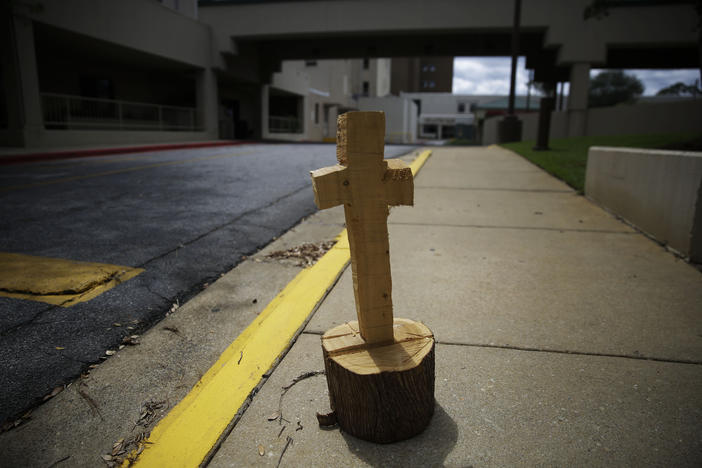 Monday on Political Rewind , in-person early voting begins but there will be fewer polling places open than usual. Measures are being taken at many... 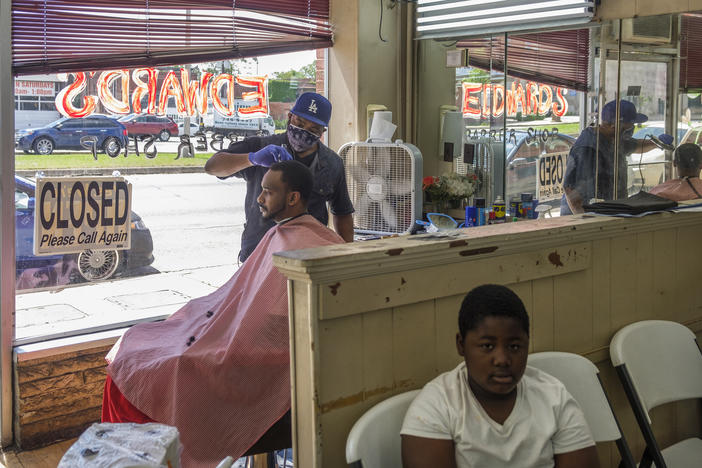 Macon barber Marshall Hughes, like barbers across Georgia, has been idle lately. Not so for his daughter. She’s in her second year as a nurse at the... 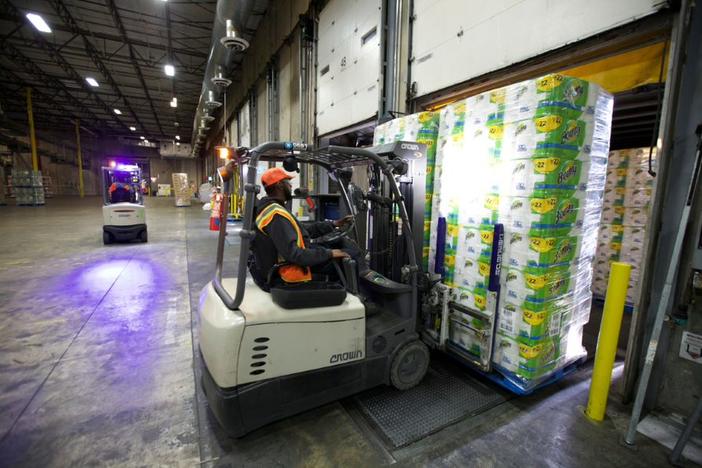 John Patteson spent the last 16 years working for the Procter and Gamble paper plant in Albany, which is a hotspot for coronavirus in Georgia. In a...