Atlanta, Macon And Most US Cities Aren't 'Full' – So Why Does President Trump Say They Are?

Following a recent visit to the border with Mexico, President Donald Trump said the United States is "full."

Fact checkers were quick to counter that declaration. They cited an aging and shrinking workforce, as well as America's slowing population growth, which is now at its lowest level since 1937. And cities like Atlanta and Macon are nowhere near capacity, according to Tim Keane and Josh Rogers.

Keane, who is commissioner of city planning for the city of Atlanta, told On Second Thought his aim is to increase Atlanta's population from 485,000 to 1.2 million over the next "generation of growth."

"The city's way closer to empty than full," Keane said. "Cities are better with more people, and the problems that we face that are the most difficult problems – let's mention mobility and affordability for instance – are easier to address with more people."

Rogers, who is president and CEO of the public-private partnership NewTown Macon, is also working to reverse decades of suburbanization and population decline in middle Georgia.

"Density solves almost every other problem," Rogers said. "That's certainly how we're designing ourselves now – is to be enticing for a walkable neighborhood and a high quality of life in a dense, downtown area."

We also spoke with Sonia Hirt, dean of the College of Environment and Design at the University of Georgia. Hirt joined On Second Thought to explain the cultural attitudes that inform the president and other Americans' perception that the U.S. as "full," despite the country's relative low population density.

"For a very long time, the American promise ... was somewhat inherently related to the idea of space – that the individual family would have more space than they could have in other countries," Hirt told On Second Thought. "American metropolitan areas are of lower density than those anywhere else in the industrialized world." 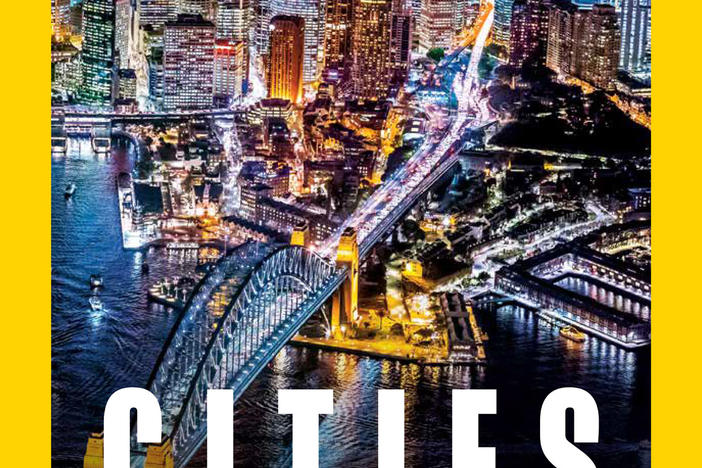 National Geographic Sees The Future Of Cities In Atlanta, Duluth

By 2050, the world's population is expected to reach 9.8 billion people. According to a report by the United Nations , nearly 70% of them are projected...