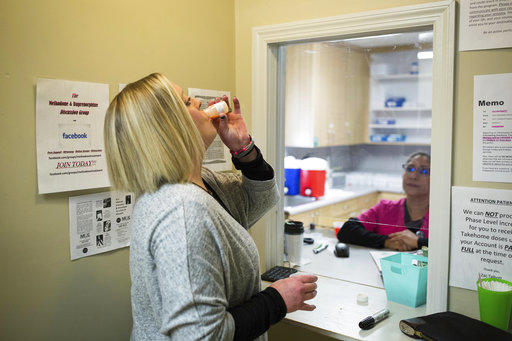 Caption
In this March 8, 2017 photo, Ashley Gardner, 34, takes a dose of methadone at Counseling Solutions of Chatsworth, Ga. Gardner, 34-year-old woman said her addiction started in the seventh grade when she wanted to numb the pain after she was sexually assaul

The Georgia Department of Behavioral Health and Developmental Disabilities recently received a $10.3 million grant from the Department of Health and Human Services. The funding will expand access to medication-assisted treatment for opioid addiction and overdose, HHS Deputy Secretary Eric Hargan said Tuesday.

Hargan called naloxone, a medication used to stop an opioid overdose, the "gold standard for helping people with opioid and substance use disorder" because there is no hope without life. Stopping death from overdose is the first step in fighting what Hargan called a public health crisis of the highest magnitude.

More than half of the people who have substance use disorder were introduced to it by a by a family member or friend, according to surveys that HHS conducted. In many cases, people were prescribed pain relievers like opioids and unused medication was left over.

Congressman Earl "Buddy" Carter spoke Tuesday at the Rx Drug Abuse and Heroin Summit in Atlanta. He reminded leaders that he is the only pharmacist serving in Congress and urged others to grasp the situation with the opioid epidemic.

"We've got to understand and we've got to address this situation of how [do we] we prevent this from happening," Carter said. "How we decrease the number of prescriptions, but also, what do you do with that 2.5 million people out there who are currently addicted to the opioids? How do you get them back into society?"

Hargan did not attend the drug conference, but said the Trump administration hopes the recent grant money will help expand acccess to naloxone and medication such as buprenorphine, which treats pain as well as addiction to narcotic pain relievers. After President Trump declared the opioid crisis a public health emergency in 2017, Congress responded with resources and funding. Now, local legislators are taking action.

One of those nationwide programs intended to help locally is the drug takeback day, set for Saturday this year. Hargan said 457 tons of unused medication were turned in last year.

"And we're dealing with pills here," Hargan said. "That's a lot of pills that we were able to recover and dispose of last year."

Hargan said there is a growing awareness about the help available and that communities are not struggling alone. He said he came from a small, farm town of about 800 people in southern Illinois, where substance use disorder has long been a problem. "But it's really expanded to everywhere; it's a national crisis at this point," he said.

Last year, a pastor in Canton tested the idea of starting a syringe exchange program in Cherokee County, but despite buy-in from industry leaders, the church didn't have a clear path forward because Georgia had no law regulating this type of harm-reduction program. That's now changed after Gov. Brian Kemp signed a bill into law earlier this month legalizing needle exchanges.

"You have to get people off of the thing that's killing them," Hargan said, adding that local leaders and programs have to take over to meet people where they are and provide the services that will get them through treatment and into recovery. 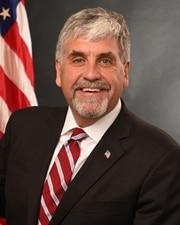 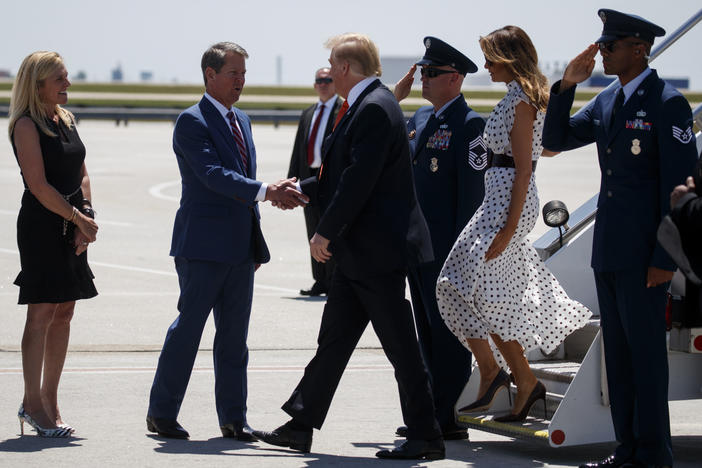 Speaking at the National Rx Drug and Heroin Abuse Summit in Atlanta, President Donald Trump told attendees that his support for faith-based initiatives... 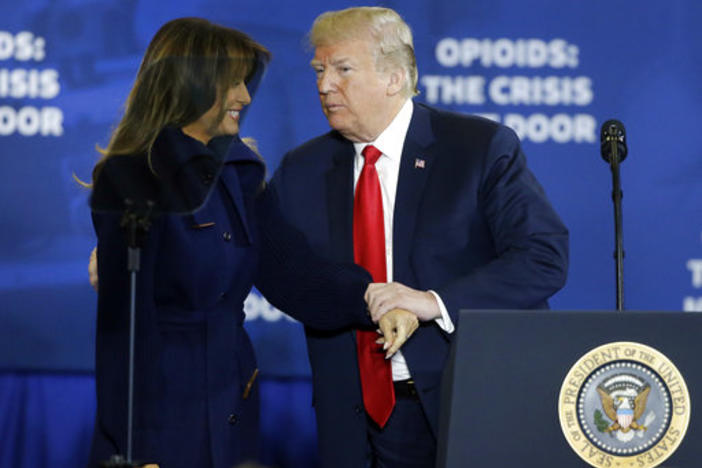 President Donald Trump and first lady Melania Trump will discuss the opioid crisis at an Atlanta summit. The White House announced the April 24... 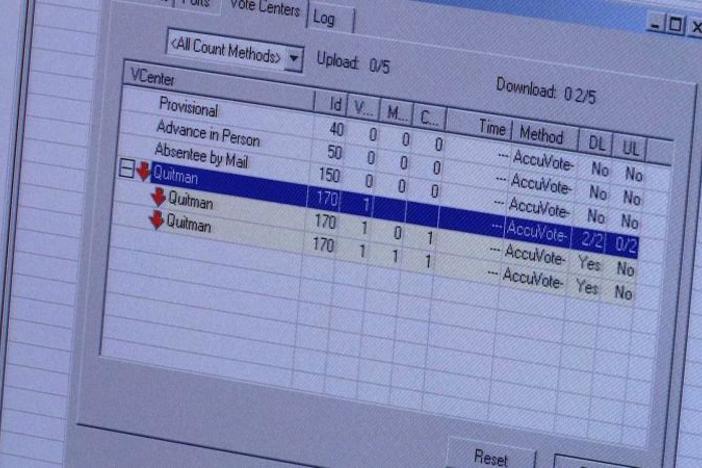 On this edition of "Political Rewind," how did voter data end up being erased from state computers even as a lawsuit challenging the integrity of...