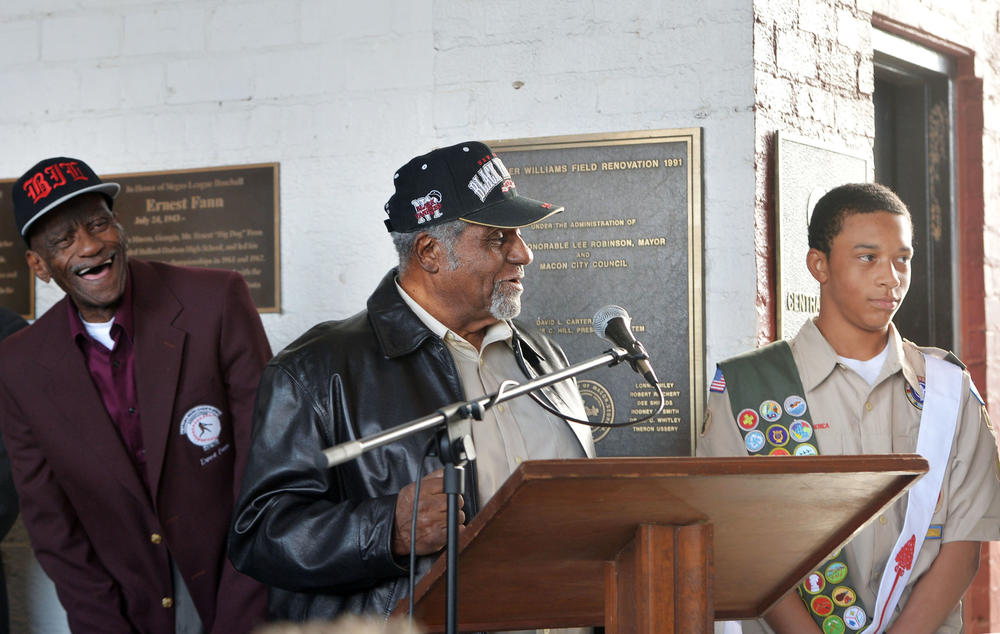 Gordon Smith  is one of the few African American players on the J.V. baseball team at Mount de Sales Academy in Macon, Ga.

On a recent, Spring like afternoon the baby-faced shortstop and the other players took some serious batting practice. What was clear is that Smith loves baseball.

His love of baseball and a recent family vacation to Missouri lead him on a journey to find his roots.

"We went to Kansas City and we went to the Negro League Museum there and I had an idea, a thought, if any Negro League players were from Macon," Smith said. "When I came home we did our research and I found that there were four.  And I wanted to honor them."

He set out to find these men. With the help of the museum in Kansas City, Gordon identified Lemuel Hawkins and Marion Cain, who are now deceased.

He also found Robert Scott and Ernest “Big Dog” Fann.  That nickname has stuck with Fann since he was 6 years old, after a kid in the neighborhood decided Ernest just wouldn’t do.

"He said, 'We're not going to call you Ernest,'" Fann remembered. "'  Ernest sounds like a girl’s name.  You are bigger than us, so we gonna call you Big Dog.'"

Fann now lives in Alabama.  But after talking to Gordon, he travelled to Macon and joined Scott, who lives in the city, for a ceremony honoring the four Maconites who played in the Negro League.

As part of an Eagle Scout project, Gordon raised money for the four plaques that hang on the walls at Macon’s Luther Williams Field.  No team currently plays at the park. But it's the second oldest minor league stadium in the country. And it’s full of history. Williams Field was the setting for the major motion picture “42” a bio-pic about Jackie Robinson, a former Negro League player who broke Major League Baseball's color barrier.

Like Robinson, Big Dog played Negro League baseball before transitioning to the major league baseball system. He's now in his 70s, wearing a burgundy jacket with a Negro League patch on it and a baseball hat. And he still looks like he could throw a fast ball….fast.

"Right now it hit me that what I did was important.  And that’s one of the greatest feelings you could have," Fann said. "To know you went through life and impacted the country. That’s a good feeling.  I feel great right now."

Ray Doswell, curator of the Kansas City Negro Leagues Museum in Missouri, helped Gordon find Big Dog and the others.

"There are lots of layers to the story of black baseball," said Doswell, who said Negro League history often bubbles up from the grass-roots.

Gordon says he’d like to play professional baseball one day, and after he retires, he’d like to be a marine biologist.  And Gordon says helping to find the four Negro Leaguers, gives him the drive to follow his own dreams. 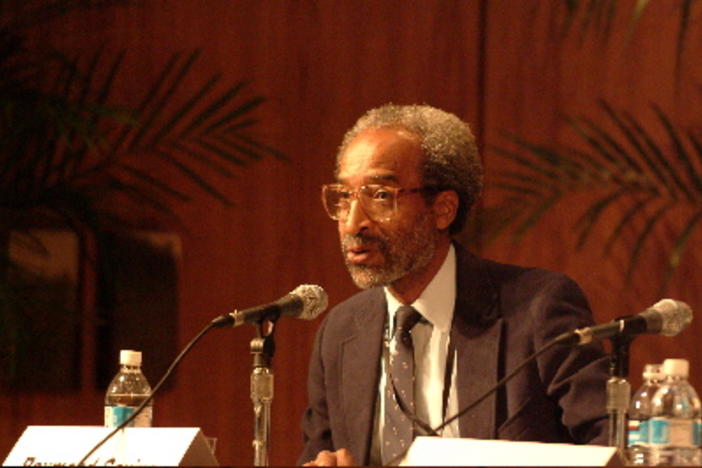 Professor Raymond Gavins passed away last week, at the age of 77, leaving behind a powerful legacy from his time as a historian at Duke University. The... 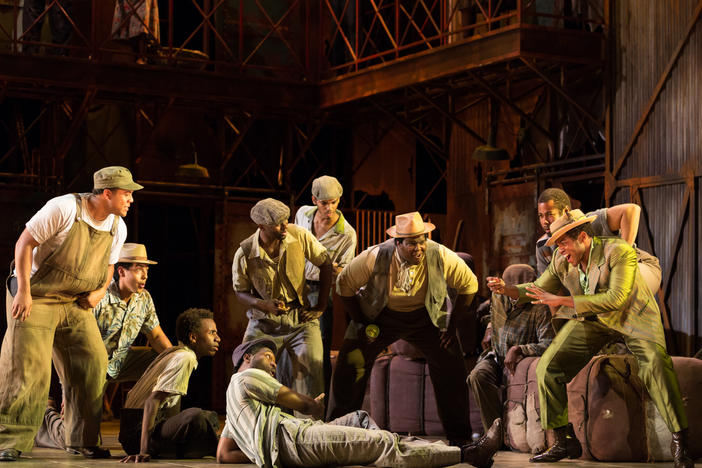