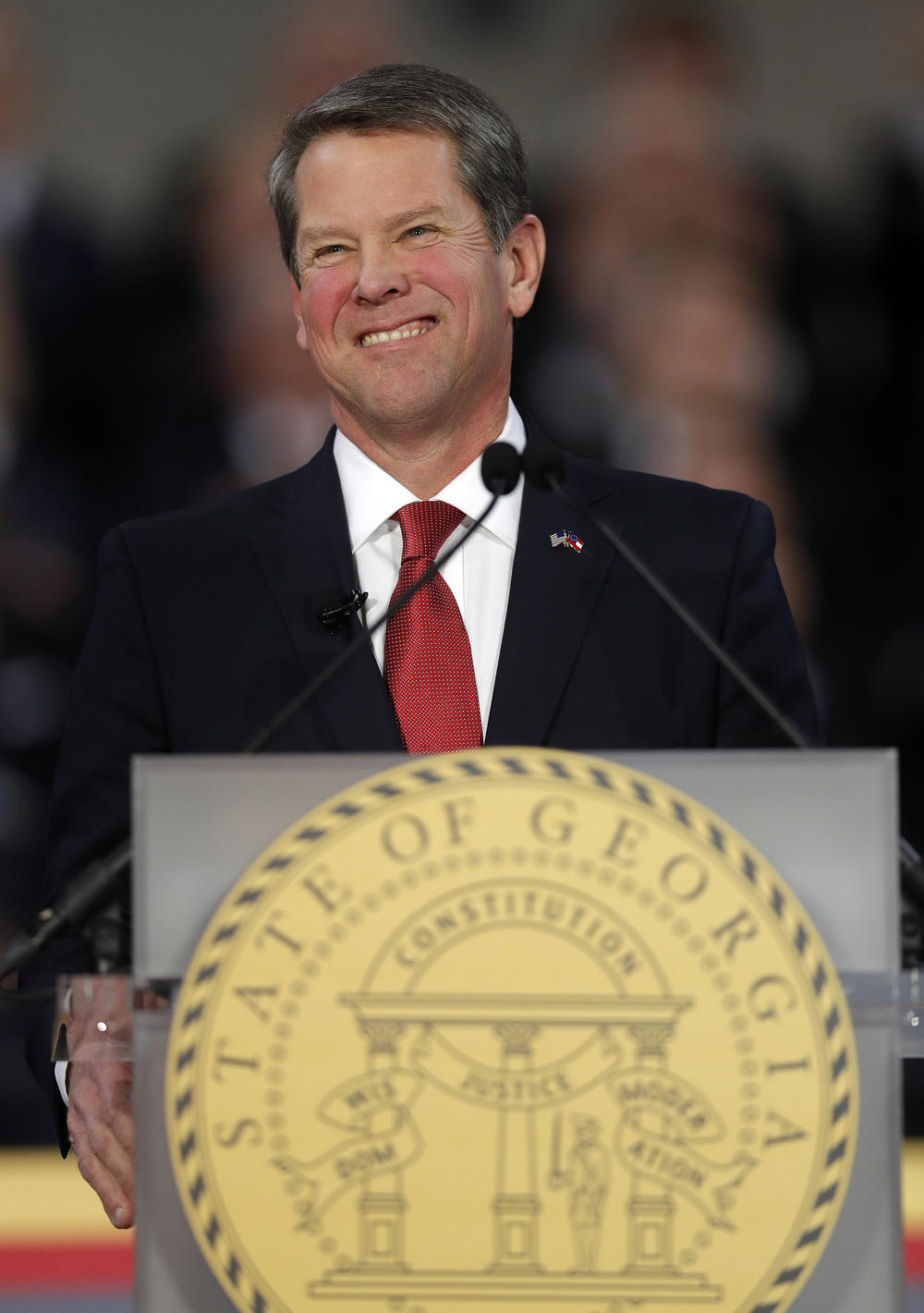 Gov. Brian Kemp speaks after being sworn in as Georgia's governor during a ceremony at Georgia Tech's McCamish Pavilion, Monday, Jan. 14, 2019, in Atlanta.

On this edition of Political Rewind, Governor Kemp says he’ll ask the legislature to approve a plan for Medicaid waivers that will make health care more available to poor and middle-class Georgians.  How will the plan fare among lawmakers and Georgia voters?

The battle for the North Metro Atlanta suburbs is about to heat up.  GOP Congressman Rob Woodall says he won’t run for a second term.  Democrats see it as a chance to pick up the seat, but a host of candidates in both parties are preparing to run in 2020.

Plus, Stacey Abrams made a splash on the national stage this week and pressure is intensifying for her to declare whether she’ll challenge Republican David Perdue for his U.S. Senate seat.   One of our guests, Teresa Tomlinson, is waiting in the wings to decide if she’ll join in the race.