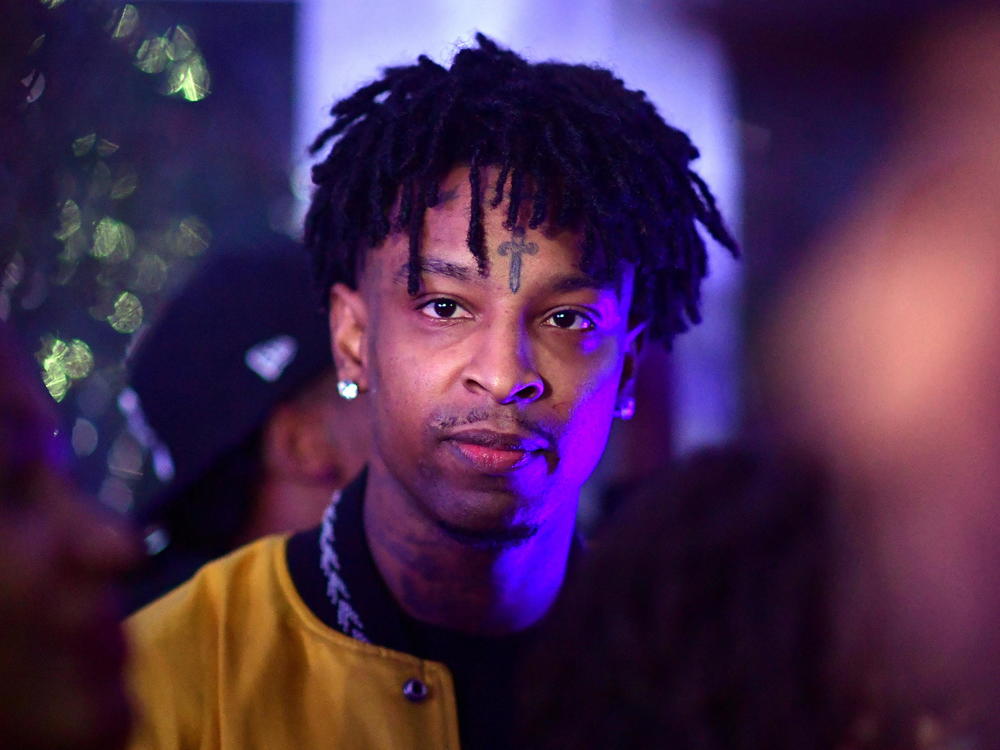 Caption
Rapper 21 Savage attends an event related to his new album, I Am > I Was, in Atlanta. The rapper, whose real name is She'yaa Bin Abraham-Joseph, was arrested Sunday by U.S. Immigration and Customs Enforcement.

Attorneys for Atlanta-based rapper 21 Savage are fighting to have him released from federal immigration custody and say the detention is to "unnecessarily punish him and try to intimidate him" into leaving the U.S.

26-year-old She’yaa Bin Abraham-Joseph has been held by U.S. Immigrations and Customs Enforcement since Sunday morning after they say he overstayed a visa and is actually a citizen of the United Kingdom.

In a statement, Atlanta attorney Charles Kuck said ICE is holding the Grammy-nominated rapper without bond and has not charged him with a crime. Kuck said Abraham-Joseph’s family overstayed work visas in 2005 when he was a minor and was living in the U.S. “through no fault” of his own.

FULL STATEMENT from attorney Charles Kuck: 21 Savage “has never hidden his immigration status from the US government” and says @ICEgov has not charged him with a crime. #21Savage pic.twitter.com/oRczJE46Cw— stephen fowler | covering georgia politics (@stphnfwlr) February 4, 2019

The statement also says 21 Savage has a pending U visa, which is a nonimmigrant visa for “victims of certain crimes who have suffered mental or physical abuse and are helpful to law enforcement or government officials in the investigation or prosecution of criminal activity,” according to the U.S. Citizenship and Immigration Services website.

“Mr. Abraham-Joseph has never hidden his immigration status from the U.S. government,” Kuck said in a statement. “The Department of Homeland Security has known his address and his history since his filing for the U Visa in 2017, yet they took no action against him until this past weekend.”

ICE spokesman Bryan Cox told the Associated Press in an emailed statement Sunday that Abraham-Joseph was convicted of felony charges in October 2014, but Kuck said in the statement that the agency was holding him on “incorrect information about prior criminal charges.”

GPB News has been unable to reach ICE for comment.

21 Savage is up for two Grammy awards, including record of the year for the song “Rockstar” with Post Malone. His most recent album, “I Am > I Was,” debuted at the top of the Billboard 200 albums chart in December.

DeKalb County jail records show frequent collaborator Quantavious Thomas, better known as local rapper Young Nudy, was arrested Sunday as well on aggravated assault and street gang charges. It was during this traffic stop and arrest that 21 Savage was turned over to ICE.

Read the full statement below:

Statement on behalf of 21 Savage via Charles H. Kuck, Esq. of Kuck & Baxter:

ICE detained She’yaa Bin Abraham-Joseph, the well-known Atlanta based recording artist and songwriter also known as “21 Savage”.  Based upon incorrect information about prior criminal charges and now refusing to release him on bond of any amount, despite the fact that he has a pending U-Visa application (as the victim of crime) with USCIS, and that he has relief from removal available to him. Mr. Abraham-Joseph has never hidden his immigration status from the US government. The Department of Homeland Security has known his address and his history since his filing for the U Visa in 2017, yet they took no action against him until this past weekend.   ICE can only continue to detain individuals who are a threat the community or a flight risk to not show up at their hearings. Obviously, our client is not a flight risk, as he is widely recognizable, and a prominent member of the music industry.  Likewise, Mr. Abraham-Joseph’s is clearly not a danger to the community, and in fact, his contributions to local communities and schools that he grew up in are examples of the type of immigrant we want in America.

ICE has not charged Mr. Abraham-Joseph with any crime.  As a minor, his family overstayed their work visas, and he, like almost two million other children, was left without legal status through no fault of his own.  This is a civil law violation, and the continued detention of Mr. Abraham-Joseph serves no other purpose than to unnecessarily punish him and try to intimidate him into giving up his right to fight to remain in the United States.  He rose above the difficult circumstances of his youth to achieve success and make contributions to our society that rival any of those by a natural born citizen.  Mr. Abraham-Joseph has US citizen children that he supports and is eligible for relief from deportation.  We and he will fight for his release, for his family, and his right to remain in our country.  No one would expect less from him. 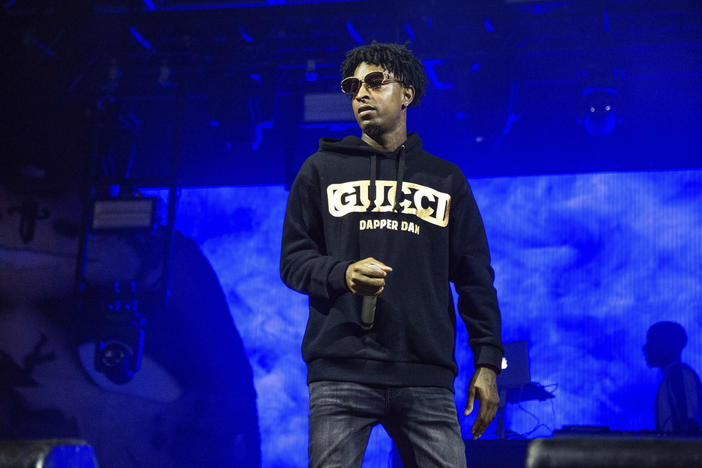 Atlanta-based rapper 21 Savage spoke out Friday for the first time since he was released from U.S. Immigration and Customs Enforcement. The rapper,...