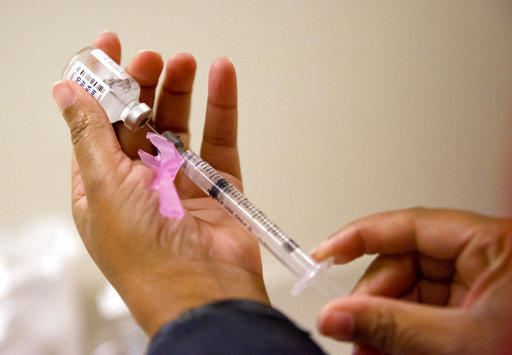 Caption
One person has died of influenza and thousands more have reported flu-like symptoms in Georgia.

Get your flu shot now if you haven't already; it's not too late.

That's the advice from public health officials at the Georgia Department of Public Health and the Atlanta-based Centers for Disease Control and Prevention after Georgia ranked highest in flu-like illness for the second week in a row.

"We've seen influenza hospitalizations and we've seen an influenza-associated death," Kunkes said. "It's a big reminder that everyone who can should get their influenza shot if they haven't already."

A group of physicians and emergency departments across the state volunteer to report how many patients they saw that week and how many of them met that case definition of influenza-like illness, said Lynnette Brammer, who works in the influenza division at the CDC.

Brammer cautioned that thought Georgia did have the highest rates of flu-like illness in the country, the rates are still relatively low and are as expected.

"Things start to go up this time of year," Brammer said. "There's a lot of respiratory virus out there right now."

During the 2017-18 influenza season, 154 people died in Georgia and many more were hospitalized, but what we've seen so far this season is par for the course, Brammer said.

Predicting the weeks after the holidays are tough, but Brammer said the trend is for flu illness to wind down.

"But last year it didn't," she said. "We got through the holidays and, instead of going down like the other years that it looked similar to, (flu cases) just kept going up. And so it's really hard to say what's going to happen."

Influenza comes in different strains as well as subtypes, which can affect populations differently. The H1N1 and H3N2 are both Strain A.

"H1N1 is not typically associated with higher levels of hospitalization and death in the population overall because it doesn't tend to affect the elderly as much as the H3N2 viruses, but H1N1 viruses may be more serious for younger adults and children," Brammer said.

Kunkes said no matter which influenza vaccine you get, you are protected from both strains of the flu. And individuals can get more than one strain of flu in the same season.

"We can have influenza peaks as early as December or as late as March," Kunkes said. "Those are the typical times, though we often see an increase of influenza and then it will typically decrease over time."

Health officials can't predict when the peaks will come, but while influenza is circulating everyone over 6 months of age is advised to get a flu shot. 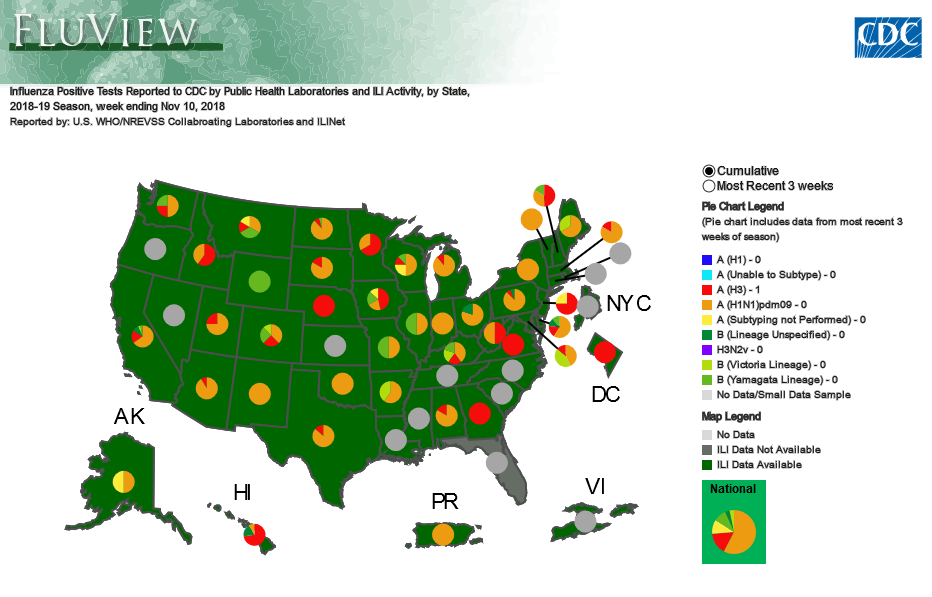