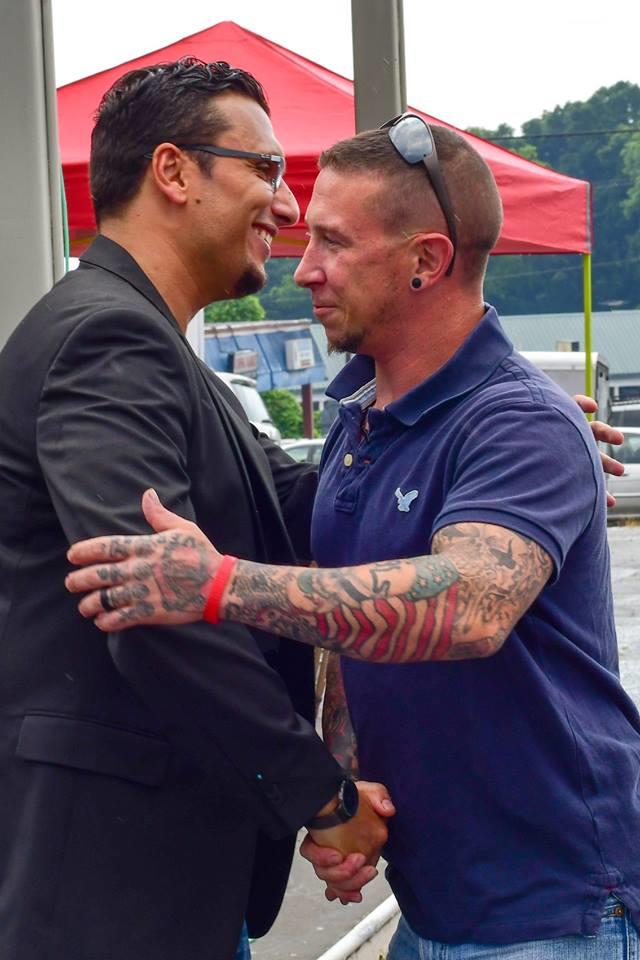 Chris Buckley served in Iraq and Afghanistan before becoming an Imperial Nighthawk of the Northern Georgia Ku Klux Klan. He said he turned to drug addiction and a hate group when he returned home from overseas.

His wife, Melissa, wanted him to leave the KKK. She did some researching and looked for ways to help her husband turn his life around. That's when she met former neo-Nazi skinhead, Arno Michaelis.

Michaelis helped Buckley and introduced him to Dr. Heval Kelli. Kelli grew up in Kurdish refugee camps in Syria. His family moved to Clarkston, Georgia shortly after 9/11. Kelli is now a cardiologist in Atlanta. On Second Thought's Virginia Prescott spoke with the group and learned what led to the friendship between the former Klansman and Muslim cardiologist. Buckley and Kelli both volunteer at The Haven in north Georgia. They're accepting donations to help serve the community.

Buckley and Kelli are also featured in a forthcoming documentary feature film about Clarkston. The Washington Post captured photos of their first encounter earlier this year.

Michaelis also wrote a book about finding forgiveness after hate.

Tyler Morris is a news reporter.