Hunger Still A Challenge A Month After Hurricane Michael 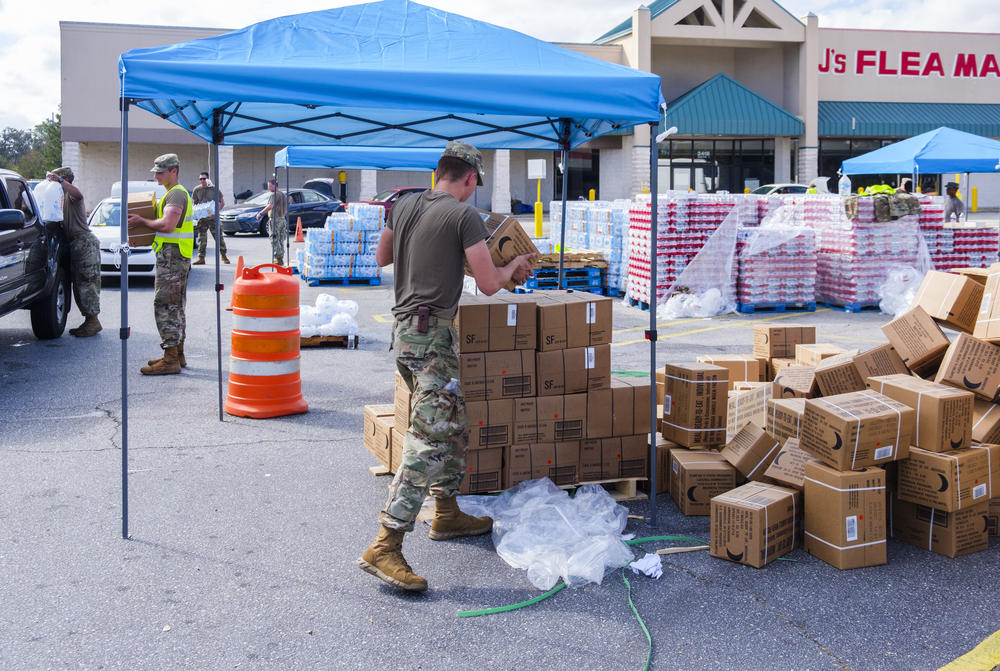 Say what you will about the Pilgrim legend, but Thanksgiving at its heart is a holiday about food. But for many people of southwest Georgia still recovering from Hurricane Michael, food is hard to come by, not just this holiday week but likely well into the future.

GPB’s Grant Blankenship spoke with Eliza McCall of the Second Harvest of South Georgia food bank about the challenges to alleviating hunger after the hurricane. This conversation has been edited for clarity.

McCall: Second Harvest of South Georgia is the regional food bank that serves 30 counties in the southwestern part of the state. We have the highest rates in the state and among the highest rates in the nation. Nearly one in four people is food insecure, which is just a fancy way of saying that somebody doesn't know where they're going to get their next meal. And the problem is worse for kids in our area with one in three kids living in a home without a stable source of food.

Blankenship: And that's even in good times. Times when a hurricane hasn't raked the region.

McCall: That's it. That's just on an average day in the best of times in our area.

Blankenship: What is it you're dealing with on the ground right now?

McCall: What we're seeing is that families that were not food insecure now are. Because they may have lost a home or they may be out of a job or they may have been out of power or water or things like that.

Blankenship: How have you been able to respond to this increased need for help after the storm?

McCall: We work with a network of partner agencies. We have worked with them in the in the immediate days to provide MREs (meals ready to eat) and snack packs and things that required in water and other supplies cleaning supplies that kind of thing. In the ongoing term what we will be providing are pantry boxes and shelf stable items and things for now that people have gotten back in their homes but they're still stuck struggling to try to make ends meet. Because their wages have been affected because they haven't been able to work or because they've had to spend money on repairing homes and that sort of thing. And you know we're we're also having issues where families have been displaced. For families where transportation is already a concern it's a real issue down here. There is no public transportation except one system in Albany.

Blankenship: So if you don't have private transportation there's, no public transportation...pretty much the food has to get to you.

Blankenship: Now I understand that just your ability to store food was affected pretty drastically during the hurricane.

McCall: It has been. It has been. Our Albany location lost its freezer and cooler due to a lightning strike. Our Thomasville facility is we're just working around not having space to to have perishable product frozen or cool product.

Blankenship: Yeah, I mean we think about food banks is like the place you go for for ultimate help with food but who helps the food bank when the food bank needs help.

McCall: So we are hoping that we will see a little bit of relief from the legislature. Because it's an impossibility for us to make up what we have expended both with the loss in the Thomasville freezer in Albany freezer as well as our increased cost.

Blankenship: What are you doing as an organization to deal with this really acute need over the next week to keep people fed?

McCall: While we're waiting to hear from the state and from USDA as to whether or not they will be releasing disaster commodities. Disaster commodities are going to be essential because as you said if you if you don't have private transportation the food has to come to you. And so we will be putting in place mobile food pantry events. We're still in the planning phases of that try to figure out where those kinds of things need to go. 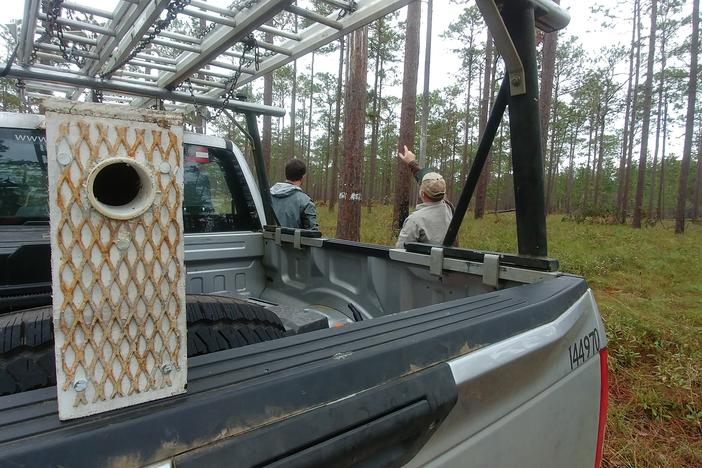 Hurricane Michael damaged and destroyed hundreds of houses in southwest Georgia, but the storm also left some wildlife without a home.