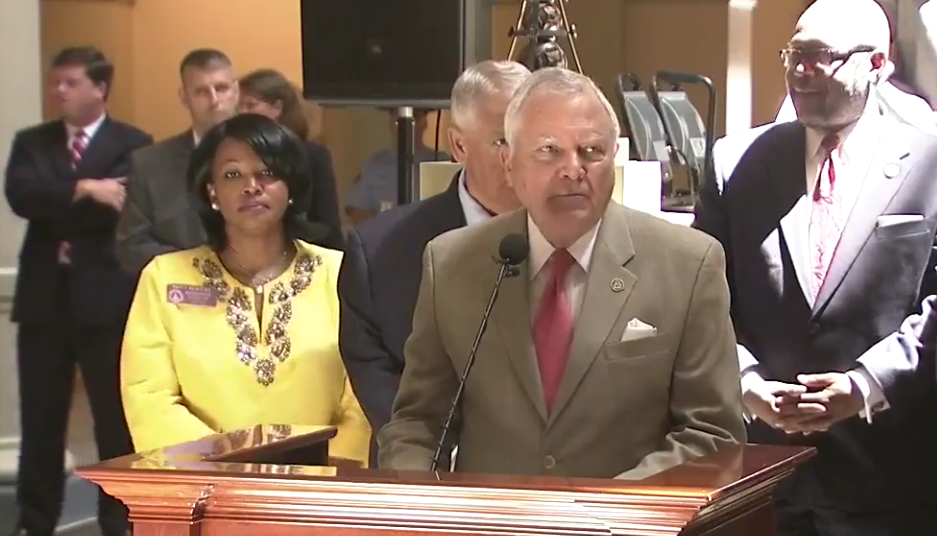 The decision adds to the $75 million in grants approved in 2015. Those millions were earmarked for projects such as Gwinnett County’s Sugarloaf Mills park-and-ride lot to a new audio-visual information system for MARTA rail stations, The Atlanta Journal-Constitution reported.

Deal says the money will relieve congestion along Ga. 400. and the greater metropolitan area.

"That's of course where the greatest congestion is located," Deal said during a news conference at the State Capitol. "That is the place where things like this, a bus rapid transit, can make the most difference and it is a major step for the state to do that."

Deal said he hopes that companies, including Amazon, see this as a good faith investment in transportation and that Georgia is ready to meet the needs of both its people and business.

House speaker David Ralston said every economic development deal coming to the state recently has been of particular interest to metro Atlanta.

"We've seen companies like Mercedes-Benz, State Farm and, yes, Amazon.com tell us explicitly that transit is important to world class companies and their employees," Ralston said. "We cannot afford to fall behind other states...."

Deal also announced the state received a Triple A bond rating from all three major agencies.