It's been 100 years since a Spanish influenza epidemic killed as many as 50 million people worldwide, including 675,000 Americans. A new book on the deadly pandemic is out this week. It's called “More Deadly Than War.” The author, Kenneth C. Davis, talked with us about how the Spanish flu affected the course of World War I.

Comedian Paula Poundstone is afraid she will have to whisper her act at the Miller Theater in Augusta Friday. "Because of the golf," she told us in a hushed voice. Such a quiet routine would be a departure from Poundstone's typically boisterous commentary on NPR's weekly news quiz "Wait Wait...Don't Tell Me!" She's been a panelist on the show more than 200 times. On Second Thought's Virginia Prescott caught up with Poundstone before her show in Augusta. She talked with Poundstone about being the first woman to perform at the White House Correspondents' Dinner in 1992, and her "unscientific" study of the secret to happiness.

Just as we do at the end of every week, this Friday we brought together a group of four smart people to help us break down the week's news. On Second Thought host Adam Ragusea sat down with our Breakroom panel — Soumaya Khalifa, Greg Williams, Natalie Pawelski and Nemr — to put a rest to the Laurel vs. Yanny debate, process the royal wedding drama and analyze the antics of Georgia's GOP candidates for governor. 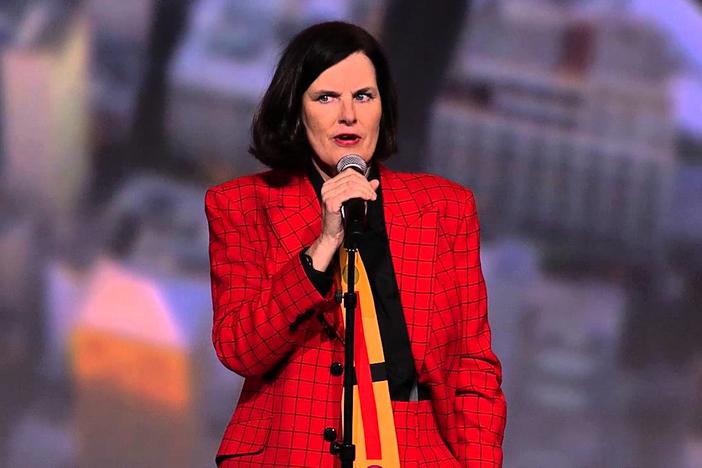 Comedian Paula Poundstone is concerned she will have to whisper her act at the Miller Theater in Augusta Friday. "Because of the golf," she told us in a...

National Public Radio founding mother and media icon Cokie Roberts has passed away at age 75. Reflect on her contributions to public radio and public...

She took her columns for Teen Vogue seriously, and now she’s taking her skills to NPR. On Second Though t met Isabella Sarmiento Gomez, a new NPR Kroc...