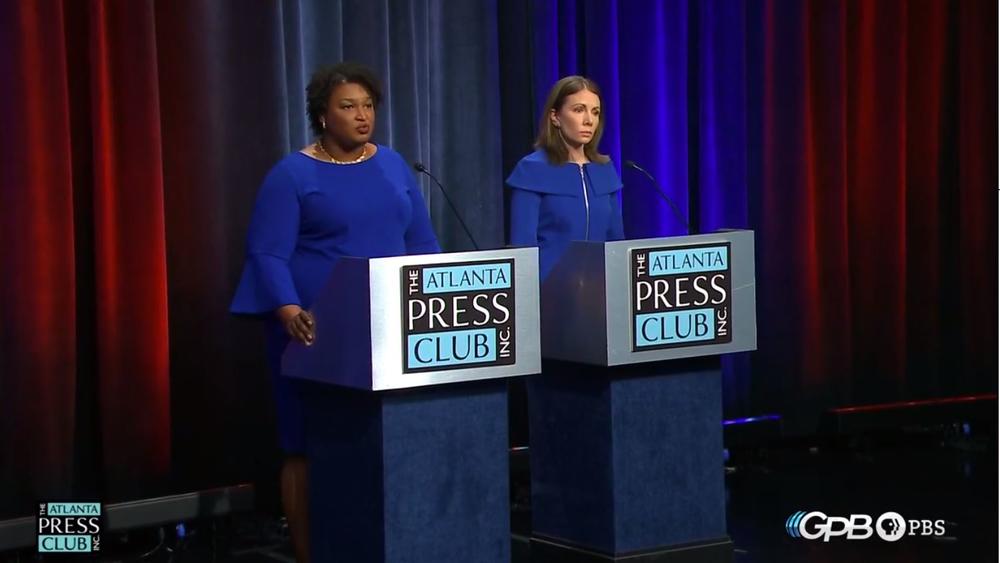 Stacey Abrams (left) and Stacey Evans (right) debate during the Atlanta Press Club/GPB Debate on Tuesday, May 16, 2018 in Atlanta

On this edition of Political Rewind, the Democratic candidates for governor trade sharp blows and share kind words in their only statewide televised debate. Can we expect the same when GOP candidates meet for their debate? Evidence suggests that’s unlikely. Plus, we now have figures showing us just how much the race for governor has cost — almost $13 million spent by candidates on both sides, so far. Also, will the Supreme Court’s decision on sports gambling energize the forces pushing for casinos in Georgia, and what about horserace gambling? We’ll look at the odds.