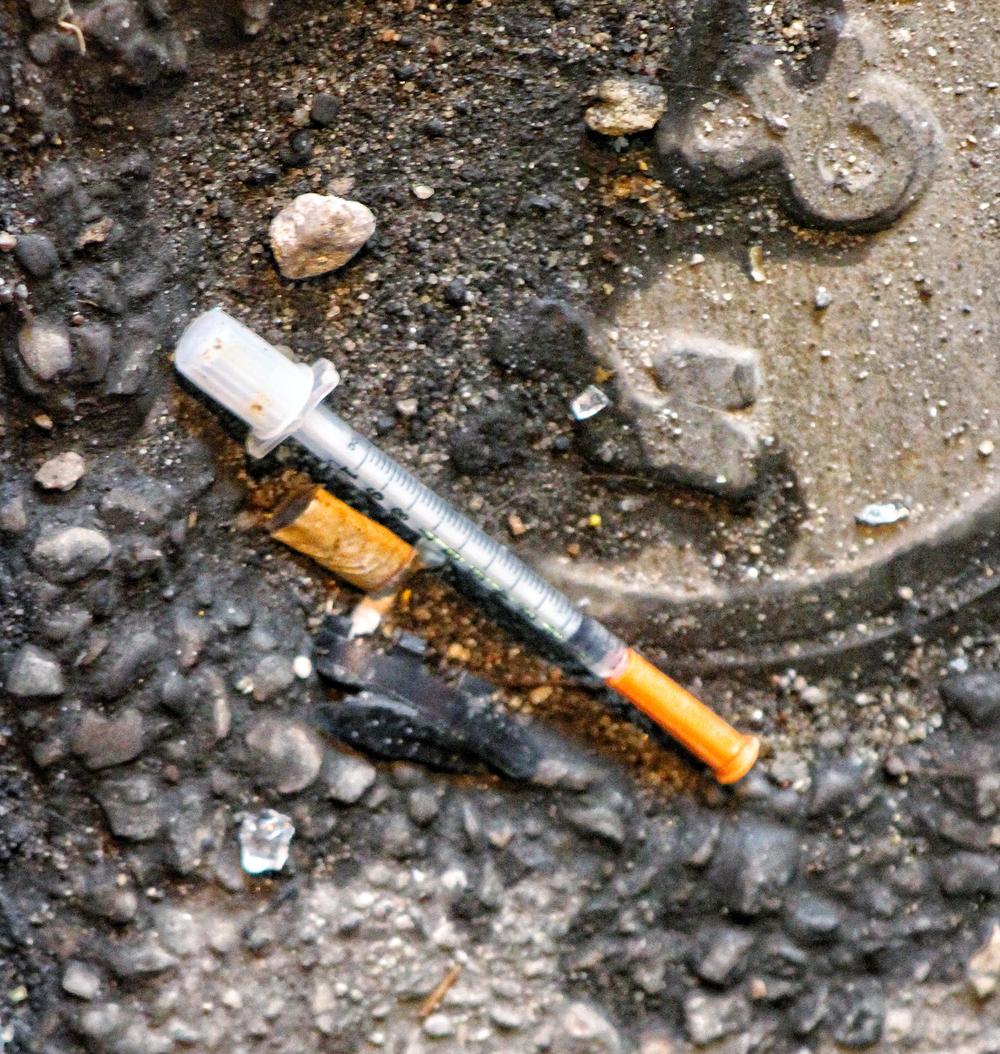 A syringe discarded in a street.

Nationwide, officials are examining the role of syringe exchange programs in the opioid epidemic. While many residents react with a not-in-my-backyard attitude, data supports the success of these programs and legislators are scrambling to catch up with the research.

Now, Gary Lamb is focused on barbeque. It’s festival season and his day job involves organizing events in downtown districts such as Cartersville. But, as pastor of Action Church in Canton, his heart is leading him to open a needle exchange program in Cherokee County. That’s what he said in a social media post earlier this year. He wants to be able to reach the addicts who aren’t ready to seek treatment or admit they have a problem.

But at the National Rx Drug Abuse and Heroin Summit earlier this April in Atlanta, public health officials championed the program idea.

Sean Allen, an assistant scientist at the Johns Hopkins Bloomberg School of Public Health, said the problems of injection drug abuse are particularly pronounced in rural communities, whereas a decade ago urban areas had higher rates of overdose deaths. That’s flipped now and HIV and hepatitis C infections are exploding due to injection drug abuse.

A recent study by the Centers for Disease Control and Prevention says one in every 23 women who inject drugs will become HIV infected in their lifetime. That number is one in every 36 for men using intravenous substances.

While many people in conservative Cherokee know their neighbors, the county isn’t immune to heroin addiction. JJ Widener said he found a syringe on the ground outside Canton’s Sixes Elementary School.

“It's not uncommon in Cherokee County to find syringes beside the road where people who were worried about getting pulled over with syringes threw them out,” Widener said. “You know, a lot of people throw them in a trash can, so you run the risk of sanitation department workers being stuck. Twenty-ounce soft drink bottles become sort of impromptu sharps containers.”

Widener is a licensed mental health counselor who specializes in addictions. He reached out to Lamb when he saw the controversial Facebook post and offered to help however possible.

Lamb said his church brings the ministry of Jesus Christ to the people where they need it. The building opens as a shelter when temperatures drop below freezing and the congregation feeds the homeless with its food bank.

Melissa Hughes said outreach is great, but not when it means giving drug users permission to fail.

The self-described delivered addict said drug use is a choice and the consequences of that choice often involve disease. Hughes thanks God for her 11 years clean.

The way to reach the heart of an addict is through prayer, Hughes said. Not needle exchange.

Widener said he isn’t sure people realize just how much substance abuse costs the community. First responders are paid with tax dollars. And if those dollars can’t all be spent on prevention, then we should invest in harm reduction, he said.

“These programs also are cost effective,” Allen said at the heroin summit. “A 2014 study found that a $10 to $15 million funding increase for programs throughout the country would ultimately result in a net savings of between $65 and $269 million in averted HIV treatment costs.”

And while Atlanta has syringe exchange programs in the city, Allen said the rural areas would benefit more from this type of outreach.

The CDC identified 220 counties nationwide that are at risk of outbreaks of HIV and/or hepatitis C as a result of the opioid epidemic. Four of these counties — Fannin, Towns, Murray and Haralson — are in Georgia. Health officials responsible for these counties should be particularly sensitive to ensure targeted, evidence-based interventions and services are available.

“The basic idea is people come in who inject drugs and they get sterile injection equipment,” Allen said. “They also frequently access a host of other services such as referrals to drug treatment programs, primary care, reproductive health care, naloxone distribution and overdose prevention education.”

This is how to establish trust, according to Widener.

“It's an opportunity to form a connection and bring people in out of the shadows,” he said. That's a win-win any day of the week because if you don't have clean needles you're not going to stop using,” Widener says. “Nobody says, ‘I don't have a clean needle; I guess I'll just go to rehab.’ That's not the way it works.”

Public health officials such as Allen also agree with the sentiment behind these programs. They encourage faith leaders to work with law enforcement officials to help reduce the burdens brought in with drugs.

“We always say you got to catch a fish before you clean it,” Lamb said.

Lamb believes Jesus Christ would have done the same thing by meeting people where they are and where they have needs — even when they are still in the midst of crisis.

So, despite the backlash, Lamb means to move forward with the syringe exchange program outside his church in Canton. He said he plans to sit down with officials and advocates in May, after the April festival season concludes.

Lamb said several pharmacists, local doctors and groups out of Atlanta have reached out and expressed a willingness to provide whatever the church needs to get the ball rolling in May.

“Our heart was just to help those struggling with addiction just to make sure the spread of disease wasn't going around,” Lamb said. 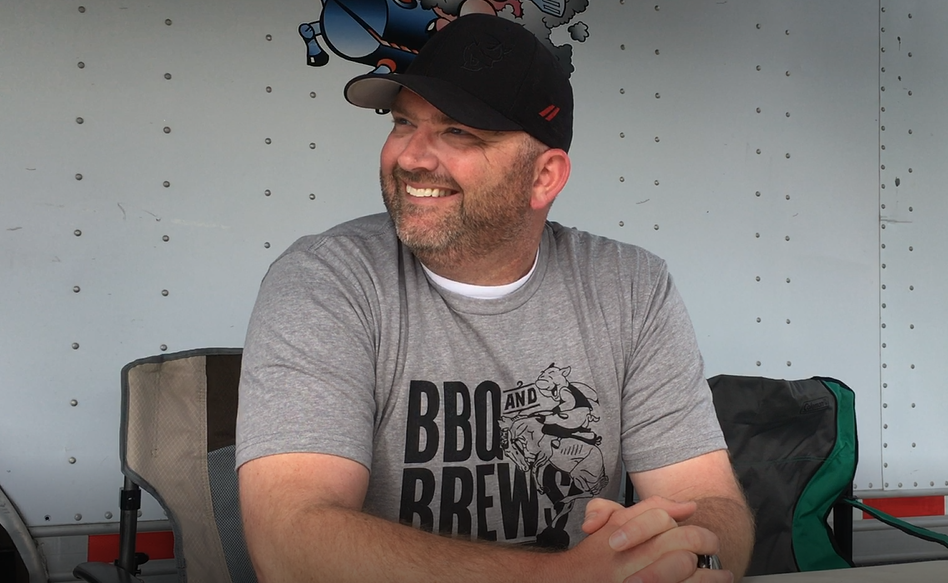 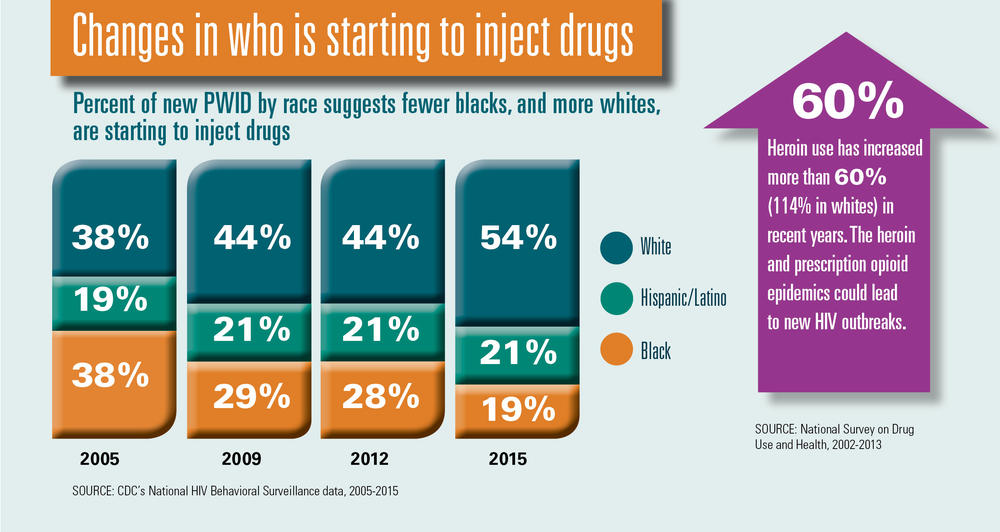 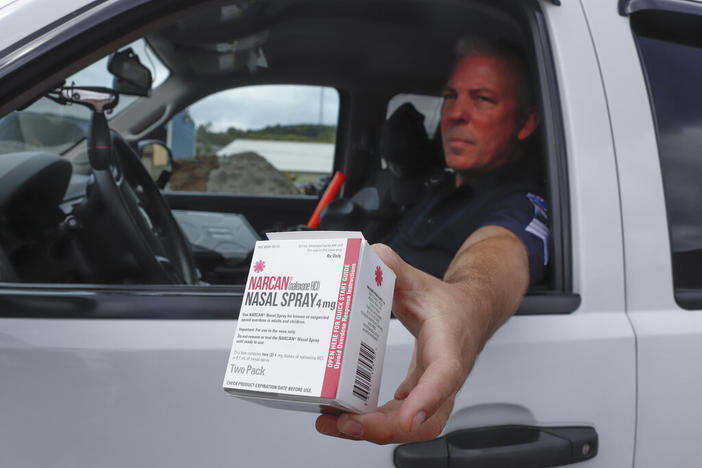 Narcan is the life-saving medication that can prevent death after an opioid overdose. Those deaths climbed 36% in Georgia during the first year of the pandemic, with rural communities hit harder than more urban areas. 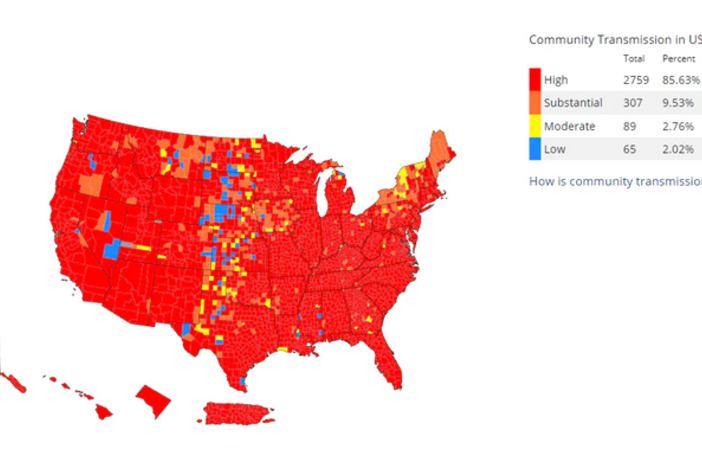 Traveling this holiday weekend? Here's what to know about COVID numbers

Compared to last week’s total, cases of COVID-19 in Georgia are up 14%, deaths are up 79%, and ICU admissions are up 69%. Nationwide, cases are high and mitigation efforts such as masking on planes are no longer enforced. 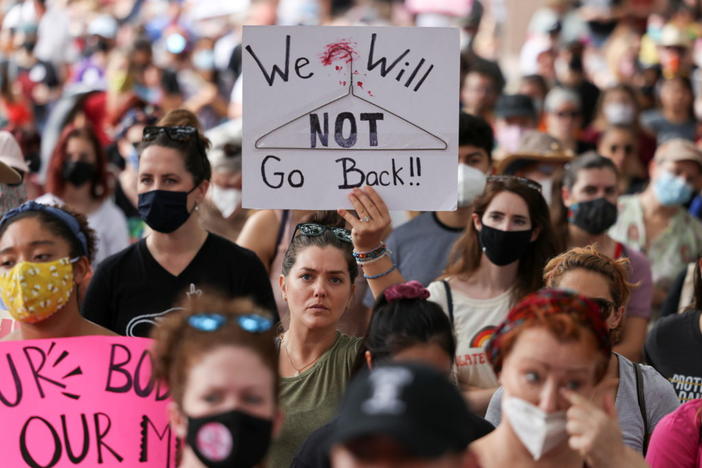 Georgia was one of the top 10 states where people used Google to search for abortion medications. Elevated interest could mean patients are pursuing this option with or without their doctor’s input.