Why I'm Traveling To Eastern Europe To Study The News Media 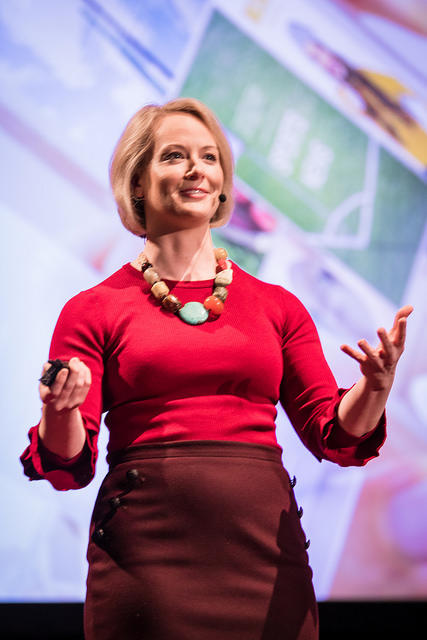 Caption
GPB's Rickey Bevington delivers a talk on the future of news at TEDxPeachtree October 6, 2017.

What’s the right way to report the news?

That’s a debate people across the globe are having right now as we grapple with partisan bias in news, propaganda masking as news, government attacks on journalists and a general sense of “we don’t know who to trust.”

People in Eastern Europe are also talking about these issues.

So, next week, GPB’s All Things Considered host Rickey Bevington will be traveling there.

Hear her explain the project and how you can help her with it.

GPB's Stephen Fowler interviews Rickey Bevington about her upcoming trip to Eastern Europe. Through a grant from the German Marshall Fund of the United States, she will be studying news media in Hungary and Serbia.

Stephen Fowler: Where are you going?

Rickey Bevington: I fly out of Atlanta Monday, Feb. 19 to Budapest, Hungary. I’ll drive about four hours south to Belgrade, Serbia. I'll be in both countries for about five days each.

Fowler: Both countries are in the dead of winter so it’s safe to say you didn’t select them for the weather. Why are you going there?

Bevington: The news media in Hungary and Serbia are a study in contrast.

In Hungary, independent or opposition news media is slowly being squeezed by the government. Hungary is part of the European Union and had been adopting western democratic norms since the early 1990's after the fall of Communism. Since 2010, however, Hungarian Prime Minister Viktor Orban has been seizing control of major television, radio and newspapers outlets.

The leader of the country effectively shutting down newspapers and TV stations is hard to imagine in the United States. But Americans certainly are familiar with a ruling party getting favorable coverage from certain outlets.

The difference in the US, of course, is that our Constitution ensures those are not the only news outlets people have access to.

Having a press that’s un-policed, uncensored leads to its own problems, however. We’ve seen propaganda, fake news, biased news and everything in between.

Fowler: What about Serbia?

Bevington: In Serbia, which is not part of the European Union, the news media is trying to regain people’s trust after years of serving as a mouthpiece of the government. After the fall of Communism, Serbian media became a propaganda tool for the government’s ethnic-driven violence. In 2011, Serbian State TV apologized for spreading hate speech under Slobodan Milosevic who tried was tried for war crimes.

Fowler: What is your ultimate goal with this study in contrast?

Bevington: The goal is to answer the question you asked at the beginning of this conversation.

What’s the right way to report the news?

I come to this project assuming that people are best served when they have access to diverse information sources independent of censorship or manipulation, by the government or any other entity with nefarious intentions.

But I will be meeting with people in both countries who may not agree and I’m open to hearing their arguments.

I should say that this project is funded by the German Marshall Fund of the United States, which is a nonpartisan, nonprofit think tank focused on transatlantic policy.

Fowler: What will you be doing while you’re in Budapest and Belgrade?

Bevington: The short answer is I’ll be listening. I have more than a dozen meetings scheduled with journalists, owners of news outlets, government officials, students, political activists across the spectrum. I want Hungarians and Serbians to tell me how the news media works in their countries, and what they like and what they don’t like.

Fowler: How does what you’re doing in Europe relate to how Americans and people elsewhere are talking about the news media?

Bevington: That’s a really important question, Stephen. I think there are universal human truths that connect people in Budapest, Belgrade, Atlanta and every city and town across the globe.

Secondly, no one wants people in power to get away with abusing that power. The news media is the vehicle by which journalists report on what the powerful are up to. And so, again, the media is the most powerful tool for holding the powerful accountable.

Fowler: And that’s where you need our listeners’ help.

Bevington: Yes. I’m going to Europe to hear from Hungarians and Serbians about what they want from their news media.

But I also need help articulating what Americans and people elsewhere want from their news media.

We have a First Amendment to our Constitution that guarantees our right to a free press.

But what does that mean in our day-to-day lives?

To answer this, we’re going to be posing questions and polls.

Fowler: How can people participate?

Fowler: Well we wish you a safe trip and we’ll be following along with you on your journey.

Bevington: Thanks Stephen. You’ll be hosting All Things Considered while I’m gone. Have fun.

Opinions expressed in this publication do not necessarily represent those of the German Marshall Fund of the United States, or its partners.