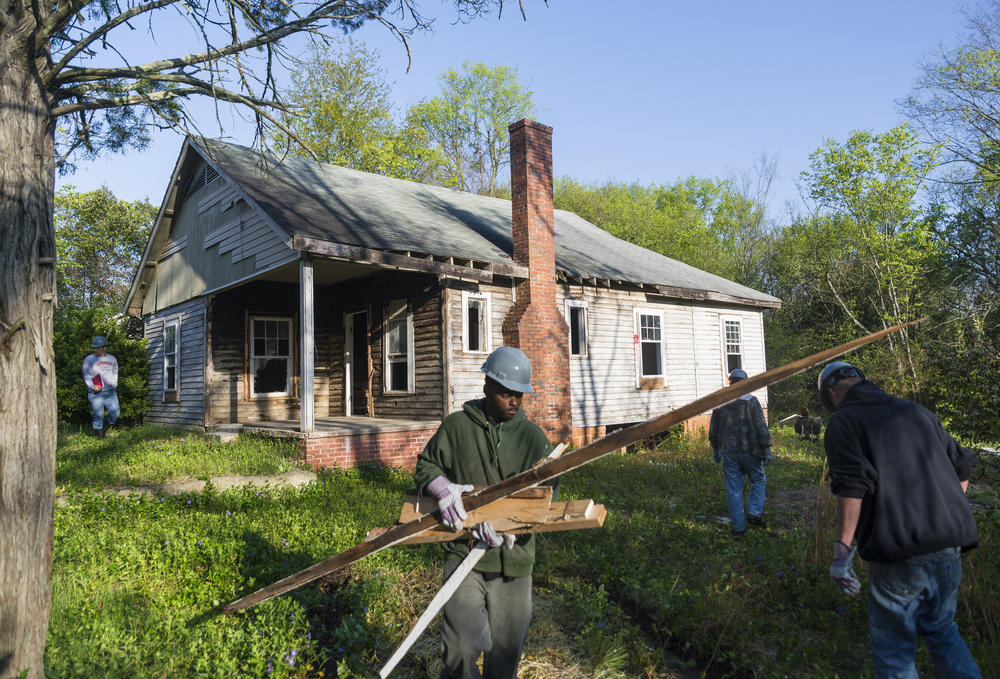 Caption
A crew works to demolish a home in Macon's Linwood Estates neighborhood in 2015. The original, Federal redlining maps from the 1930s said of Linwood "subdivision failed before depression began."

Racial disparities in home lending, a practice sometimes called redlining, is alive and well in the United States.

That's the big picture takeaway from new data analysis by the Associated Press and the Center for Investigative Reporting of two years of mortgage lending.

This is important because for much of the 20th Century, home ownership was one of the chief methods by which families created wealth and left it for the next generation. This practice of redlining largely locked African Americans out of that engine of wealth.

Of 409 metros the AP and CIR looked at, 61 met the criteria for having evident racial disparities in home lending. Atlanta, Augusta, Warner Robins and Savannah were among those cities.

In general, blacks were either just under or just over twice as likely as whites to be denied a loan in those metro areas.

We mapped some the new data to get a more granular, census tract level look at lending practices in  Georgia cities the AP and CIR point to.

The disparities in lending where whites and blacks both look for home loans are most consistent in Atlanta along a 30 mile corridor starting just on the South side of the Chattahoochee River from John's Creek and running to Loganville. Other scattered neighborhoods inside the perimeter and in the North Atlanta suburbs show spikes of 10 times or more odds that blacks will be denied home loans when whites are applying for them too.

Macon didn't make the AP's list of cities with clearly delineated lending disparities. In compiling their data, the AP tried to eliminate things like educational achievement and income as variables. For a lot of complicated reasons, they couldn't do that in Macon.

But Macon is special in that it was mapped in the 1930s by the Federal Home Owners Loan Corporation, or HOLC,  a New Deal agency tasked with ranking neighborhoods as either good or bad financial risks. That was a part of stabilizing banks as the nation emerged from the Depression, and according to Robert Nelson of the University of Richmond's Digital Scholarship Lab, it was a uniformly racist process.

Compare the map above to the original HOLC map, provided by the University of Richmond Digital Scholarship Lab project "Mapping Inequality." The red for neighborhoods that were deemed too risky for mortgages is what gave redlining its name.

For the most part, the black Macon neighborhoods the Federal government told banks to keep their money out of over 80 years ago are the neighborhoods where black people do not ask for loans today. Meanwhile white home ownership has long since leapfrogged the 1930s map, establishing middle class white suburbs to the northwest.

Warner Robins did not exist as a city when redlining got its start. It wouldn't be much more than a crossroads until after World War II when an Army Air Field would become Robins Air Force Base, the largest single employer in the Georgia.

In Warner Robins, black people were in general twice as likely to be turned down for a home loan as whites. This is most pronounced in the census tracts near Houston County's highest performing high schools.

The gap between white and black homebuyers narrows a bit in both Augusta and Savannah, but not by much. Savannah differs from the other cities surfaced by the AP and the Center for Investigative Reporting in that Asians appear to have the worst chance of getting a loan in neighborhoods where they compete with whites for the same.

You can read more about the AP and Center for Investigative Reporting project in their Kept Out project. And you can listen to Reveal, the radio show of the CIR on your GPB station. 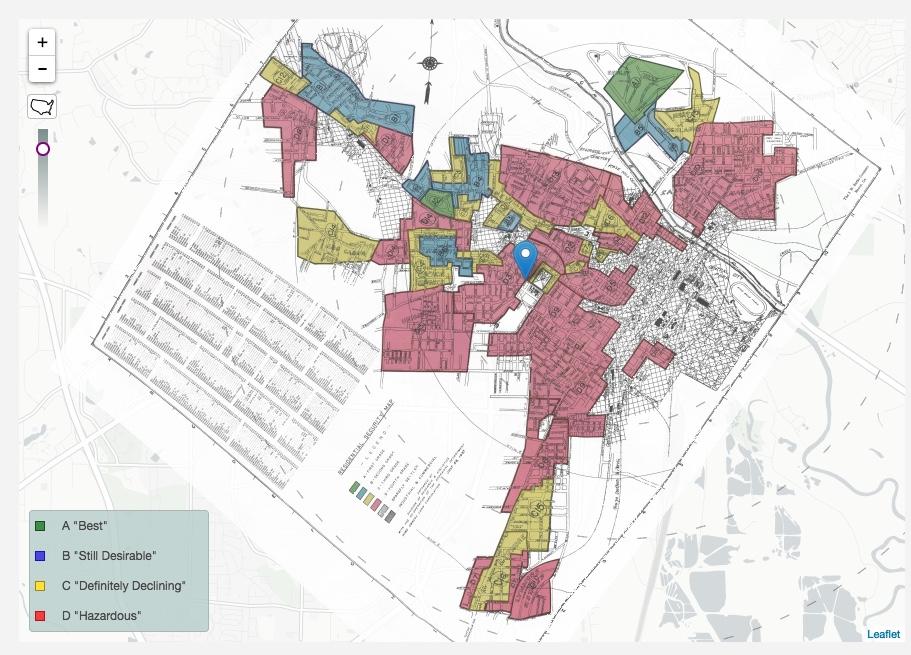