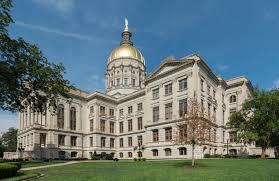 On this edition of Political Rewind, the Georgia Senate entertains a bill that would crack down on protestors who disrupt controversial speakers on university campuses.  Does it protect or intrude upon free speech?  Also, a traditionally conservative Georgia newspaper takes aim at one of the state senate’s most conservative members on the issue of adoption.  Plus, legislation sponsored by Georgia Senator David Perdue is in the sights of a bi-partisan group of legislators on Capitol Hill.  They fear Purdue’s efforts to reduce legal immigration could threaten a compromise that would prevent another looming government shutdown.