Georgia has submitted a new plan to hold public schools accountable for student performance. The updates are more lenient on testing. Governor Deal says intense testing is critical to hold schools accountable, but the state Superintendent says we must avoid a “measure, pressure, and punish” culture. We talk with Ty Tagami of the Atlanta Journal-Constitution. Also Dana Rickman, Director of Policy and Research with the Georgia Partnership for Excellence in Education.

Chicken is the most popular meat in America. And Georgia is the top chicken producer in the nation. Joining us is author, Maryn McKenna. Her book “Big Chicken: The Incredible Story of How Antibiotics Created Modern Agriculture and Changed the Way the World Eats,” explores the role antibiotics play in transforming our food.

The Biltmore House, in Asheville, North Carolina was once home to the super-wealthy Vanderbilt family. Now, it attracts a million people a year to the sprawling estate in the Blue Ridge Mountains. There’s a long history of opulence and intrigue there. But it’s also where the idea of sustainable forestry was born in America. All that and more is explored in a new book by Denise Kiernan, “The Last Castle.” We catch up with Kiernan while she’s in Atlanta to appear at the Carter Presidential Library on Monday night, Oct. 2.

In South Georgia’s Wiregrass Country, a plaque in the town of Quitman marks a hanging place. It’s where four men were executed for plotting a slave rebellion in 1864. Over the next century, mob violence against African-Americans often erupted in South Georgia. This is where GPB News editor Don Smith was born and raised. He moved away in 1958. Smith recently went back to his hometown with GPB’s Emily Cureton to mark the anniversary of the Civil War hanging, and talk with longtime residents about how they remember the county’s history of racial violence. 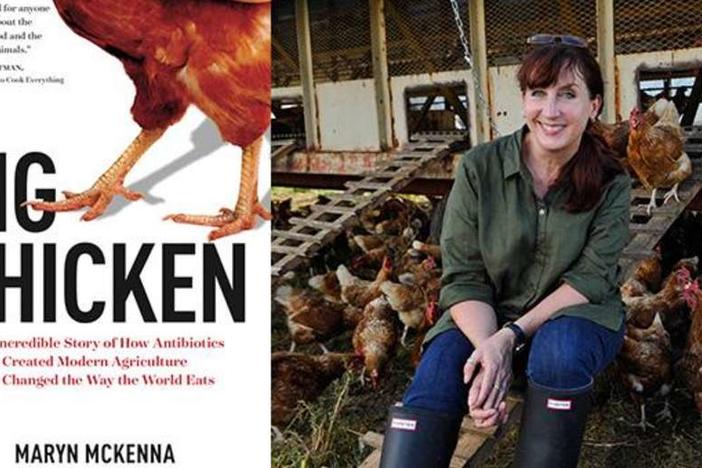 Chicken is the most popular meat in America. And Georgia is the top chicken producer in the nation. Joining us is author, Maryn McKenna. Her book “ Big...

For the first time in over four decades, West Point authorized an updated text on military history in 2014. This one focuses on the tactics and...

Last week, the U.S. Supreme Court declined to hear a case against the R.J. Reynolds Tobacco Company, alleging the company discriminates against older...