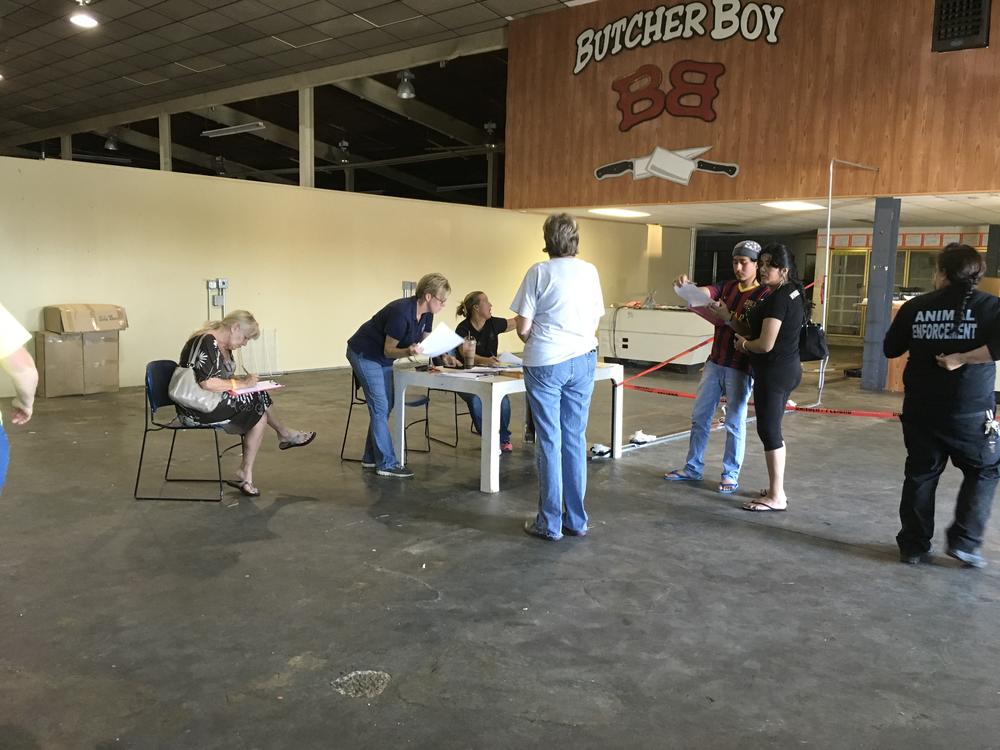 Caption
Cheryl Cardinal (seated on left) from Key Largo, Florida fills out paperwork as she drops her cat off at the Macon shelter designated for pets.

Macon opened a fourth Red Cross shelter as people continued to arrive from Florida and the Georgia coast. As of Saturday afternoon, 350 people were registered with the Red Cross but more are expected. A special shelter designated for pets also continued to receive cats and dogs.

Cheryl Cardinal's home sits 30 feet from the beach on Key Largo. She left her home on Wednesday and arrived in Macon 24 hours later. She came with her family including her daughter who is eight months pregnant. She said they brought their two cats but not much else.

"We brought canned goods, water, clothes, important papers, pictures, whatever I could fit in a compact car with three other people and a baby," she said. "So, not a lot."

Cardinal said she is worried about her neighbors who made the decision to ride out the storm. The Florida Keys are expected to take a direct hit from Irma.