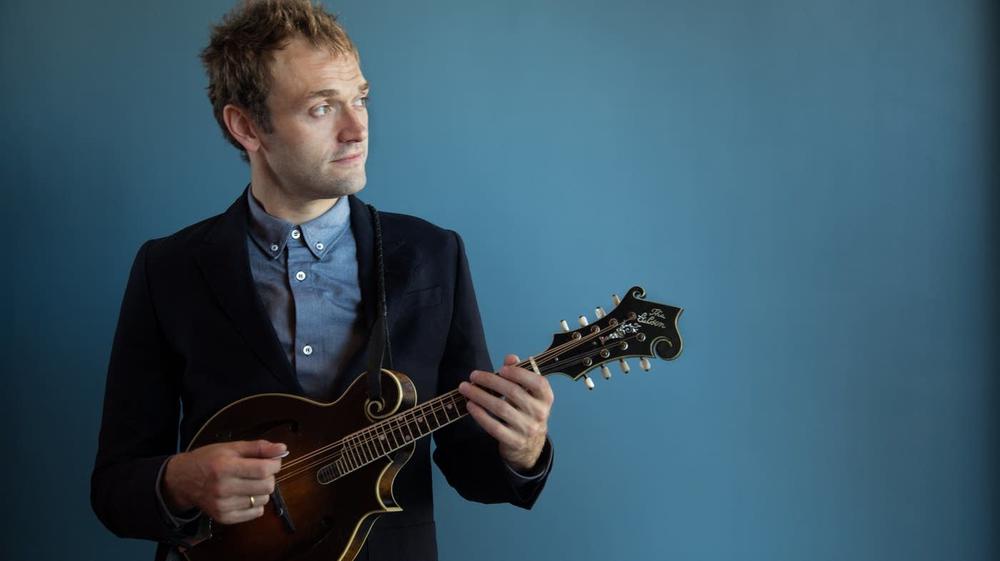 Musician Chris Thile took over hosting "A Prairie Home Companion" in October of 2016.

Today on "Two Way Street," we talk with new "A Prairie Home Companion" host Chris Thile. Last October, Thile took over the APHC stage from Garrison Keillor, who hosted the show for over four decades. What is his relationship with Keillor like now? Thile tells us what kind of mentor Keillor has been.

We also dive into Thile’s work as a highly acclaimed vocalist and mandolin player. Thile grew up captivated by the Beach Boys and Getz Gilberto but an Oceanside, California pizza shop soon turned him on to bluegrass music. That pizza parlor also introduced him to two bandmates—Sara and Sean Watkins. By age 8, Thile and the Watkins siblings had formed Nickel Creek, which would later go on to win a Grammy.

Bill picks Thile’s brain about the mandolin. Thile has described the mandolin as coming out of an “oral tradition”—what does he mean by that?

Here he is preforming “Julep" with the Punch Brothers at Boston’s House of Blues. Plus, here’s another link to a recording of Nickel Creek’s “Ride Cowboy Ride,” which Bill and Thile play and discuss during the show.

Jenny Ament and Olivia Reingold’s entry from KCRW Fifth Annual 24-Hour Radio Race. The two producers teamed up to create a piece for this year’s theme—“Down for Whatever.” Their story follows an adopted Roswell man in his 60s who is just now preparing to meet his birth mother. Learn in what way he’s “down for whatever.”