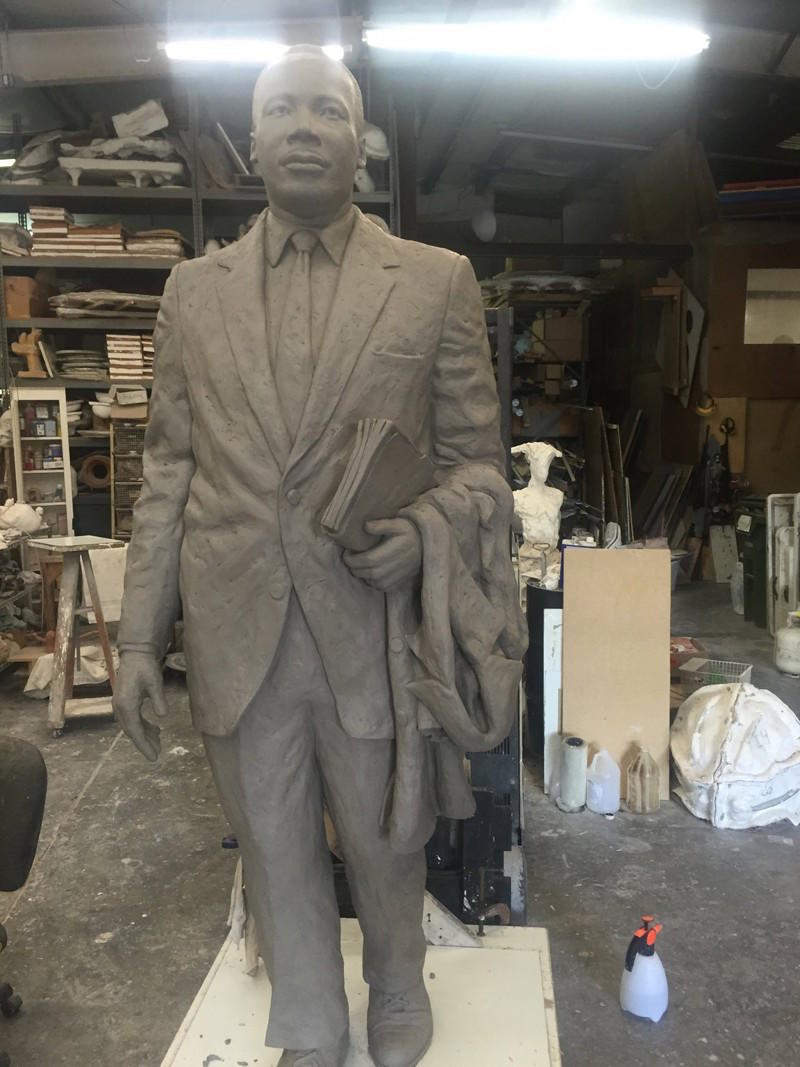 Caption
A clay modeling of the Martin Luther King Jr. statue to be placed at the Georgia State Capitol on August 28, 2017.

Today on “Political Rewind,” nearly half a century after the assassination of Martin Luther King Jr., the state of Georgia is unveiling a statue of the civil rights leader at the Capitol on Monday. Ironically, the statue will be dedicated even as the fate of memorials to the Confederacy is once again being debated fiercely here and across the country.

Our panel weighs in on what they expect Governor Nathan Deal to say at the unveiling about this controversy and about the King legacy.

In national news, President Trump has doubled down on his threat to force a government shutdown if Congress doesn’t approve an initial payment of more than $1 billion for the Southern border wall; and the president continues to launch Twitter attacks on GOP leaders on the Hill. How will all of this affect the complicated legislative agenda that awaits members of the House and Senate when they return from their summer break after Labor Day?

Plus, our interview on Wednesday’s show with Arizona Republican Senator Jeff Flake made national headlines. We asked Flake, a staunch Trump critic, if he thinks the president’s problems in office will lead to someone challenging him in the GOP primaries in 2020. We’ll discuss his answer today: Yes, he said, that may well happen.