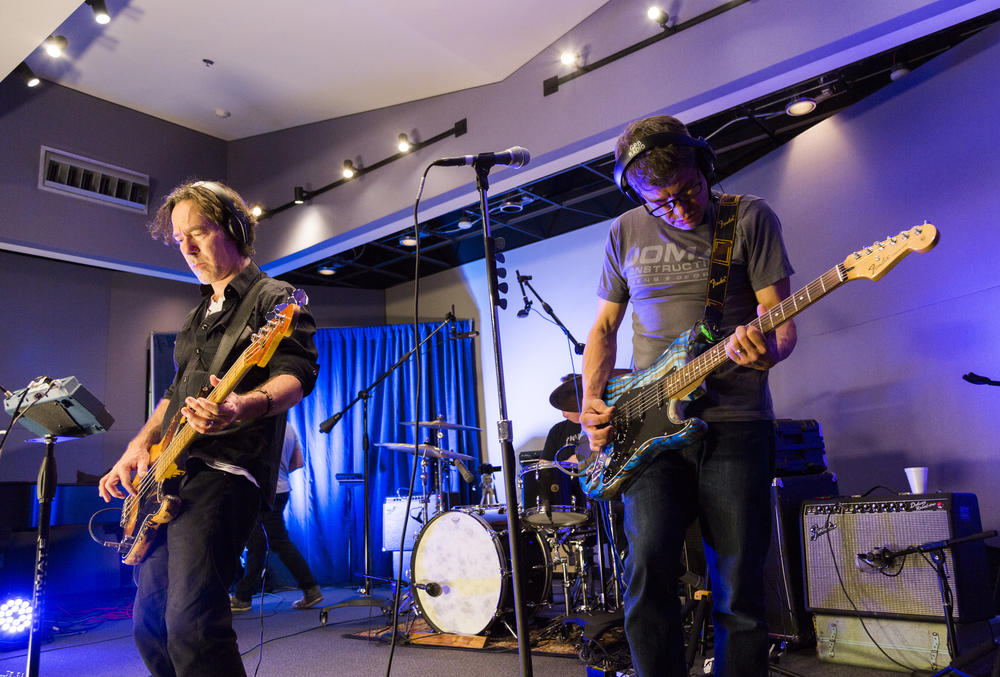 Mike Mantione said he gets to live out his teenage fantasy, right around the halfway mark of the song "Palace Estates."

“It's got the best guitar solo I've ever done,” Mantione said.

Mike Mantione tells the story of the best guitar solo he's ever played.

"Palace Estates" is a song on the new album from Mantione’s band Five Eight. They’ve been making been making emotionally charged music in Athens, Ga. for something like 30 years. Their new, double album "Songs For St. Jude," tackles a lot of the Five Eight themes of mental illness, loss and redemption.

But it’s that guitar solo that Mike Mantione is excited about. "Palace Estates" is a long song by Five Eight standards, around seven minutes long.

The coda is mostly a single note. Mantione said the build up to the guitar heroics works best on stage.

“Live I'll just look and glare at the audience and just play this one A note,” he said.  “As long as I can possibly stand it.”

Meanwhile bassist Dan Horowitz, guitarist /songwriter Sean Dunn and drummer Patrick Ferguson do the same. It pounds. And pounds. There’s a crescendo and then....

“And then like you just hit this ‘bundla wundla wow!!!”

“That song for us? Best Five Eight song ever,” Mantione said. "If I could go back to 15 year old Mike Mantione and say this is what happens later? Forget about it."

Want the songs one at a time? We have a playlist.

Mantione said the band is spreading its wings as it enters its 30th year. Everyone has had jobs for years, lives won’t be made and families won’t be fed by the band. They can afford to say no thanks to the "Music Industry." That gives the music some freedom.

“It’s been a lot of fun to play together and not really worry about anything. It’s not like we need to sell a certain amount of records,” Mantione said. “It’s more about the art of it.”

The band is still riding on some of the momentum created by a loving remix and remaster of their ‘90s era record "Weirdo" that was well received by fans.

“Oh yeah. It's just like a rebirth for the band,” Mantione said. “There's a lot of energy going on with the band right now. It's very natural and it’s exciting.”

So much energy in fact that even though the double album "Songs For St. Jude" has just come out, Mantione said he and Sean Dunn already have enough new songs for another new record. 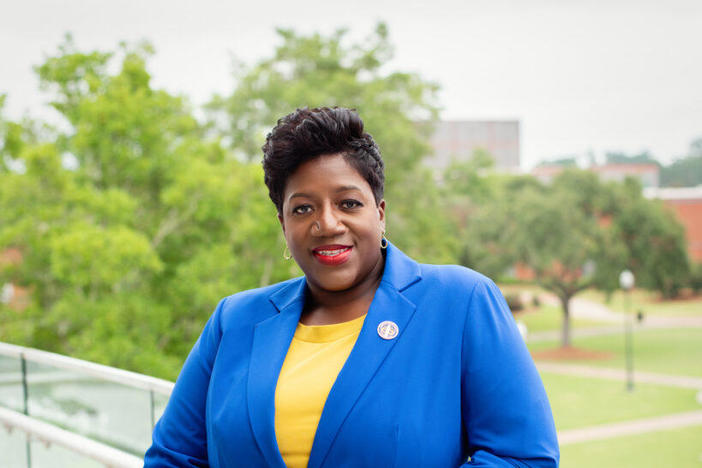 Board of Regents won't change names of buildings, colleges with racist links

The University System of Georgia has decided not to pursue plans to rename dozens of buildings and colleges named for historical figures associated with racism. The board voted Monday not to accept the recommendations of an advisory board headed by Albany State University President Marion Fedrick formed in June of last year to explore the issue.