Where To Start With A Struggling School? 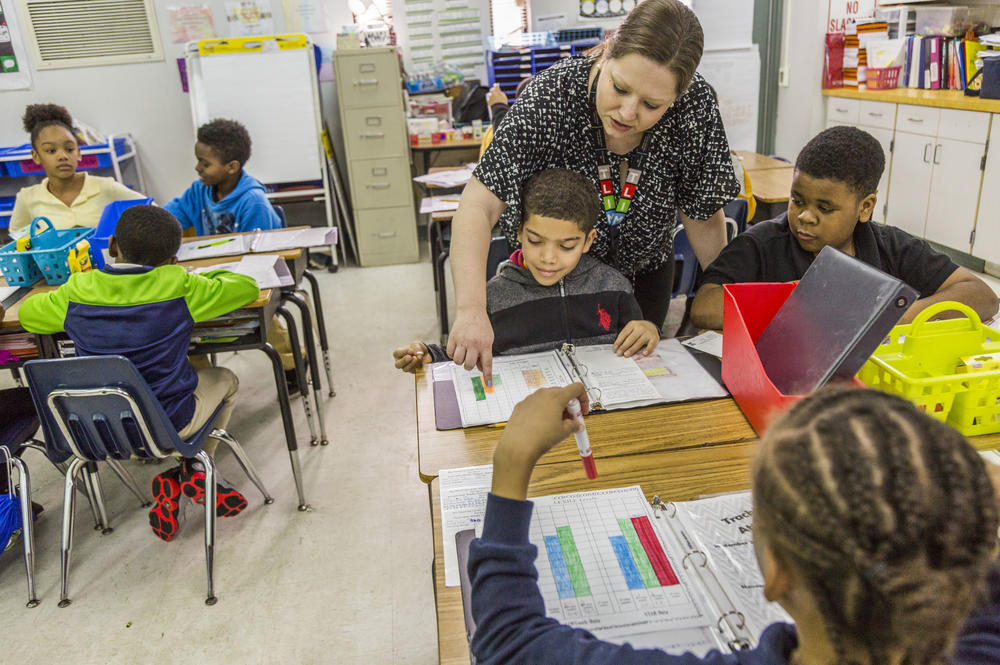 Caption
Alison Scott goes over reading data with students in her second grade class at Burdell Elementary in Macon.

How To Fix Struggling Schools?

Do you remember the last time you worked really hard on something? If someone was working on the same thing and got ahead before you, you would want to know why that happened, right?

That’s where the leaders of many Georgia schools find themselves. Last year schools on Georgia Governor Nathan Deal’s Priority Schools List thought they had dodged a bullet when the Priority School District proposal died at the polls. That would have allowed state takeover of what the state calls failing schools. Now a bill in the Georgia House has raised that idea again.

Burdell Elementary earned a 76, a C letter grade, in this year’s College Career Ready Performance Index, or CCRPI. That put them on a spot on the Governor’s Office of Student Achievement Most Improved Schools list. So while Burdell is out of the woods, nearby schools are still on the Priority Schools list. So how did Burdell do it?

One answer was on display on a recent morning in Alison Scott’s second grade classroom where students were going over their personal data notebooks.

As the notebooks opened with the crinkle of plastic, graphs made in marker and crayon were revealed. The graphs track how these children have been ramping up their reading skills. One student proudly touted her leap from the minimum reading level for her grade to what is considered a fifth grade level. That happened, or was at least quantified, in the last nine weeks.

Students reflect on the work they have put into reading every nine weeks. For math this happens once a week. This self-directed data analysis is new this year at Burdell Elementary, but Principal Tanya Allen says the overall focus on data is not.

“We've always looked at data. we've let that drive everything that we do at this school,” Allen said. “We are constantly assessing our students.”

Allen said her school got here by testing more than the state requires.

The only test Georgia mandates is the Georgia Milestones Test at the end of the year. In between Allen and her teachers self-assign formative assessments, think informal looks at knowledge where pencil may never touch paper, as well as summative assessments, better known as old-fashioned tests.

“And so we've looked at both of those pieces and we've constantly gauged against what our students are doing and we've adjusted our instruction along the way,” Allen said. “So if a student knows that already we're going to teach them a little differently. We’re going to differentiate instruction.”

And if a kid isn’t getting it, they get attention for that, too.

So is this fine-grained data practice where a school should start? Bibb Schools Superintendent Curtis Jones said that alone is not the cure.

Jones said all Bibb Schools now do this. As for what makes a further difference, Jones pointed to the rigorous, system wide daily schedule of instruction. It’s new this year and it is central to his system wide strategic plan. Depending on the grade, students are spending between 90 and 120 minutes on reading a day, 75 minutes on math and so on.

“Everybody's doing that,” Jones said. “We need to do this because we recognize our achievements are not where we want it to be.”

So the first things for a struggling school to take up are data analysis and rigor? Curtis Jones said not so fast. What good is a playbook without a team?

“If you can get a I'm going to call it – that a center of gravity – a core group of teachers that are with you that are willing to move in that direction I think that's when you see a difference,” Jones said.

Tanya Allen has been principal at Burdell Elementary for ten years. The newest fifth grade teacher has been here for 12 years. That’s the kind of continuity Jones sees as crucial to any plan.

Danielle Howard is in her first year, the starting line really, as principal at Ingram Pye Elementary about five miles away from Burdell. She’s aware of her school’s college readiness score.

So her school is trending up, but it is still on the governor’s radar. With that in mind, Howard’s first priority is to hold onto people with the skills to give the superintendent’s standards a real shot. Getting people to stay put is tough.

“What happens is those people can get promoted and it leaves your school not having those same talents,” Howard said.

Between keeping a team together, data analysis, and rigorous fidelity to a plan, there isn’t a simple fix. Howard agreed this is frustrating but it won’t last forever.

“We will not always be a Priority School,” she said.

And once Ingram Pye is off the list, Howard looks forward to sharing with other schools some secrets to success. 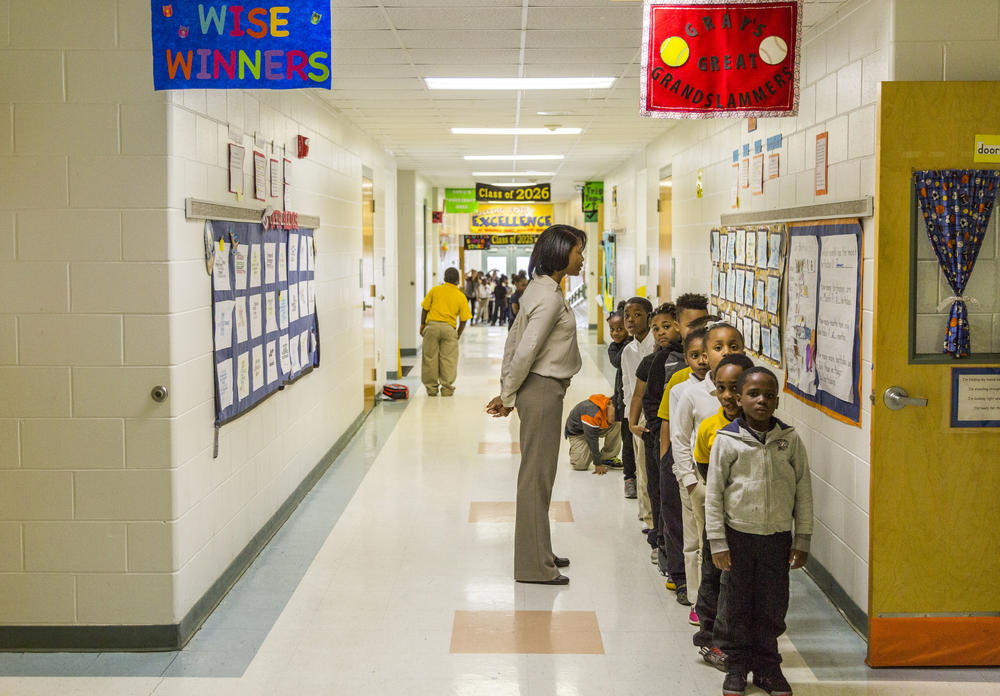 Caption
In the hallway at Burdell Elementary. 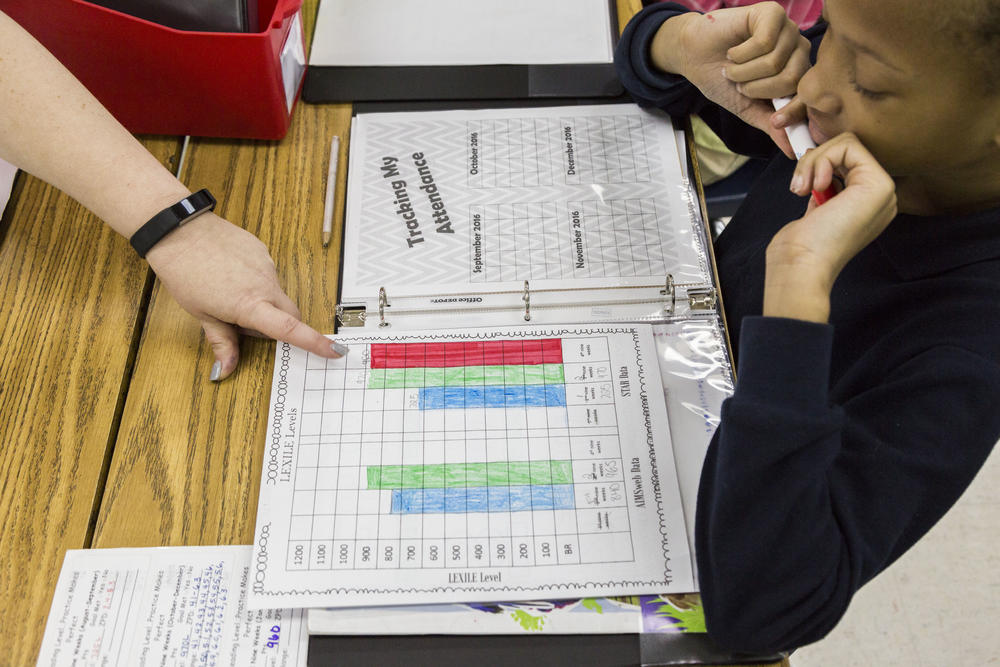 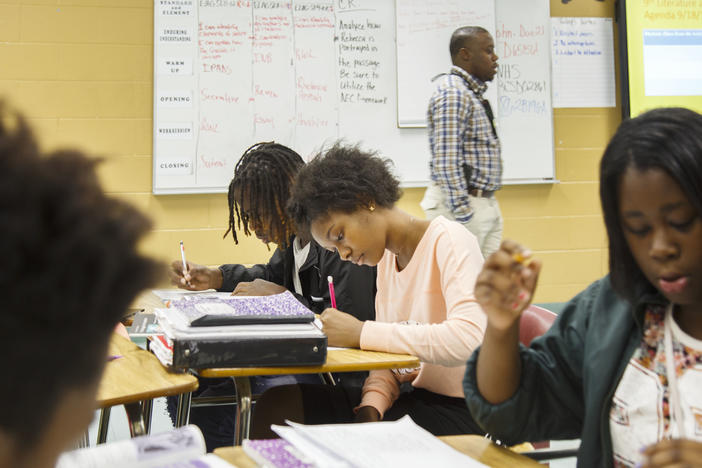 Georgia has been given the green light by the U.S. Department of Education to experiment with leaving high stakes, year-end testing behind. But now... 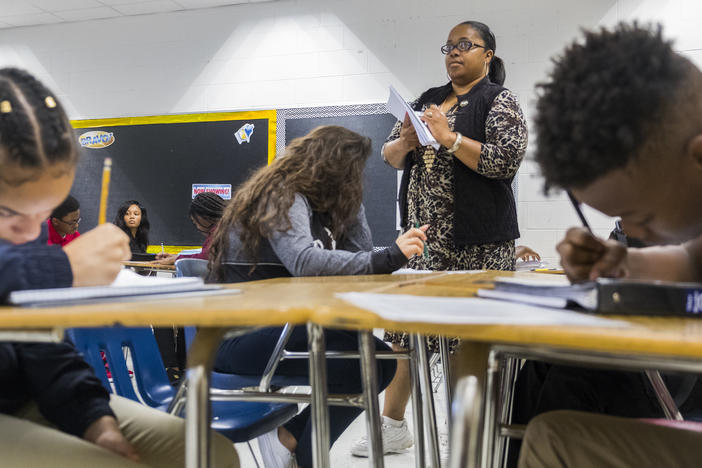 One morning during the second week of the school year, Principal Shandrina Griffin-Stewart was about to walk the halls of Appling Middle School in Macon... 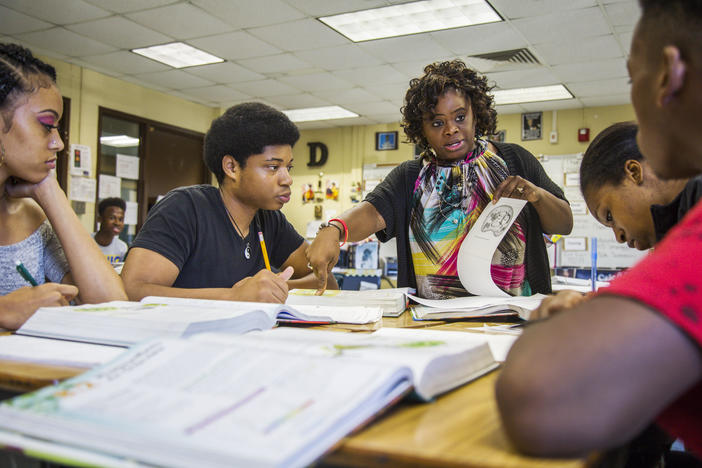 For Teachers With 'Spark', Look Close To Home

Most school days You can find Jared Moore teaching freshman English at Northeast High School in Macon. On a recent morning, students all faced each...