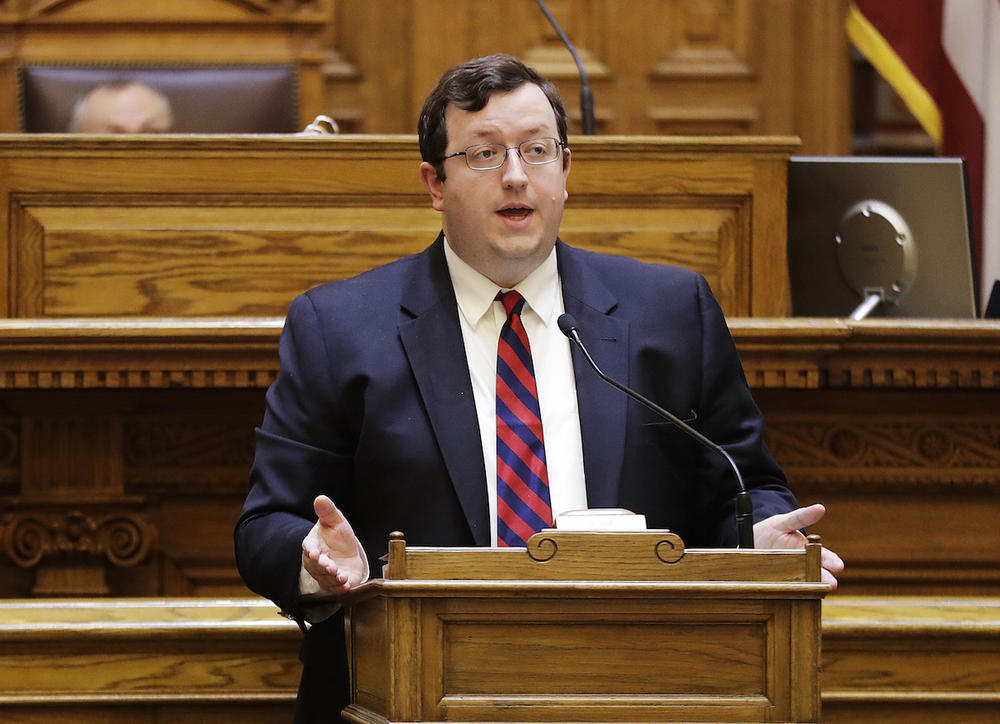 Tuesday marked the 39th day of the 40-day legislative session. Lawmakers plan to adjourn on Thursday. The rush to pass bills before the end of the 40th day can lead to dramatic last-minute changes to legislation — either accidental or intentional amid the chaos.

Here's a look at some of the closely watched measures still moving through the legislature:

House members rejected an expansion of the state's definition of domestic terrorism.

The House tried for a vote twice Tuesday, and both times they failed to meet the threshold of 91 votes required for passage. Both Democrats and Republicans voted against the measure.

The top Republican in the Senate, Lt. Gov. Casey Cagle, criticized the House for not passing a bill that would greatly expand Georgia's definition of domestic terrorism. The proposal was a top priority for the Senate.

"Less than one week after a deadly terrorist attack struck London, and in the wake of countless acts of terrorism - at home and abroad - 83 members of the House declined to approve a measure to enhance Georgia's defense against potential terrorist threats," Cagle said in a statement. "I will not give up on protecting our citizens, and we can never subject the safety and security of Georgians to political gamesmanship."

Speaker David Ralston, a Republican from Blue Ridge, said House members "knew the bill had problems" and tried to address those.

"Members voted their conscience and it came up short twice," he said. "We gave it a try and the votes just weren't there."

Opponents worried that the bill's definitions were too broad and took away judges' discretion in sentencing.

The failure was a hit to the Senate, which had made the bill one of their top priorities. The chamber adjourned after news reached GOP leaders late Tuesday night.

The bill said attacks against critical infrastructure, including religious and educational institutions, would qualify as domestic terrorism. Previously, attacks in Georgia were only considered domestic terrorism if 10 or more people were killed.

Republicans had to change strategies after voters' firm rejection of a constitutional amendment seeking to let the state take over schools dubbed "chronically failing."

Deal was the amendment's top backer, but education groups united against it.

Republicans in the House tried a softer approach in the legislation and Deal has indicated support.

Under the proposal, a new "chief turnaround officer" will be hired by the State Board of Education to work with the lowest performing schools. Education groups tried to change that because board members are appointed by the governor but have stayed neutral on the bill.

The top turnaround official would oversee a team of coaches to work directly with individual schools and local third-party organizations.

The "turnaround" bill still prescribes some dramatic consequences for schools that show no improvement after three years or refuse to sign a contract with the state.

State education officials can take actions including removing staff, turning the school into a charter or allowing parents to enroll their children elsewhere.

The bill identifies eligible schools as the lowest 5 percent based on student achievement. The turnaround officer and other state education officials could use other factors, including location, accreditation status and the school's recent performance to select which schools the state will approach.

The House and Senate remain far apart on changes to income taxes.

The tax cut will cost the state about $200 million and largely benefit upper and middle-income earners.

But the House originally proposed a flat tax of 5.4 percent.

The Senate also tacked on language from a separate bill that requires online retailers with at least $250,000 or 200 sales to collect and pay state taxes.

The two chambers' differing approaches likely will have to be hashed out in a six-member conference committee to get any bill passed this year.

Proposals that seem stalled can lurch back to life in the legislative session's final days. House leadership proved that late Tuesday when they gutted an unrelated bill and replaced it with language overhauling colleges' disciplinary processes in reports of sexual assault.

Advocates for victims of such crimes have opposed the bill, arguing that it will discourage students from making reports to their schools.

The bill sponsor, Rep. Earl Ehrhart, has criticized some Georgia schools, arguing that accused students' rights were violated. He also filed a federal lawsuit last year challenging a "Dear Colleague Letter" issued by the U.S. Department of Education's Office of Civil Rights in 2011 that laid out specific requirements for dealing with sexual violence under Title IX, a federal civil rights law that prohibits sex discrimination in education.

Organizations that advocate for sexual assault victims warn that the changes only consider an accused student and would put Georgia at odds with that guidance for campuses.

A Senate committee halted the original bill's progress last week. Republicans and Democrats on the panel said they were concerned with requiring campuses to inform law enforcement on reports of crimes, including sexual assault.

Ehrhart, R-Powder Springs, used a legislative maneuver that would allow the House to quickly send the bill straight to the full Senate. The House again approved its version of the bill, 102 votes to 56 with Democrats largely voting no.

If senators agree with the House version, it goes to Deal for review. Senators also could refuse, prompting appointment of a six-member conference committee to try and develop a compromise bill.

The House approved a bill stemming from concerns about a cluster of opioid treatment centers in northwest Georgia along the border with Tennessee that are treating mostly out-of-state patients.

Those facilities use FDA-approved medications like methadone to treat addicted people.

The House on Tuesday passed the bill 164-10 and it will move to the Senate for a final vote.

The new regulations would require prospective programs to hold meetings with the community and would restrict how many facilities can open within given regions.

If the proposal becomes law, programs would be able to begin applying for licenses to open new narcotic treatment programs on Sept. 1 after more than a yearlong moratorium. 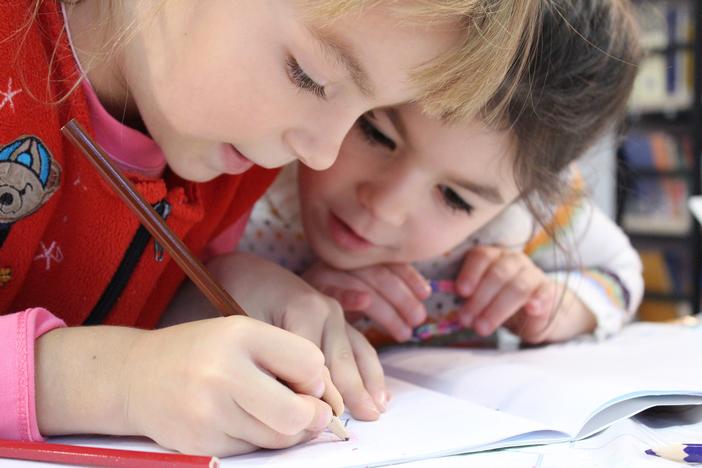 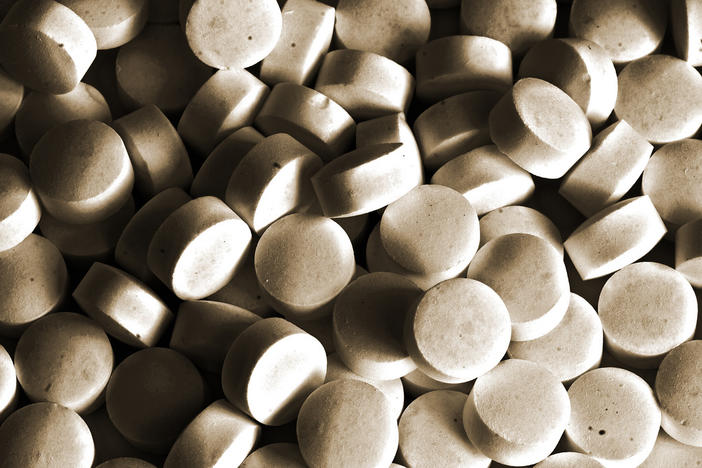 Street Drug Blamed For 2 deaths, Many Overdoses In Georgia

Georgia law officers say two people have died and dozens of others have been injured in the central part of the state after overdosing on some type of... 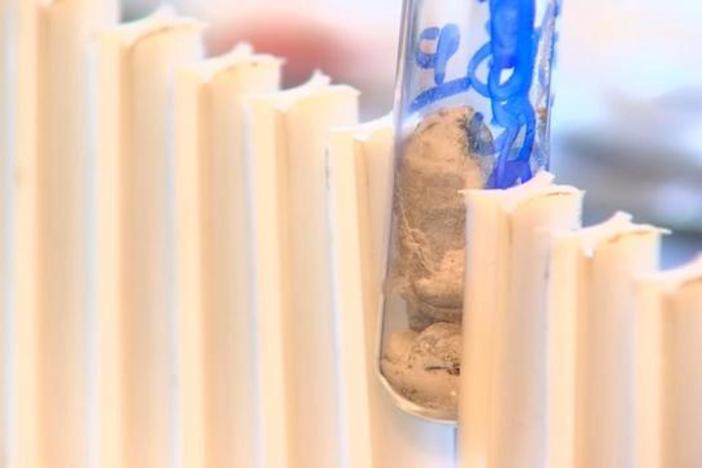 It's being called "gray death" — a new and dangerous opioid combo that underscores the ever-changing nature of the U.S. addiction crisis. Investigators...