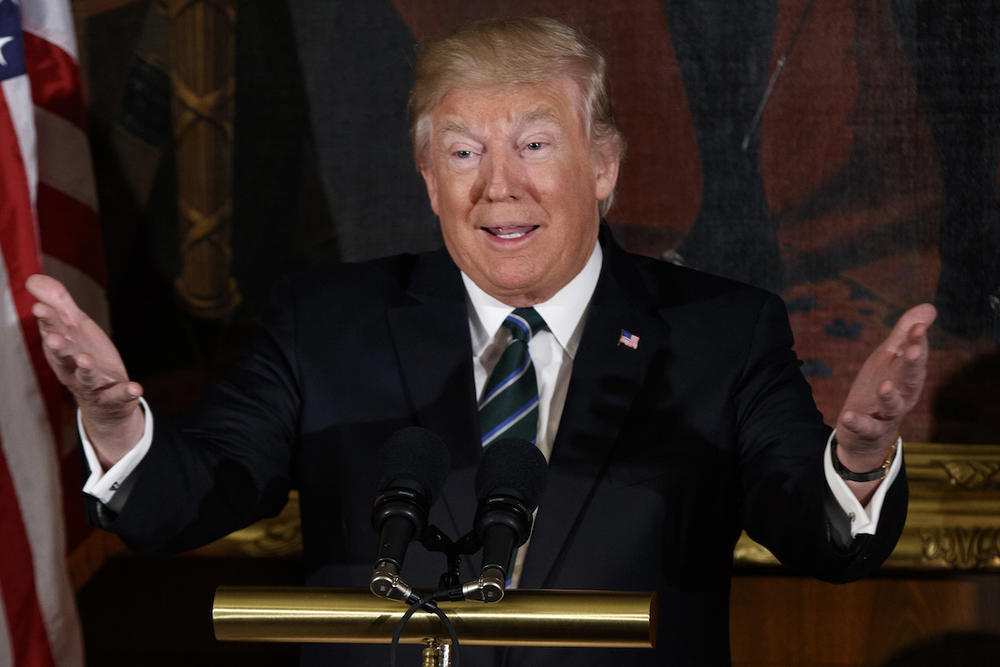 The Trump administration unveiled its proposed 2018 budget Thursday morning. Unsurprisingly, the budget calls for significant increases in military and border security spending while dramatically reducing the funding for a number of other government agencies.

Several of those cuts, including reductions at the Department of Health and Human Services, the National Endowment for the Arts, the Department of Housing and Urban Development, and the Corporation for Public Broadcasting will affect a variety of Georgia-based programs that receive federal funding.

Thursday, Senator David Perdue (R-GA), said in a statement, “Like any major turnaround, this initial budget blueprint shows us he is keeping his promises.”

The Atlanta-based Centers for Disease Control and Prevention would likely see major cuts under the proposed budget.

The president wants an 18 percent reduction at the Department of Health and Human Services, which oversees the CDC.

The proposal includes $500 million in block grants. The Trump administration says the money will give states more flexibility in meeting their public health needs.

John Auerbach of Trust for America’s Health says that’s not the best approach.

“The flexibility would be a ‘Sophie’s Choice’ kind of flexibility. They would be forced to decide which health concerns or diseases they’ll focus on and which ones they’ll stop doing any work on.”

The CDC could also face cuts if Congress repeals the Affordable Care Act. The law includes a billion dollars in public health funding administered by the agency.

The non-profit arts community in Georgia could lose between $1.5 and $2 million every year if the NEA is defunded. Karen Paty is executive director of the Georgia Council for the Arts, the state agency that receives the majority of NEA funding in Georgia. She says the private and public art funded by the endowment creates an additional $62 billion a year in economic activity in the state.

“The stronger that both of those sectors are, the more opportunity there is for our creative class to live and work here.”

Officials at the NEA say even if the president’s budget should pass, this year’s grants are safe. The NEA is still accepting applications for the 2018 grant cycle as well.

The author of stories including “A Good Man is Hard to Find” and “The Life You Save May Be Your Own” inspired a cottage industry of literary tourism in the small city.

Bruce Gentry is a Georgia College English professor who edits the “Flannery O’Connor Review.”  He says the National Endowment for the Humanities has injected $330,000 directly into the local economy through literary conferences. Gentry worries about the fate of future O’Connor scholarship, including a documentary set to film in Milledgeville on Friday.

“I don’t know what’s going to happen to this long TV special that I’ve seen parts of and that is really good. And I just hope they can finish the job under the current situation.”

The NEH grants $2.7 million to the Georgia Humanities Council, which is then re-granted to local organizations across the state.

Trump’s proposed budget also calls for the elimination of HUD’s Community Development Block Grant (CDBG) program, which has funded community development programs across the country since 1974.

In 2016, the grant program funded $37 million dollars in projects in the state aimed at helping low and moderate income Georgians.

Those projects included things like basic infrastructure improvements, neighborhood revitalization, and the construction of health, senior, and youth centers.

“Very basic needs are not going to be met,” said Dan Immergluck, a professor who studies community development at the School of City and Regional Planning at Georgia Tech. “I know people don’t think about the federal government’s role in their local communities, but if you pretty much look out the window, CDBG is touching something.”

Immergluck said communities with small tax bases would be hardest hit by the elimination of the grants. MaryBrown Sandys, with Georgia’s Department of Community Affairs, agrees.

“[Those communities] are often unable to do these kinds of infrastructure projects without assistance from the federal government,” she said. “They just don’t have the resources.”

“State and local governments are better positioned to serve their communities based on local needs and priorities,” it reads.

The proposed $6 billion cut to HUD could also make it difficult to maintain public housing across the state. Georgia has dozens of housing authorities. June Parker is CEO of the Macon Housing Authority, which relies on about $25 million in federal funds.

In addition to the cuts, Parker says the president’s proposed budget keeps flat the funding for the Section 8 subsidized housing program. She says that would make it hard to help additional people who need a subsidy for rent.

Budget increases for the three departments will allow Trump to deliver on key campaign promises that play strongly to his core conservative base. Red meat issues such as beefed-up border security, increased spending on advanced weaponry such as F-35 Joint Strike Fighters, and improvements to veterans’ access to doctors and support services all fit in with the president’s nationalistic “America First” position.

Although the budget is short on details regarding specific military projects, several areas in Georgia could benefit from the increased military spending. Georgia is the sixth-largest state in terms of military personnel and is the home to eight major bases and over 100,000 military personnel. Dobbins Air Reserve Base in Cobb County and the Georgia Cyber Innovation and Training Center that is slated to be built near the U.S. Army’s Cyber Command headquarters in Augusta could both see an influx in resources that would dramatically affect not only the bases themselves but the surrounding communities as well.

The Trump administration is attempting to contrast its proposed budget with more recent Defense Department budgets by emphasizing that the money will be spent to “primarily invest in a stronger military” as opposed to being spent directly on combat operations, as has been the case for the majority of the last two decades.

The VA would see its budget increase by 6 percent to $78.9 billion. After a series of very public instances of mismanagement under the Obama administration, the increase in funds would be directed towards increasing services to veterans as well as filling the more than 45,000 vacancies that currently plague the department.

The 7 percent increase marked for the Department of Homeland Security will mostly go towards the design and construction of the southern border wall. With $2.6 billion of the proposed $2.8 billion increase earmarked for the wall, $314 million would be used to hire 500 new Border Patrol agents and 1,000 new Immigration and Customs Enforcement agents.

Full disclosure: President Trump's proposed budget includes plans to eliminate federal funding for the Corporation for Public Broadcasting. CPB provides funding for over 1,500 public radio and television stations including NPR, PBS, and Georgia Public Broadcasting. On an annual basis, GPB receives $3.4 million from CPB, and and spends $4.5 million to provide NPR and PBS programming to the citizens of Georgia. For more information on GPB's position regarding the potential loss of CPB funding, please click here. 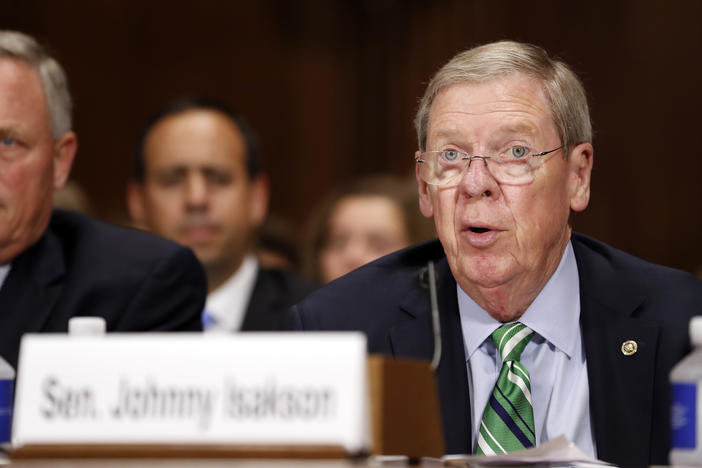 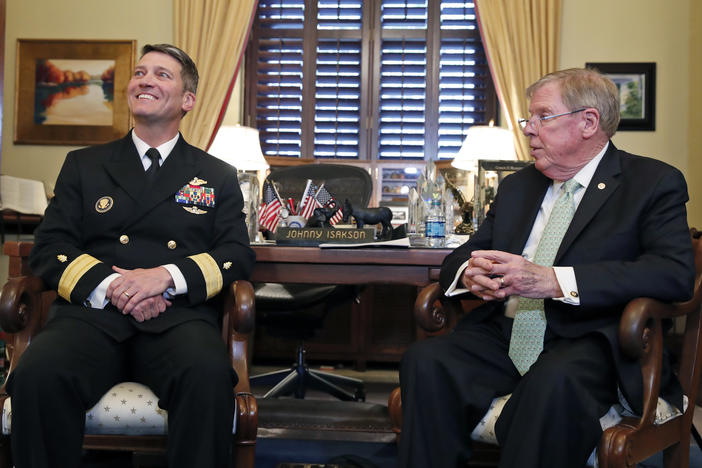 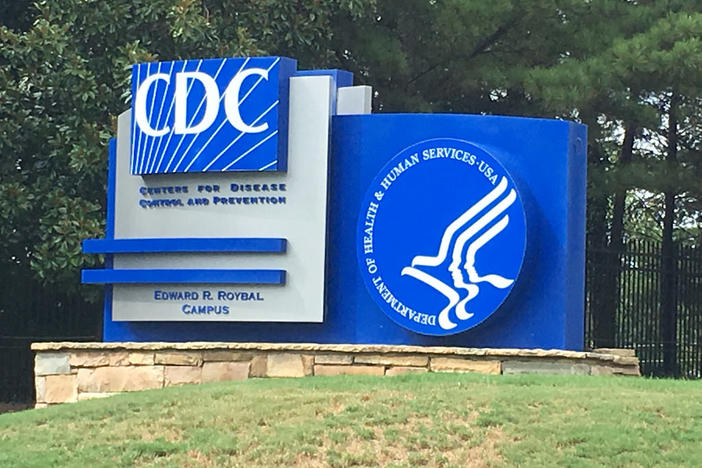