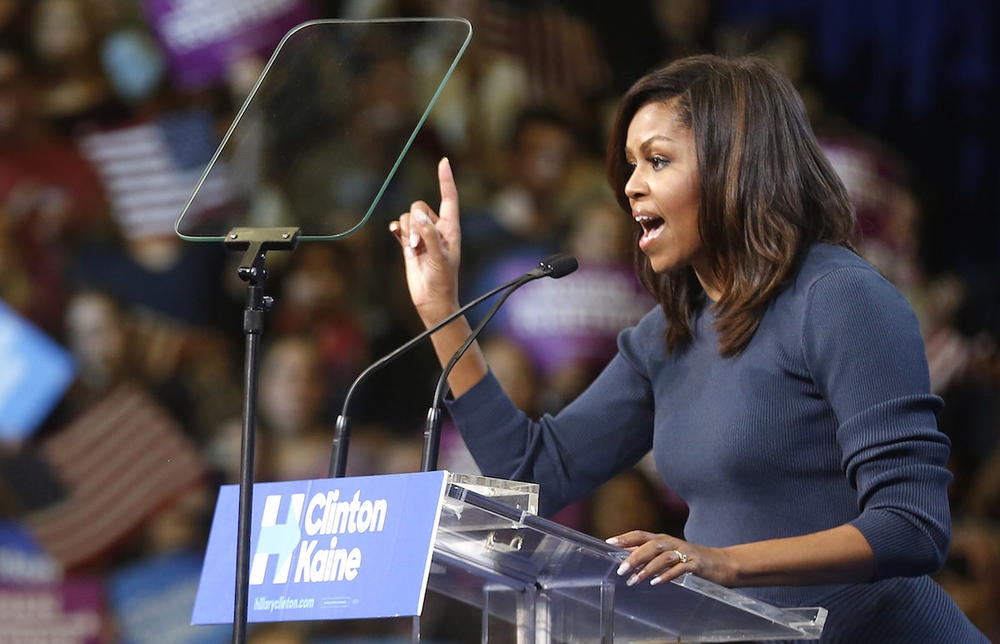 Today on "Political Rewind," Democratic candidate for United States Senate Jim Barksdale sits down to discuss the latest in national and state politics. As the challenger to incumbent Johnny Isakson, Barksdale discusses his race strategy and campaign operations.

Our panelists talk about the challenges with both local and national elections in the racially polarized climate of Georgia. After the recent events on the campaign trail our panelists discuss the changes in the state and the awakening of new groups in politics as a result of the latest media revelations.

On Thursday, First lady Michelle Obama took to the campaign trail just moments ahead of Donald Trump's speech in Florida. The two painted different pictures of the current status of politics and the allegations facing both candidates over scandals. Trump faces more allegations of sexual assault while Clinton tries to deflect attention away from a major WikiLeaks release of more controversial emails. How do these controversies so late in the game influence voters and their decisions?