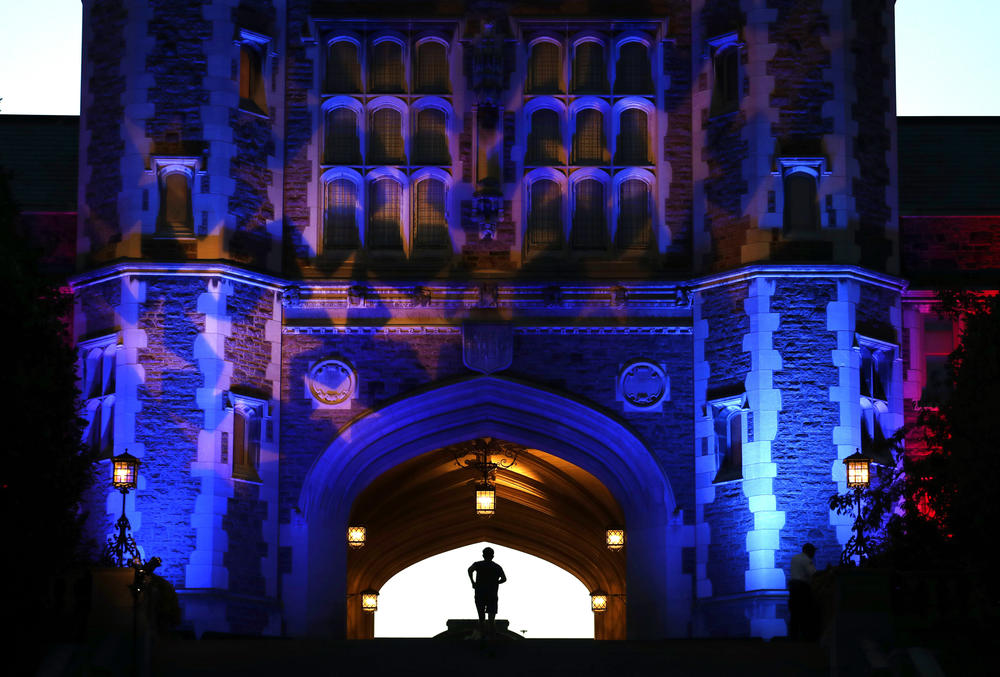 Caption
A man jogs up stairs to Brookings Hall, which is lit up in a patriotic theme, as preparations continue ahead of the second presidential debate at Washington University in St. Louis this Sunday.

Today on "Political Rewind," Hurricane Matthew reminds us of the importance of government coordination and the leadership roles of our elected leaders. Even in the middle of a hurricane, politics has maintained a presence as one campaign begins to run campaign ads on the weather channel.

Our panel of political insiders discuss the upcoming presidential debate. How will the candidates prepare for the Town Hall styled debate in which half of the questions will come directly from citizen participants? With the first head-to-head debate out of the way we discuss how the candidates may change their approach and talking points.

During a campaign fundraiser we sat down to speak with Libertarian Vice Presidential candidate Bill Weld. The panel discusses third-party candidates and whether or not the Johnson/Weld ticket will have a significant impact on the outcome in November.

In local politics, we talk about the case of a citizen journalist who was arrested at a GOP rally in North Georgia. As the lines of who is and who isn't a journalist continue to be blurred, our panel discusses how this case may impact citizen journalists in Georgia.