How Are Race, Religion And Polls Influencing The Presidential Campaign? 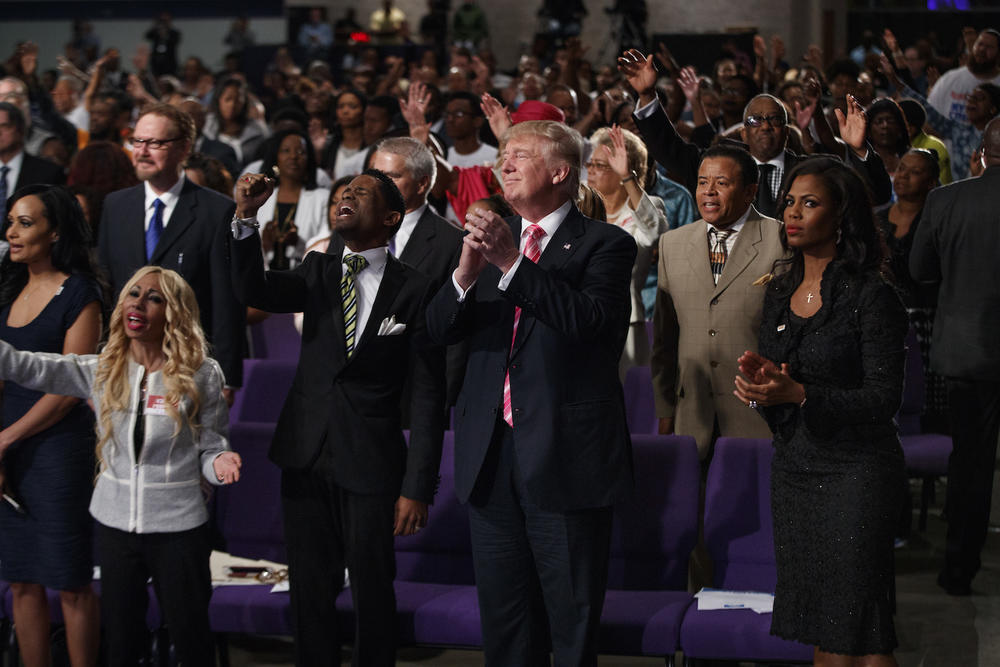 Today on “Political Rewind,” we take on the topics of race, religion, and polling margins of error. How will these elements collectively shape the next few weeks now that we have entered the fall campaigning season?

Scenes from Donald Trump’s visit to Great Faith Ministries in Detroit expand on the nominee’s agenda to court the black religious vote, but is he ignoring the declining support amongst Catholic voters as Hillary Clinton continues to see a rise?

We’ll discuss how the Obama administration’s attitudes toward Israel could motivate Jewish voters to vote for Trump in fear that casting a ballot for Clinton will further policies that left them feeling alienated.

In Georgia, Democrats are crossing their fingers in hopes that the year of breaking political norms will turn the state blue in November. We take a closer look at several recent polls that no longer paint the state the bright shade of red it has been since the mid-‘90s.

We will also discuss our role as an electorate to create the expectations that our leaders are to live up to. In the process of electing the “greatest” leader of the free world in November, have we decided that “good people” are not the priority? Are these candidates the role models that we want our children to look up to? Will we look back at this period in history and hold our leaders in high regard for their good qualities as well as their great ones?