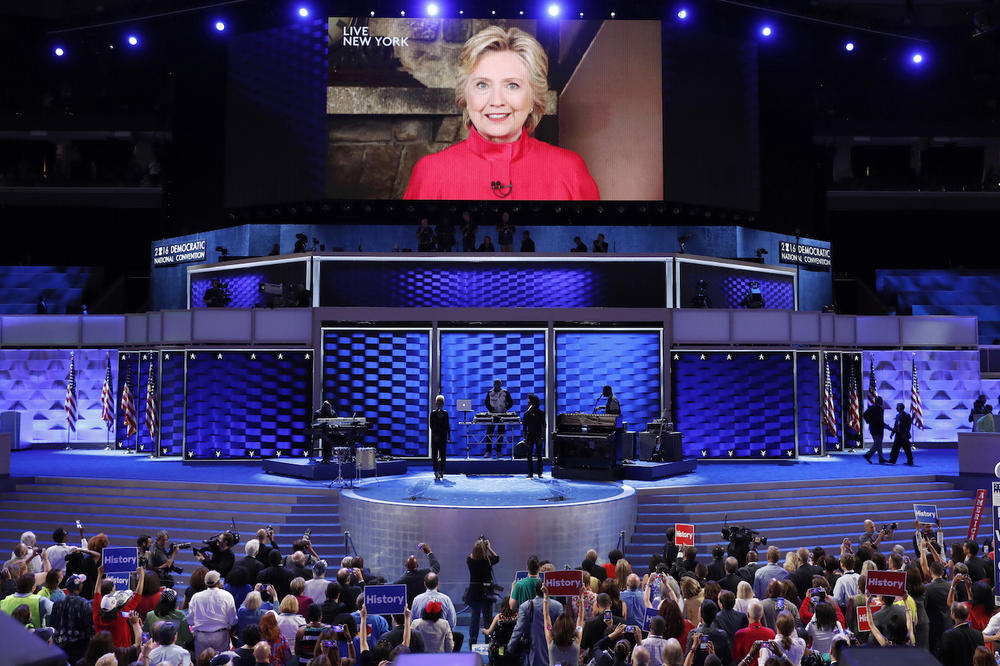 Caption
Democratic presidential candidate Hillary Clinton appears on a large monitor to thank delegates during the second day of the DNC in Philadelphia.

Today on “Political Rewind,” we discuss the events of last night in Philadelphia. On a poignant note, Bernie Sanders elected to do what Hillary Clinton did for President Obama in 2008, asking for a vote by acclamation.

Does this hurt Clinton in her big moment of becoming the first woman nominee of a major party? And what comes next for Sanders now that he has pushed his ideals into the party platform? From Philadelphia, Clarkston Mayor Ted Terry joins us with his perspective on the “Bernie or Bust” delegates and their effect on the convention's proceedings.

Partisanship aside, Hillary’s nomination is a historic moment for breaking the gender barrier... but is that getting the attention it deserves? Yet another prominent Georgian in the convention, John Lewis' nomination speech was especially meaningful considering his withdrawal of support for Clinton in 2008. For more insight on the convention, Dr. Andra Gillespie, Associate Professor of Political Science at Emory University and AJC Political Reporter Jim Galloway join us by phone.

While Bill Clinton has largely been on the sidelines for much of this campaign, his speech last night came with his classic Clinton charm. In framing his remarks around the story of their love and marriage, he ensured that his own political career did not unnecessarily overshadow hers in her big moment. As Democrats seek to change voter mistrust of Hillary Clinton, Bill humanized her in a way few can do, by speaking of stories and personal moments through the years. Bill’s keynote was a passionate defense of her character and the strength of their marriage, but will Trump respond with more dirty laundry from their past?