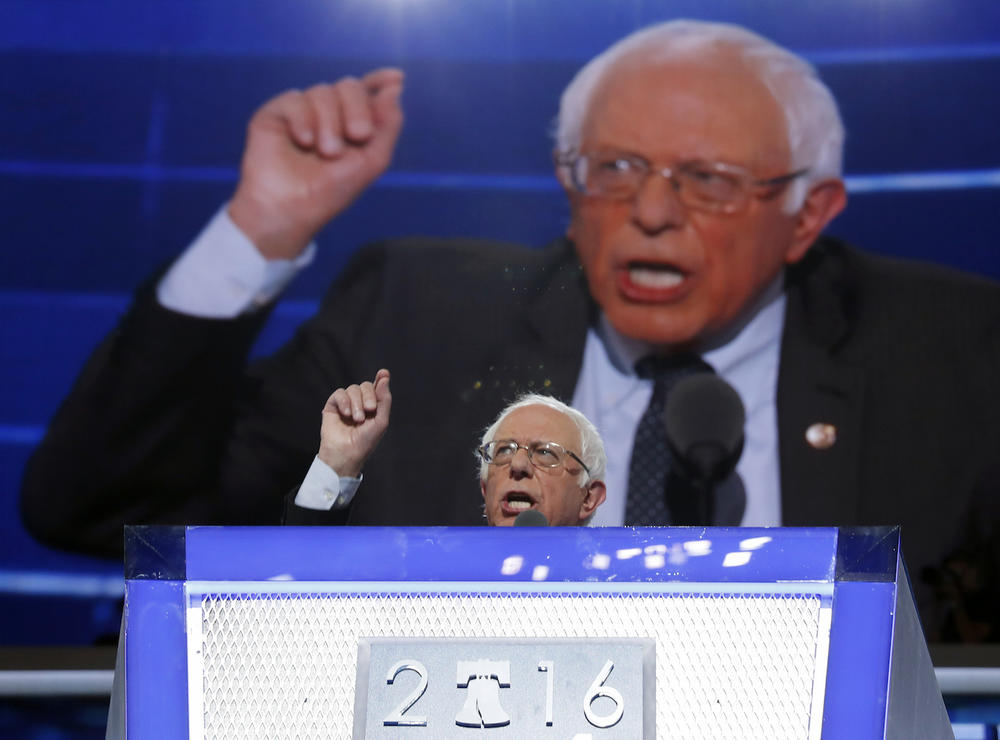 Today on "Political Rewind," we take a look at the major speeches from the first night of the Democratic Convention. Though Bernie Sanders provided a powerful endorsement of Hillary Clinton, some of his strongest supporters remained resistant.

Even Sarah Silverman’s speech was met with boos from Bernie supporters, despite her being a staunch advocate for his candidacy during the Democratic primary. Other highlights of the night included strong speeches from Michelle Obama and Elizabeth Warren, and some Georgia flair brought forward by Stacey Abrams’ speaking role.

Though the Democrats thought they would have a convention free from the contentiousness that the GOP dealt with last week, recent revelations surrounding Debbie Wasserman Schultz and the DNC emails have trounced their efforts. After resigning her position as chair of the DNC and electing to not gavel in at the convention, Schultz is at the center of much scrutiny from Sanders supporters who feel as though they have been cheated out of a fair election. Furthermore, for a party who chose to open their convention with an evening of speeches from their most progressive voices, this news has the power to diminish their attempts at a united front going into the general election. LaDawn Jones, leader of the Bernie Sanders campaign in Georgia and a Sanders delegate in Philadelphia, joins us by phone with her thoughts on the convention.

News outlets have begun to suggest that the email leaks may have come from Russian security agencies that are trying to disrupt the Democratic convention. Is it plausible that Putin may be trying to help Trump win the White House? And when you factor in the Trump comments saying he may not come to the aid of a country being threatened by Russia if they aren’t paying their NATO dues, is it such a crazy idea?

In local politics, today is runoff day in Georgia! In the 3rd district congressional race, it is Mike Crane against Drew Ferguson. Ted Cruz made an appearance in Newnan for Crane on Friday, and Ferguson continues to hammer Crane for his comments about shooting to kill cops who enter his house with no-knock warrants. Tim Lee faces slim prospects in his reelection campaign against Mike Boyce. His secretive deal with the Braves and the follow up stories revealing problems related to cost and planning continue to plague Lee.