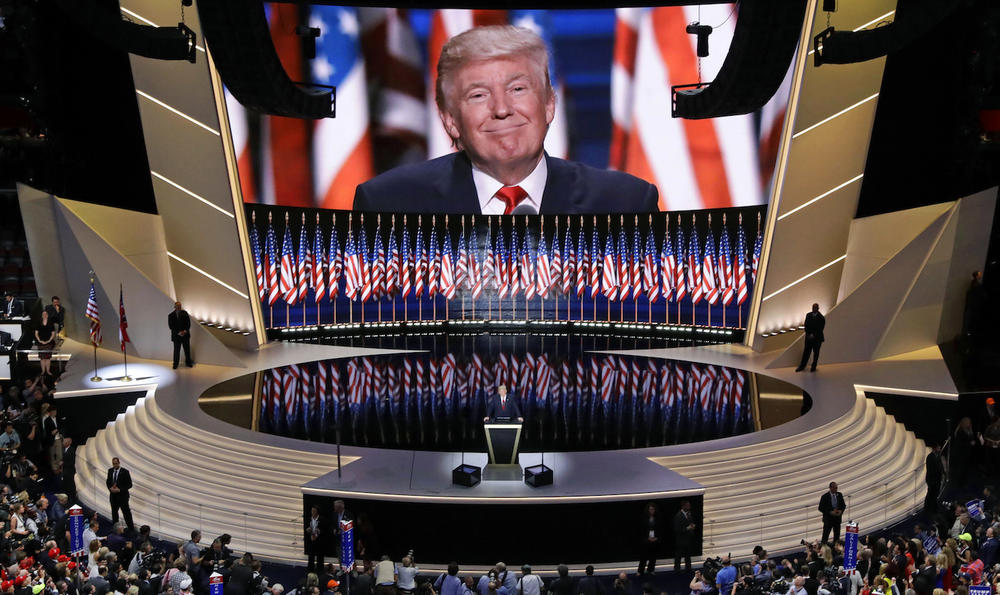 Today on “Political Rewind,” we discuss the aftermath of Donald Trump’s official acceptance speech, the end to a tumultuous week in Cleveland.

Can Trump help the party recover from what many observers think has been a disastrous convention? It seems more likely that Ivanka Trump could hold that power, as her speech from last night and her broader role in his political campaign and business empire shows that she is consistently his most effective surrogate. Though she spoke last night of labeling herself neither as a Republican nor a Democrat, she did arguably the best job of any speaker at the convention to unify the party, humanize her father, and invoke support for social issues that the GOP platform neglects.

We examine the other highlights of the convention, including Ted Cruz’s speech from Wednesday. The Georgia delegation had mixed reactions to his refusal to endorse Trump, and their reviews likely intensified at Cruz’s defense of his decision. The major fallout from his controversial moment was in the attention it stole from Mike Pence’s speech that followed. Now that Trump and Pence have gone their separate ways to campaign, can we use Pence’s convention speech as evidence that he was the strongest choice for Trump?

In the wake of plagiarism allegations and no support from Cruz, the recent news of Trump on foreign policy has largely gone under the radar. In his interview with the New York Times, Trump suggested that his administration would not support NATO allies under attack unless they were paid up with the organization. Though media has not covered the situation extensively, several high profile politicians on both sides of the aisle have condemned his comments.

Early reports of Hillary’s search for a vice-presidential running mate suggest that she is down to Tim Kaine, Tom Vilsack, Corey Booker, Thomas Perez, and James Stravidis, a retired four-star Navy admiral. We expect an announcement to be made sometime today. Alongside this new voice to the campaign, how will Democrats combat some of the incredibly negative rhetoric from Cleveland when they convene next week?