How Will The RNC, DNC Address Violence In Dallas, Baton Rogue, And Falcon Heights? 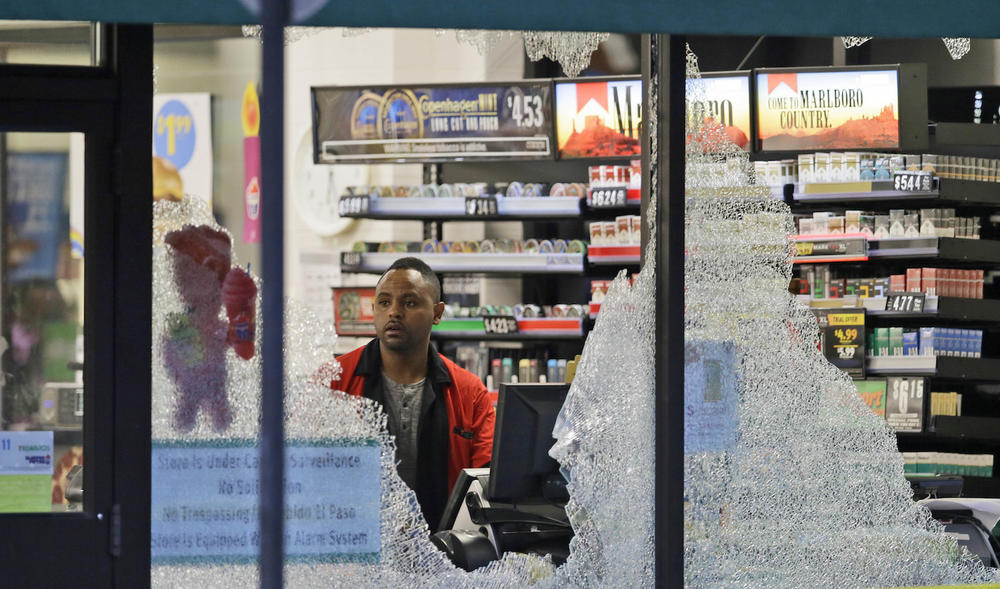 Caption
A clerk looks at broke windows shot out at a store in downtown Dallas, Friday, July 8, 2016. Snipers opened fire on police officers in the heart of Dallas during protests over two recent fatal police shootings of black men.

Today we discuss the recent murder of five police officers in Dallas, Alton Sterling in Baton Rouge, and Philando Castile in Falcon Heights. As the two major parties prepare for their national conventions, how will they address the violence splitting the black community and law enforcement in two?

Donald Trump made it clear at his rally in Cincinnati that there would definitely be a role for Newt Gingrich in his administration. As Trump prepares to name his running mate, we are joined in the studio by Randy Evans, one of Gingrich’s closest advisors, ready to tell us what Gingrich in particular can bring to the ticket. With his leadership on the Republican Convention Rules Committee, we will also get Evans’ personal insight on the rebels who want to change the rules and “Dump Trump.”

With the continuing fallout over Hillary’s email, Paul Ryan is pushing to keep Clinton from having access to classified materials and briefings once she becomes the nominee. Is this pure politics or a real concern about keeping material confidential? Regardless, the issue is bound to permeate the remainder of the election season.