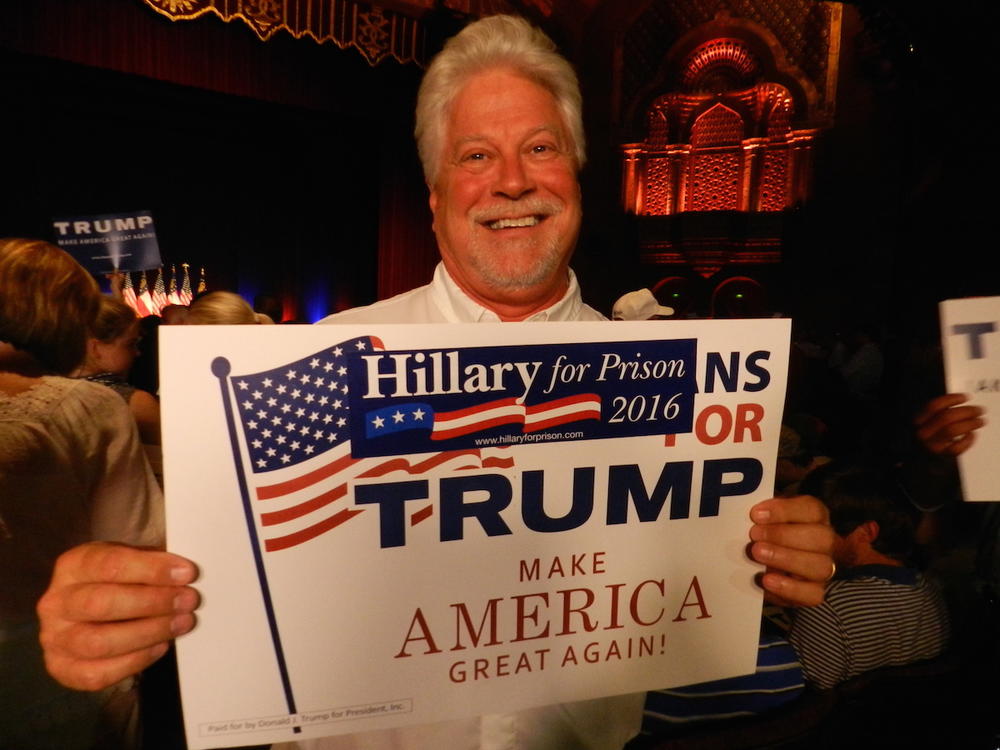 On this edition of “Political Rewind” we talk to Georgians who attended the Trump rally at the Fox Theatre in Atlanta to learn why they believe Trump is better suited to be president than Hillary Clinton.

Our panel of insiders looks at the latest round of polls that show Trump falling behind Clinton, especially among women voters. There have been no recent presidential polls in Georgia, but does our panel think Trump may be in some trouble here?

Turning to the Democratic side of the race, the panel assesses Bernie Sanders speech to supporters Thursday night. Why did Sanders fail to endorse Clinton, who has won the delegates necessary to be the nominee? Why does he continue as a candidate in the race?

We discuss how Georgia members of Congress have responded to the Orlando terrorist attack.

And now that Georgia Republican legislative leader Renee Unterman has called for the state to expand Medicaid through the Affordable Care Act, we ask whether this will actually happen next session.