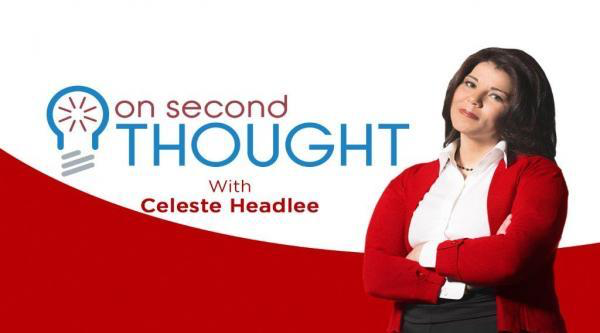 We talk with novelist Terry McMillian, who uses a familiar creative device to help many of her female characters face their fears: reinvention. We saw that play out in her New York Times bestseller "Waiting to Exhale,” and we see it again in her latest novel, "I Almost Forgot About You."  McMillian is in Atlanta this week for a book talk and signing.

Then, the showdown between Donald Trump and Hillary Clinton is all but official as the nomination phase of election season winds down. Trump has successfully navigated past the misgivings that many had about his campaign and has earned a great deal of political power in the process. Savannah State University professor Robert Smith has observed Trump’s political ascension and fashioned a college course around the braggadocious businessman. The class is called “The Trump Factor in American Politics” and will deal with every aspect of Trump’s political career, even using “The Art of the Deal” as required reading. Professor Smith joins us to talk more about his class and Savannah State student Mia Robinson provides her perspective as one of the students taking the course.

Bestselling author, Terry McMillian, talks about the process of writing her latest novel, "I Almost Forgot About You." Then, we speak with Savannah State University professor Robert Smith about his college course on Trump's political career. Plus, Kennesaw State University student Asia Gibson tells us why she thinks slave narratives, such as "Roots," have run their course.

Plus, the remake of the 1977 miniseries “Roots” premiered last week on the History Channel. It's reignited a conversation about the nation's most painful chapter: slavery. Kennesaw State University student Asia Gibson says slave narratives have run their course.  She explains why she’d rather see more diverse depictions of African-American history on screen. Then, we talk with two scholars – Stephane Dunn of Morehouse College and Matt Delmont of Arizona State University – about the larger implications of the miniseries.

When Donald Trump began his campaign in 2015, few thought he would climb to the nation’s highest office. But Jared Yates Sexton realized Trump was onto...

On Second Thought For Wednesday, October 4, 2017

On Tuesday, the former head of Atlanta-based Equifax apologized many times during a hearing before a House Energy and Commerce subcommittee about the...