Grandison Harris: The Slave Hired To Steal Bodies From The Grave 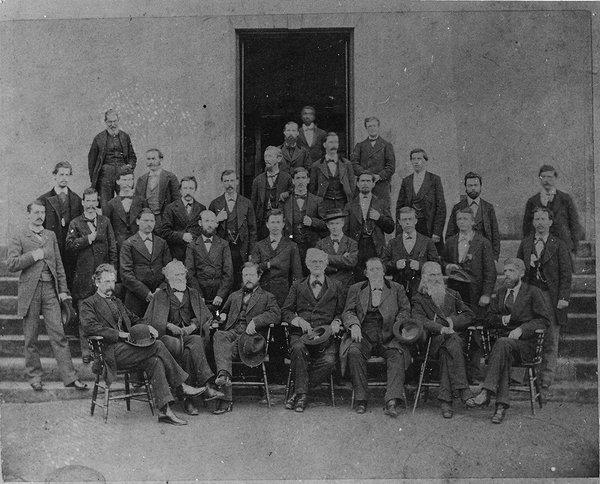 Grandison Harris stands in the back in this picture of the Georgia Medical College Class of 1877.

Construction workers in Augusta, Georgia made a frightening discovery in the summer of 1989: 10,000 bones buried in a basement under the dirt of a 150-year-old building. The bones told a story. Markings revealed they came from dissected bodies, and the building that kept their secret for so long was the former home of the Medical College of Georgia. For decades, medical students learned about anatomy from bodies stolen from graves.

Nick's story about Grandison Harris can be found here.