Middle Georgia joined the rest of the state in getting out to vote this week.  We're talking polling numbers, Hillary Clinton, Donald Trump and the Georgia Association of Black Elected Officials new leadership on Macon&Eggs this week.  See the video!

HOT TOPIC #1:
Hillary Clinton and Donald Trump are the big winners in this week’s primary.  They both won Georgia.  What do you think is behind the big wins in Georgia?
During visits to several polling locations in Macon on Tuesday, GPB Macon's Leah Fleming reports there was a steady stream of voters all day.  Did Middle Georgia turn out in large numbers to rock the vote?


HOT TOPIC #2:
The Georgia Association of Black Elected Officials has a new president.  State Senator David Lucas of Macon has been appointed to lead the organization.  Former president Tyrone Brooks was sentenced to prison on fraud charges. What do you think David Lucas will bring to this organization?  Lucas says his priorities include: make the group’s operations more professional and offter technical assistance to Georgia’s black elected officials. 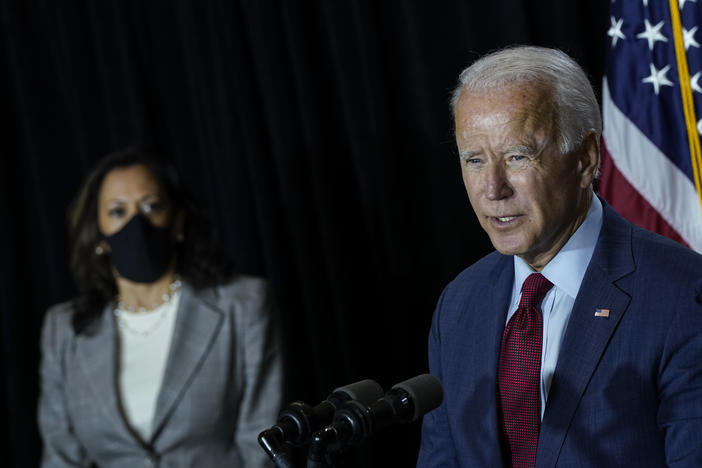 Joe Biden: For The Next 3 Months, All Americans Should Wear A Mask When Outside

The presumptive Democratic presidential nominee said every governor should mandate mask-wearing as a way to prevent the spread of COVID-19.

The Trump administration is ending Obama-era restrictions on emissions of methane, a potent climate-warming gas. Some oil and gas giants oppose the move, but smaller companies welcome it.

President Trump has stepped up his assault on both mail-in voting and the U.S. Postal Service. He stated that without additional money to fund both, Democrats will be unable to expand mail-in voting.