Guns In Houses Of Worship: One Muslim Clergy's Perspective 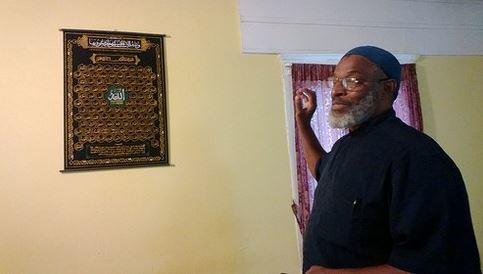 The bill wouldn’t actually allow guns everywhere, but it would allow houses of worship to decide if they wanted to allow guns in the sanctuary.

Many Christian and Jewish clergy spoke out against the bill at the state Capitol this year. The Muslim clergy’s perspective on the issue has been heard less often.

Nadim Ali is the imam at the Community Masjid Atlanta. In an extended conversation, he told GPB’s Jeanne Bonner that his mosque has security personnel who carry guns and also has signs posted saying guns are not allowed in the sanctuary.

Here’s an except of their conversation:

NADIM ALI: Well, we’ve always had those signs posted. I mean, before this legislation, we already have a security apparatus in place. And so if we see someone who we think may be carrying a weapon, we ask them to put it in their car… don’t bring it in to services. So we’ve had that in place for years.

JEANNE BONNER, GPB: What made you decide to post the signs in the first place and why do you think weapons have no place in your place of worship?

ALI: Well, you know, we feel as though in the neighborhood, we’re in a high crime neighborhood. And in the past we’ve done security patrols to minimize the drug dealing in our neighborhood. We’re not anti-gun advocates, but we’re responsible gun advocates. And also, there have been attacks on mosques around the country. Attacks or desecrations. So just to be a deterrent for anyone who’s considering coming and attacking our mosque, we have security posted outside specifically during the Fridays services and during the Eid services there is strong security presence there.

BONNER: So I suppose, would it be fair to say that you might be sympathetic to small houses of worship, who, maybe they can’t afford security and so they decide to allow members to bring guns into the place of worship?

ALI: I don’t think it's members, in general. I think that if they are going to do that, then they should have designated people who are in charge of security who would do that. So, I think that’s probably in place in many of the churches and houses of worship around the country and around Georgia as well.

BONNER: Many clergy who came to the Capitol to speak about the legislation opposed even getting involved at all. They didn’t want to post signs. They felt like that was a conflict and was not actually their duty as clergy. What are your thoughts about that.

ALI: The law, you know, I don’t think it is driven by necessity. It’s driven by more so perception that there is this danger going on. And those were some of my impressions as well. It’s economics and politics.

BONNER: Your mosque has taken a particular approach having security. What have other mosques done that you know of?

ALI: Similar. We have about 60 mosques around the Atlanta metropolitan area and some of the larger ones, again, may have an off duty policeman. There are many, in fact, Muslim policemen on the police force and they were able to, you know, guard the facility. Because mosques as opposed to churches, have been targeted for vandalism. And there is potential for destruction of mosques around the country. So it’s not so much perception, but reality with the mosques. But there have not been a great deal of attacks in churches. And so I think it’s more so driven by a profit motive. You’re talking about a $32 billion industry, or having an impact of $32 billion. They’re making billions of dollars on this fear. The marketing of fear.

JEANNE BONNER: Thank you so much for being with us, imam.