14 Segments in this Unit 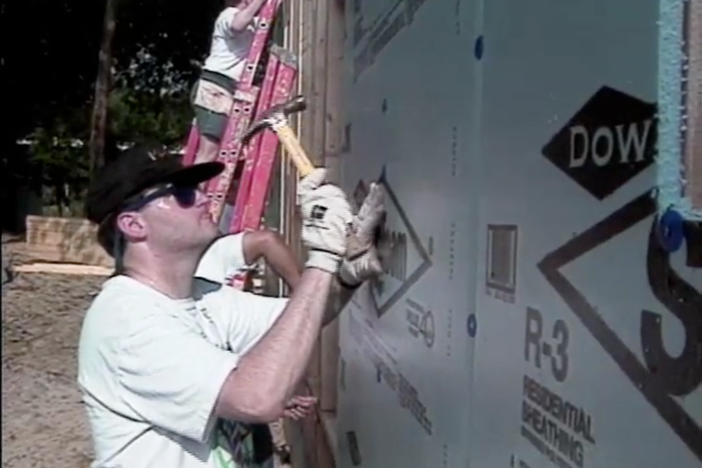 For many people, the cost of housing continually exceeds their income. In 1973, one man decided to do something about this situation. Millard Fuller, a self-made millionaire, went to Africa where he helped poor people build homes. Upon his return from Africa, Fuller founded Habitat for Humanity, a non-profit organization that has grown to become one of the largest homebuilders in the nation. Mattie and Silas Allen and Valerie Ferguson, Habitat homeowners, discuss what their houses have meant to them. 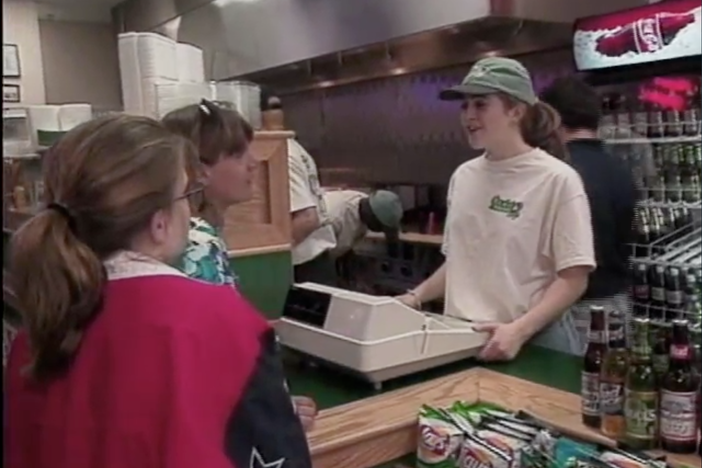 Today’s teen is twice as likely to get a job as a teenager in the 1950s. Back then young people were primarily concerned with school, sports, and having fun. Sprayberry High School Principal Paul Ross recalls his high school days and remembers that only a few classmates had jobs. Now, more than 5 million teenagers between the ages of 12-17 work voluntarily for pay. Principal Ross worries that school work suffers when teenagers work long hours. 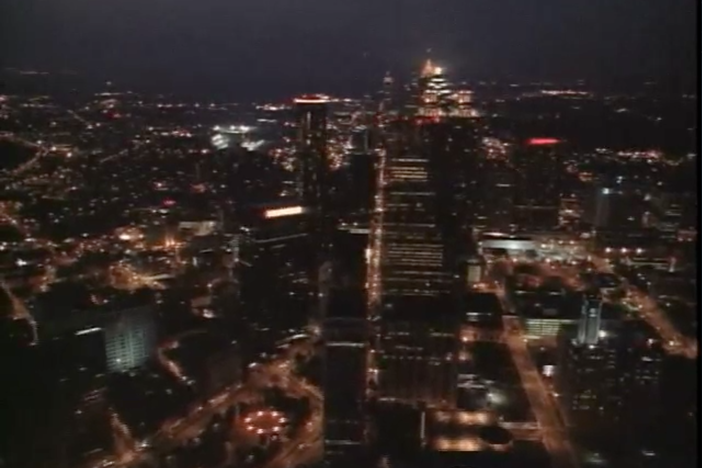 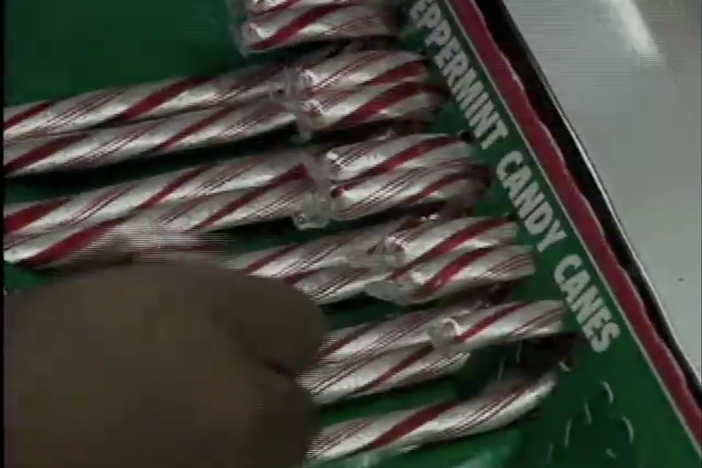 Bobs Candies, an Albany company founded by Bob McCormack in 1919, is the largest manufacturer of striped candy in the world. McCormack was the first manufacturer to wrap his candy in cellophane. In the 1950s, McCormack's brother-in-law, Father Gregory Keller, invented a machine to twist the candy and bend it into a cane. The Keller machine revolutionized the business and created a new industry–the commercial manufacture of candy canes. McCormack's grandchildren comment about working at the factory. 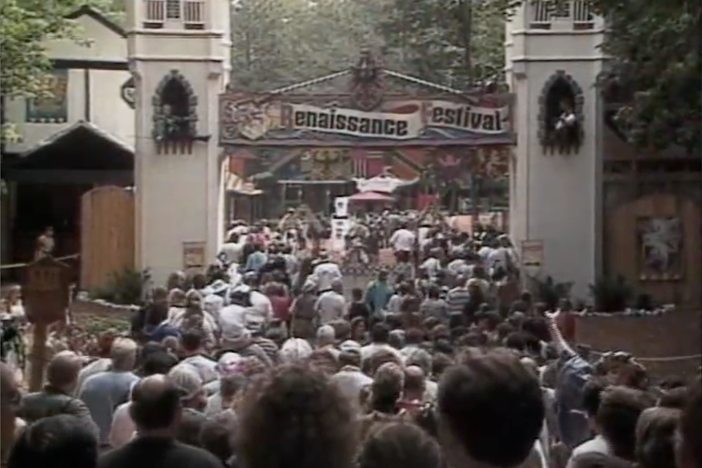 How Much Does It Cost to Host an Event?

Special events such as sporting events, conventions, and even the Summer Olympics can bring lots of money into the state and the host community. Spurgeon Richardson, president of the Convention and Visitors Bureau, lists ways people spend money at a special event. 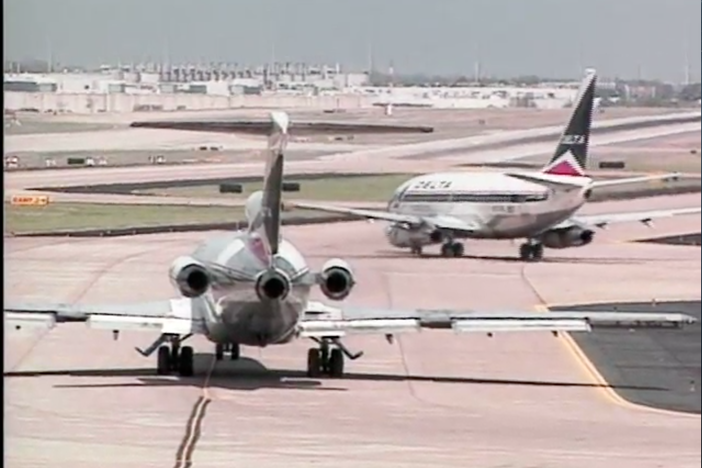 On any given day at Atlanta's Hartsfield-Jackson International Airport, more than 2,200 flights take off and land, traveling to 150 destinations in the United States, and 30 cities in 17 countries around the world. University of Georgia economist Charles Floyd notes that most people are passing through Atlanta are on their way to somewhere else. Angela Gittens, aviation general manager at Hartsfield-Jackson, observes that the transportation of people and goods is the essence of commerce. 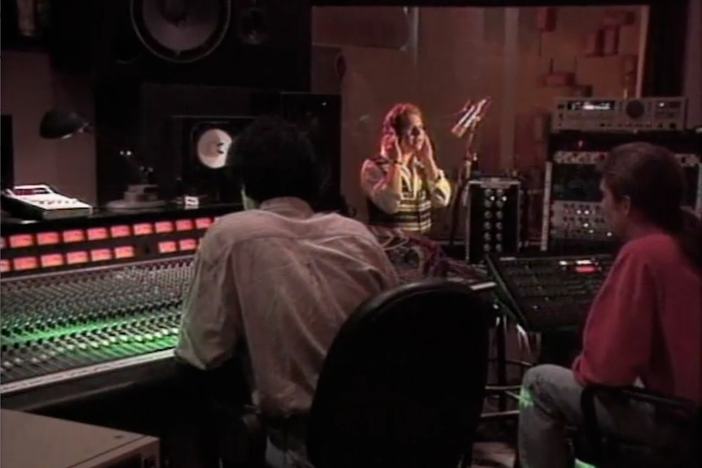 Music Capital of the South

Georgia has been a hotbed of musical talent and it brings in $600 million per year. Tommie Storms, director of music entertainment at the Art Institute of Atlanta, talks about the what makes the state so attractive to the music industry. 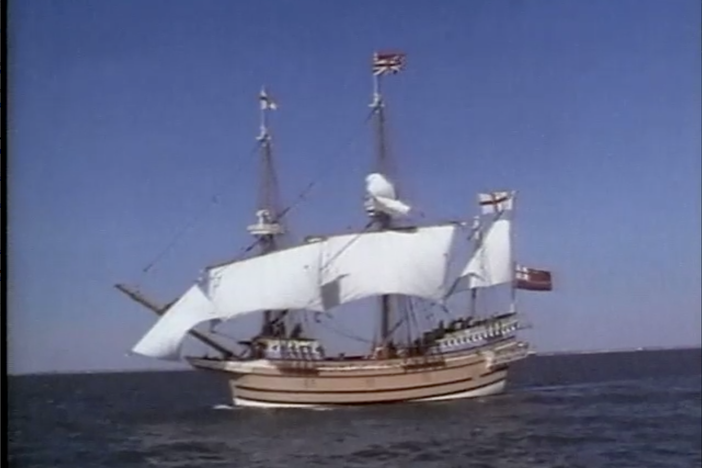 Port of Savannah, Yesterday and Today

According to David Schaller of the Georgia Ports Authority, Georgia products travel and are used around the world. Ships bring in containers loaded with goods from blue jeans to televisions. Author Rusty Fleetwood, and John Duncan of Armstrong State University discuss Georgia’s earliest exports when Savannah was international port city since the days of the Georgia colony. Kirk Johnston, a reenactor with the Charles Town Landing State Park, explains how mercantilism made Great Britain a rich nation. 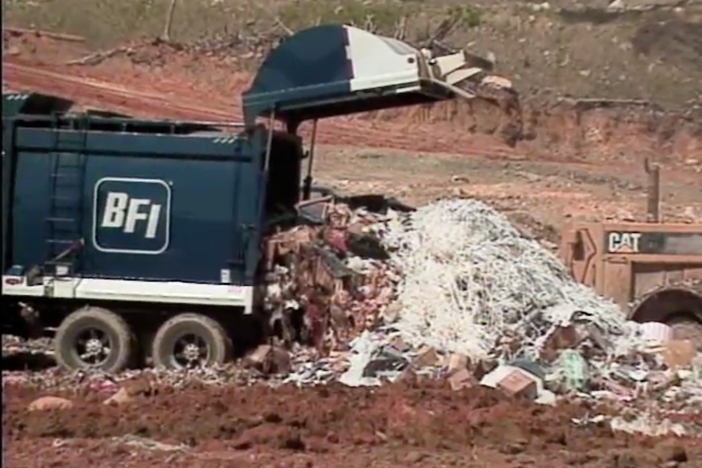 The average American generates four pounds of garbage a day, and collectively that adds up to 180 million tons of solid waste per year. Nearly 75 percent of it goes to landfills, but space is running out. Pam Farina, with BFI Waste Systems, recalls that citizens thought landfills would last forever. In 1990, the General Assembly asked communities to start recycling programs that would result in a 25 percent reduction in solid waste disposal. Bill Osburne, the city manager of Douglasville, discusses how his city took the request seriously and created programs that reduced household waste by 40 percent. Yolanda Diaz and Brian and Sean Buck, residents of Douglasville, comment on how recycling has changed their thinking about waste and reuse. 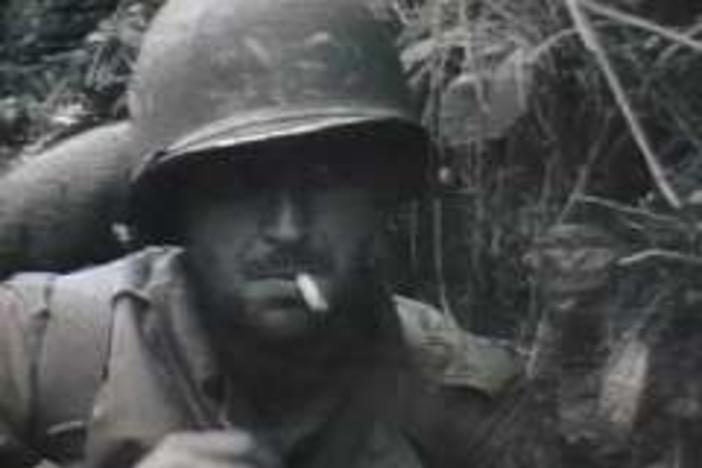 World War II played a big part in the baby boom. Two World War II veterans, Cdr. Tyler Gresham and Lt. Col. Charles Dryden, recall the loneliness of WWII while June Duncan, wife of Gen. L.C. Duncan, describes what it was like when the soldiers did return home. Between 1946 and 1951, a record 22 million children were born in the United States. Emory University history professor Patrick Allitt discusses the many ways that babies stimulate the economy. 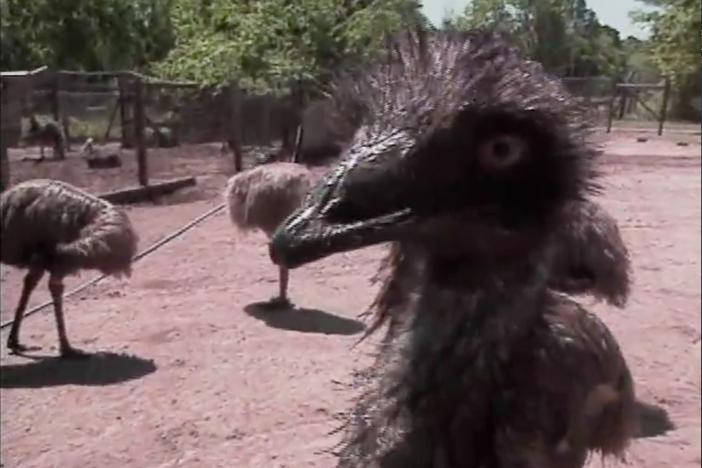 The Exotic Animals of Fowler Farms

Fowler Farms, a supplier of exotic animals to zoos and parks, is now supplying ostrich, emu, and rhea meat to restaurants and grocery stores. Fowler notes that 98 percent of the bird is useable including its meat, feathers, and hide. Suzanne Shingler, Fowler’s partner, is in charge of incubating and hatching eggs. This is a new industry in Georgia, but Shingler thinks it will grow especially since the meat is low in fat and cholesterol and people are more concerned with their diets these days. 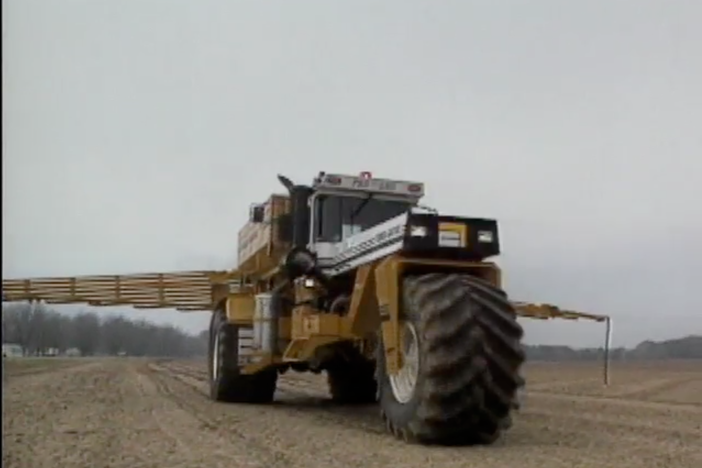 The History and Future of Georgia's Farms

Metter farmer Bill Lanier tells about his experiences of life on the farm before great technological changes came to Georgia. Dr. Craig Kvien, an agricultural scientist at the University of Georgia, explains how GPS has impacted the farming economy. Fourth and fifth generation Early County farmers W. P. Smith and his son Tony discuss the efficiencies brought to farming with new technologies. Finally, Mike Newberry, another Early County farmer, contends that the average person would be surprised at the amount of technology used in farming today and the unlimited potential for improvements in the future.

High school dropouts in the 1950s were able to support themselves and their families, but that is not true today. Technological changes have made jobs more complex and low skill jobs have almost disappeared. Dr. Robert Hughes, the deputy director of the Youth Challenge Program, says that low skill jobs are entry level jobs. As the job market has shrunk, more former students are returning to get their GEDs. Mary Smith, a 41-year-old GED seeker, acknowledges how tough it is to go back to school. 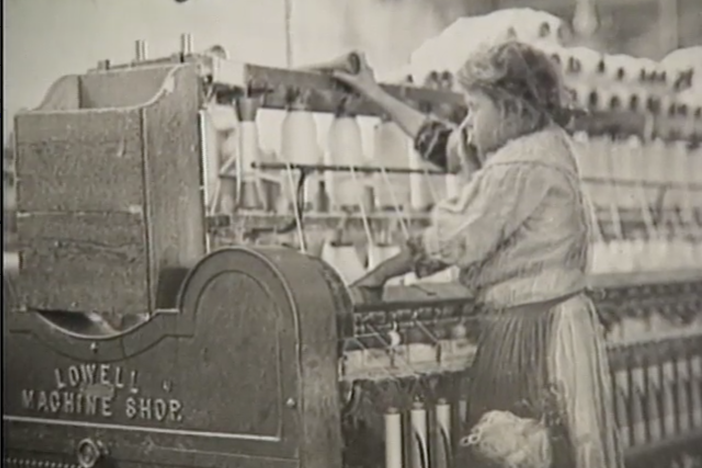 We Can Do It! Women in the Workforce

Kathleen Donohue, a University of North Carolina-Charlotte historian, states that in the 1950s and 1960s a woman’s primary role was that of wife and mother. Times have changed as discussed by four Georgia women who have been friends since high school. Today, women have the freedom and opportunity to choose both careers and family. Julie Culwell and Cynthia Jones also talk about their careers and the changing roles of women in the workforce. 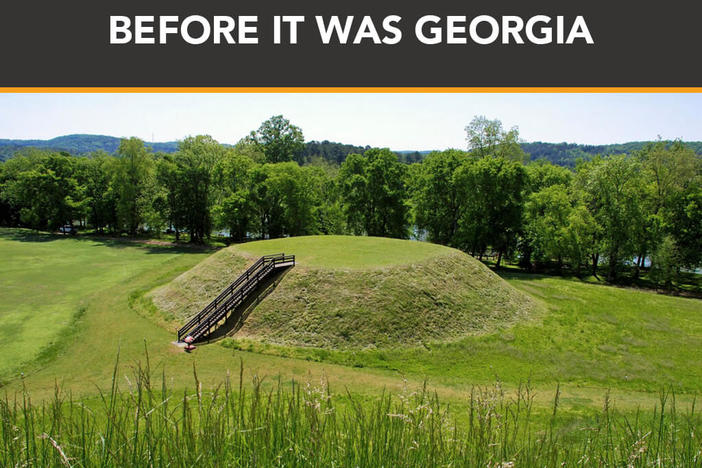 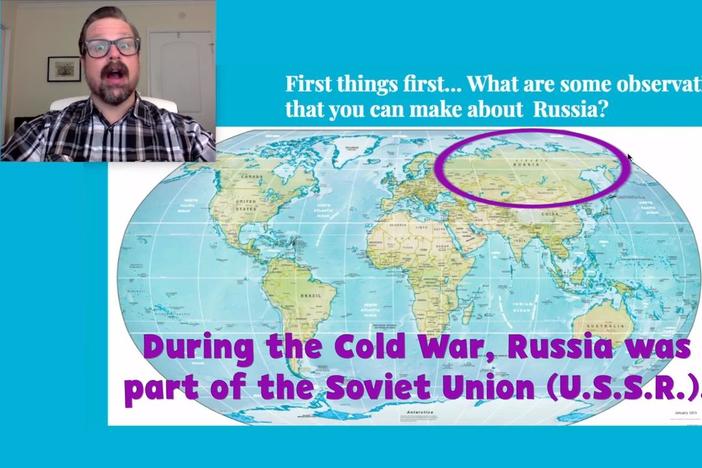 Students learn the origins and consequences of the Cold War and the meaning of the term "Iron Curtain" in this Let's Learn GA! episode with Georgia teacher Michael Holliday. 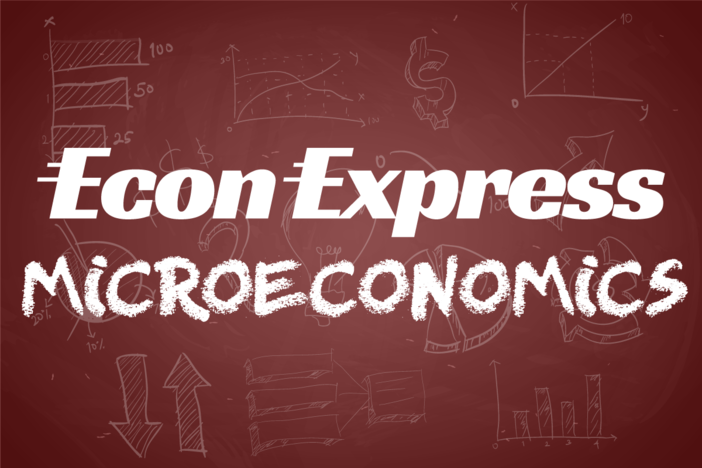