Examine antisemitism and the resistance to racial equality exemplified in the Leo Frank case.

1. Describe the broader societal issues that played a role in the Leo Frank case.

2. If the trial of Leo Frank were held today, what changes would there be in the way the murder was investigated and in the trial itself?

3. What actions on the part of the participants or citizens could have taken place to prevent the hanging of Leo Frank?

1. You are a prosecuting attorney for the state of Georgia. You are attempting to put Leo Frank's lynchers behind bars. Part of your case requires confirming the time of the murder. If the mob traveled at an average speed of 18 mph from the Milledgeville prison where Frank was held, how long did it take them to reach Marietta where he was lynched? Based on reports of when Frank was kidnapped, at about what time was he hanged?

2. You are one of the attorneys hired by Leo Frank to defend him in the murder trial. Come up with different defense tactics than what was originally proposed during Leo Frank's trial.

3. Stage a mock trial of the Leo Frank Case. Archival documents on the web should be used as resources to make it as authentic as possible.

4. Draw a political cartoon that expresses an opinion about the trial verdict, Governor Slaton's decision or the lynching of Leo Frank.

affidavit: a sworn statement in writing; a declaration in writing, signed and made upon oath before an authorized magistrate

anti-Semitism: opposition to, or hatred of, Semites, esp. Jews.

appeal: to make application for the removal of (a cause) from an inferior to a superior judge or court for a rehearing or review on account of alleged injustice or illegality in the trial below

bias: a leaning of the mind; propensity or prepossession toward an object or view, not leaving the mind indifferent; bent inclination

commute (the sentence): to diminish; as, to commute a sentence of death to one of imprisonment for life

chief executive: the person who holds the office of head of state of the government defense

attorney: a lawyer representing the accused

due process: the administration of justice according to established rules and principles

lynching: to inflict punishment upon, especially death, without the forms of law, as when a mob captures and hangs a suspected person

pardon: the act of pardoning; forgiveness, as of an offender, or of an offense; release from penalty; remission of punishment; absolution

petition: a written document that people sign to show that they want a person or organization to do or change something

populist: a member of the People's party

propaganda: any organization or plan for spreading a particular doctrine or a system of principles

prosecutor: the person who institutes and carries on a criminal suit against another in the name of the government

scapegoat(ing): to make a person, thing, or group bear blame for others. Solicitor General: a law officer appointed to assist an attorney general

symbolism: the act of, or the state of representing ideas symbolically

1. Describe the broader societal issues that played a role in the Leo Frank case.
The dramatic changes that the New South era brought to Georgia upset many southerners. Mary Phagan, a 13 year old factory worker, became a symbol of child labor and the issues it posed. Leo Frank, a Jew and the manager of the factory, represented a northern capitalist who was viewed as exploiting young children.

2. If the trial of Leo Frank were held today, what changes would there be in the way the murder was investigated and in the trial itself.
There are many new uses of forensic science in criminal investigations today. DNA would be one of the main tools investigators would have used to identify the real killer. Witnesses would certainly be questioned, but the use of polygraph tests – while not admissible in court – might be considered in deciding the identity of the killer. Also, racial and religious bias would be less rampant – although not entirely absent – during the investigation and trial periods. The use of the press and media would be less invasive to ensure a fair trial. If the death penalty were imposed by the judge and jury, the defendant would have appealed all the way to the Supreme Court, if necessary. The trial itself would have been conducted in a much more orderly manner, following due process and with less inflammatory rhetoric on the part of both attorneys. Students may find other ways this would have been different due to all the court dramas on TV and actual trials in the news and on TV.

3. What actions on the part of the participants or citizens could have taken place to prevent the hanging of Leo Frank?
Many people knew about the plot to kill Frank. If only one person had reported this to authorities other than those in Cobb County, this might have been prevented. Those in charge in Milledgeville were also responsible. If they had prevented the “break-out” of Frank from prison, perhaps they could have saved his life. The rampant bigotry of the time was as much a part of the hanging as anything else. Preventing this would have taken more than just someone reporting that it existed.

Lynching
Court of Appeals of Georgia

Georgia’s rise from the ashes of civil war sparked a debate about development and the future of the state. Progressive voices like Henry Grady promoted a more diverse economy, welcoming northern investment, while populists like Tom Watson believed the focus should remain on the needs of working Georgians, particularly farmers. 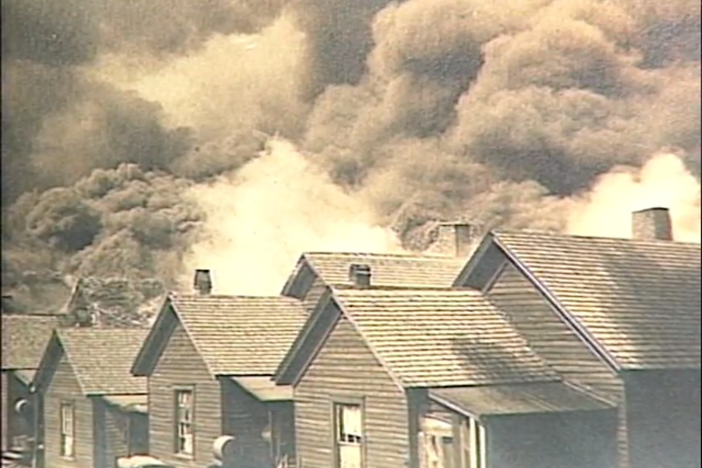 A Phoenix Reconsumed: The Great Atlanta Fire of 1917 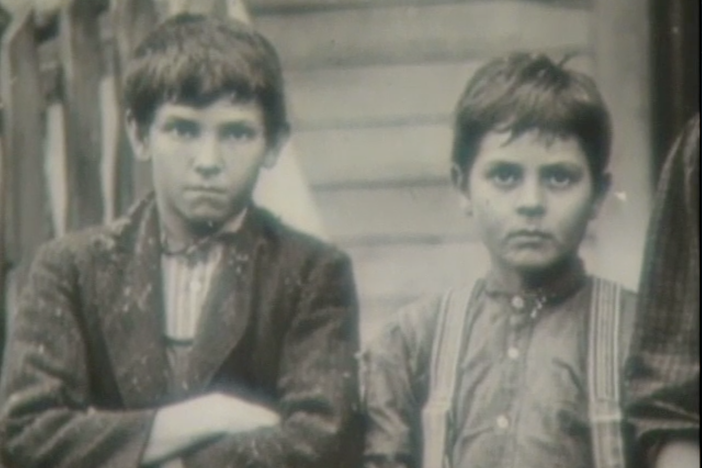 Before There Were Child Labor Laws 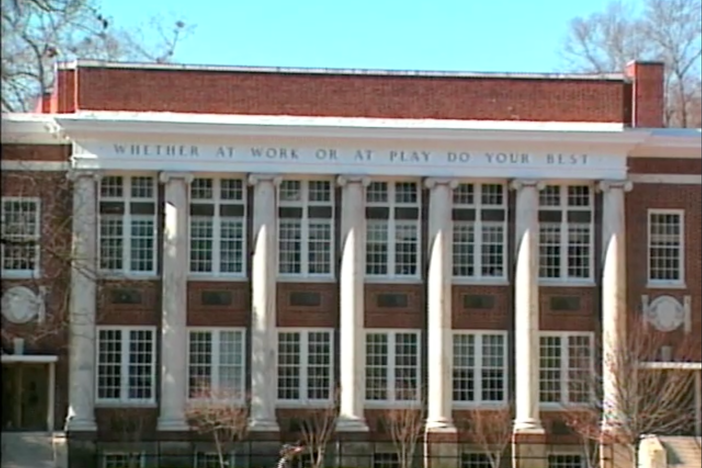 Berry College: The Gate of Opportunity 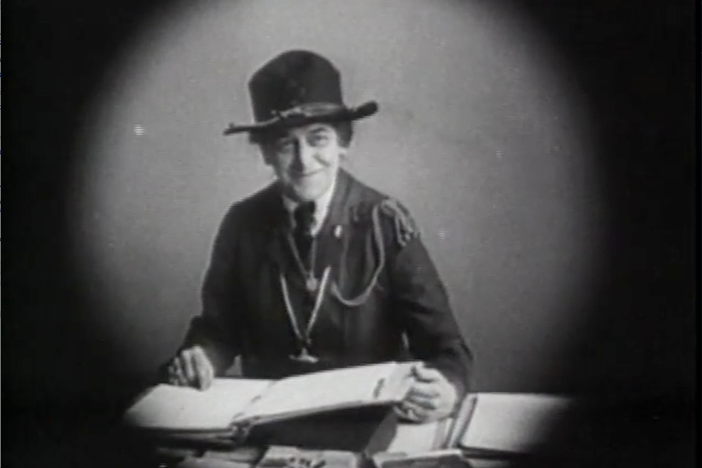 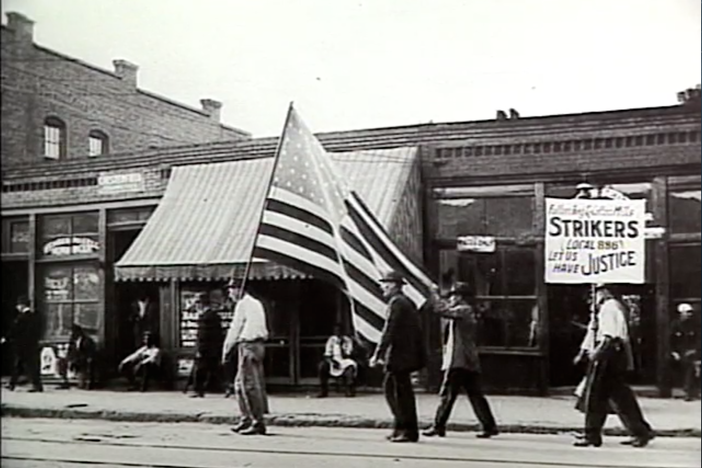 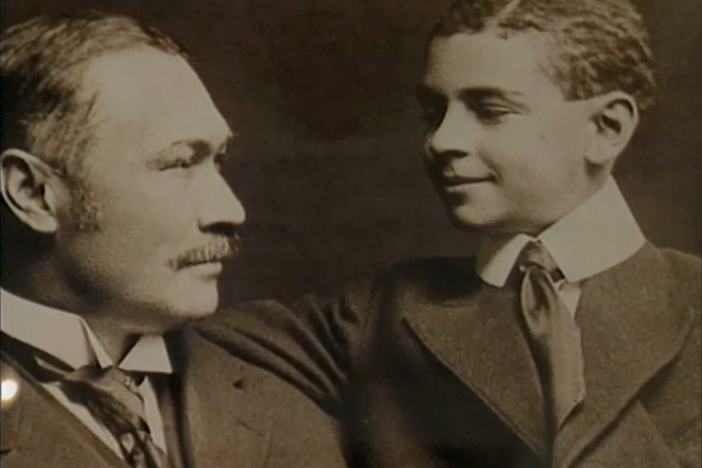 From Rags to Riches: The Story of Alonzo Herndon 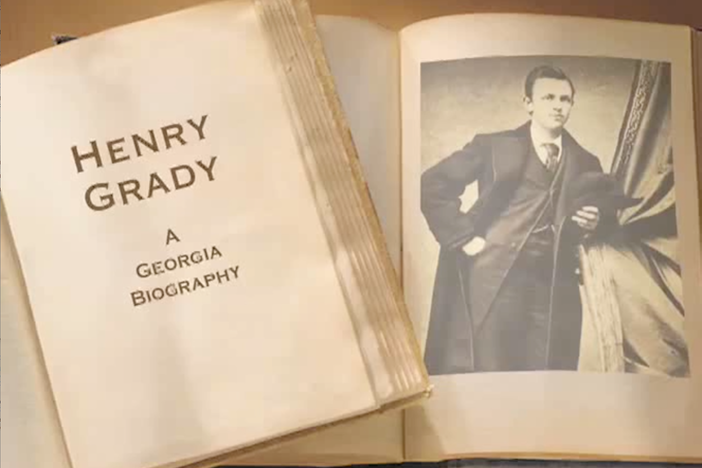 Henry Grady: The Spokesman of the South 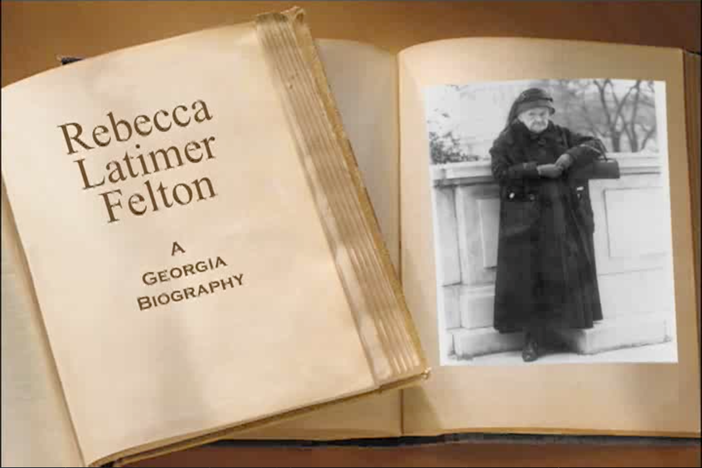 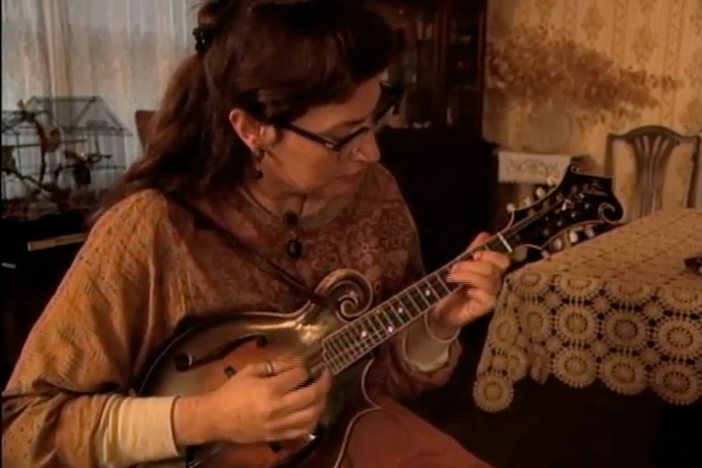 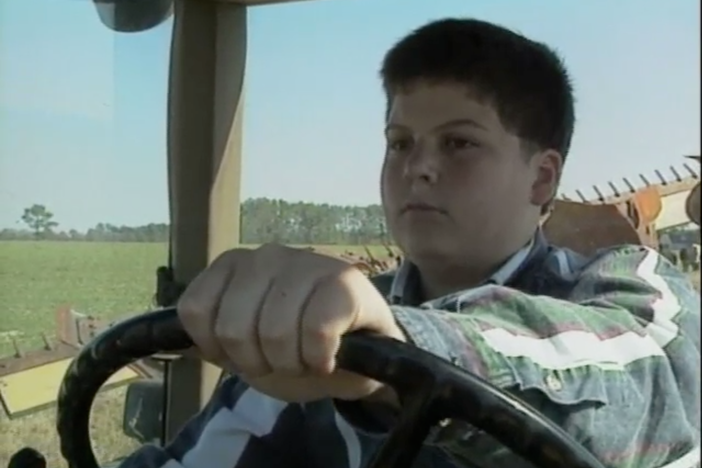 Spring Break on the Farm 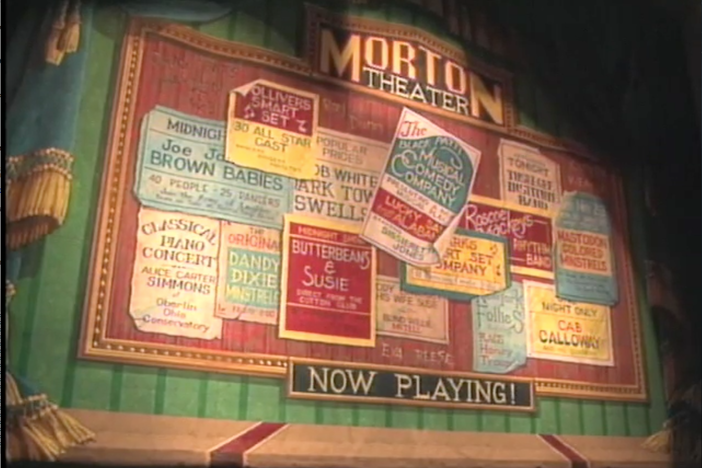 The Empire of Pink Morton: Turn of the Century African-American Mogul 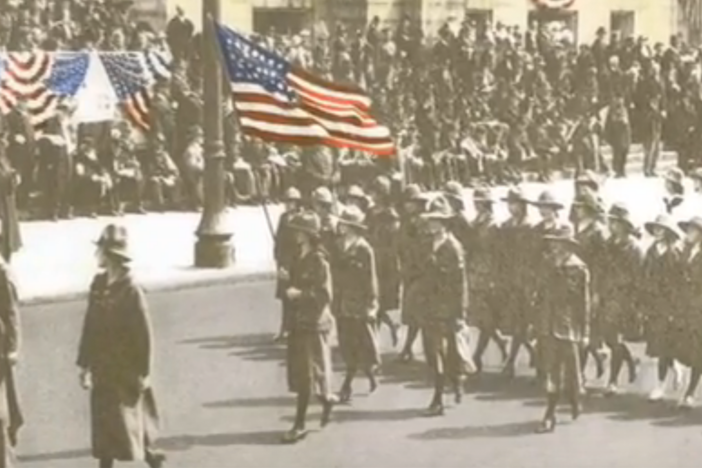 The Mother of the Girl Scouts: Juliette Gordon Low 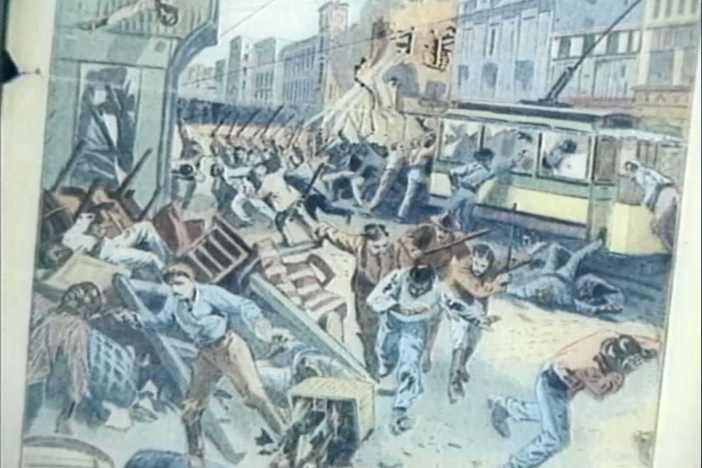 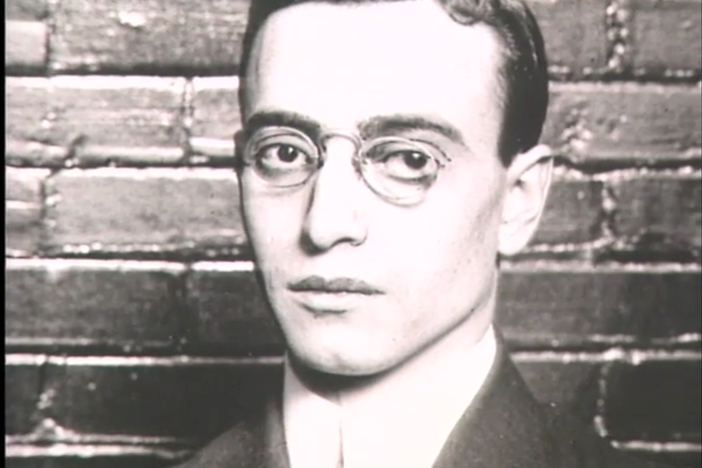 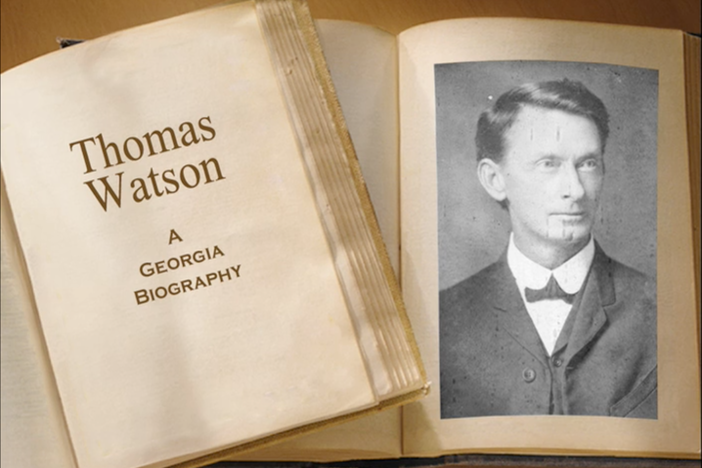 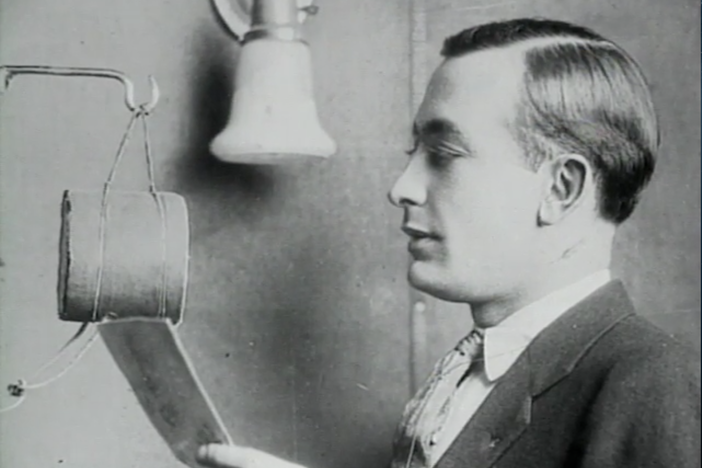