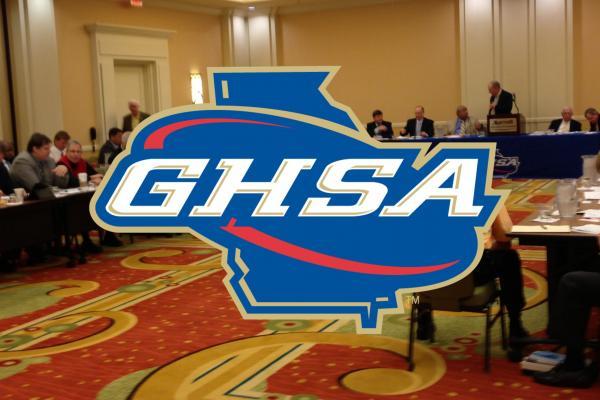 The GHSA appears to be a step closer to moving on several controversial issues, including video replay, that were at the forefront of the 2022 high school football season.

Video review became a focal point for high school football following the Class 3A football state championship game last month when Sandy Creek scored the winning touchdown late in the game in a 21-17 victory over Cedar Grove, but replays showed the runner was down before reaching the plane of the goal.

There is no mechanism for review in the state at present, but the GHSA recognizes the urgency of addressing a possible future involving it.

“We overwhelmingly agreed to move on the issue of video review,” GHSA Executive Director, Dr. Hines said after Wednesday’s meeting of the GHSA’s Board of Trustees.

“As a staff, we have to look at things like: How do we look at plays for review without extending the length of games? What plays are eligible to be reviewed? What kind of training is involved for officials? How many officials do we have on site?

“We gained a lot of information from the Board of Trustees meeting,” said Hines.

The National Federation doesn’t currently allow video review during the regular season, but Fulton County Athletics Director and Board of Trustees member Dr. Steven Craft said the single site of the televised state championships can work for review purposes.

“Everybody, at the end of the day, has to work toward answering the idea of ‘Did we get the right call?’ Everyone involved deserves that,” Craft says.

“Officials take pride in getting the call on field correct, but we understand we are not perfect. A great ball game to officials is one where the teams decide the game and no one realizes the officials were even there. Replay can help get calls correct and it is welcomed by the officiating community.

“The venue for the football state championships and the media partnership with GPB allow for a great opportunity for replay to be used. There has been some debate over what should and should not be reviewed, but most football officials are excited the GHSA is entertaining the idea of using video review for state championships.”

The GHSA is expected to bring a replay proposal before the organization’s executive committee meeting in April.

Another big topic of discussion was the minimum seating requirement for home stadiums for the semifinal round of the football playoffs.

Fulton County AD Craft brought the issue to the floor for debate. This past season, two Fulton County schools — Langston Hughes and Milton — ended up playing a doubleheader at Lakewood Stadium in the semifinal round against Rome and Mill Creek respectively because of the seating requirement.

Those games aired on GPB and, by all accounts, that became the first-ever doubleheader semifinal matchup.

Craft went the empirical route to present his evidence.

“I used the data from the last two years,” he said. “In the last four home games we had with county schools, we had to move them even with the capacity fitting the crowd that was eventually there.

“I think, now, it’s less about capacity and now about competitive balance. I think we’re getting away from what high school athletics is. Our capacities are good enough for regular season games, round one of the playoffs, round two, and the quarterfinals. Why not the semifinals...? Most of our stadiums can accommodate the 3,800-person number that was the biggest crowd we had.”

Craft mentioned that in the 2018 playoffs, Milton High School had to move their semifinal against Lowndes to Denmark High School in Forsyth County. He says the county spent $20,000 to get the stadium to the 6,000-seat minimum for the game. The game was not a sellout.

He also suggested that sub-solutions could be things like bands in endzones and having fans standing on fence lines or sitting in native grass.

“It’s not fun for anyone playing in an empty stadium,” Craft adds.

Hines said there were a lot of positive comments toward relaxing the qualifying numbers. However, that the issue was tabled until the April meeting as well.

The other major issue discussed was the growing landscape around name, image, and likeness (NIL) of student-athletes,

Close to two dozen states have recognized name, image, and likeness (NIL) within high school parameters but Georgia does not.

The GHSA had to recently face the issue indirectly with a situation involving former Johns Creek defensive end T.A. Cunningham. Cunningham, eventually, moved with his family to California to pursue possible opportunities under the NIL umbrella in that state where it is allowable under CIF standards.

The GHSA, knows this issue is coming and coming quickly but that it can’t resemble what is currently going on at the collegiate level. The GHSA and its member schools are faced with the inevitable task of deciding who owns what aspect of intellectual property and where you draw the line.

“Whatever the eventual policy is,” Hines said, “it has to be a good and effective policy. There are 22 states that allow one form or another of NIL and others, like the state of Tennessee, are going to be addressing it shortly. We have to make sure that there will be ‘high school space’ and ‘college space’ and that those two don’t intersect. We have to make sure there aren’t any collectives or anything that would tie into ‘undue influence’ rules as well with student-athletes.”

The research now begins for the GHSA as April isn’t too far away and neither is the 2023 high school football season.