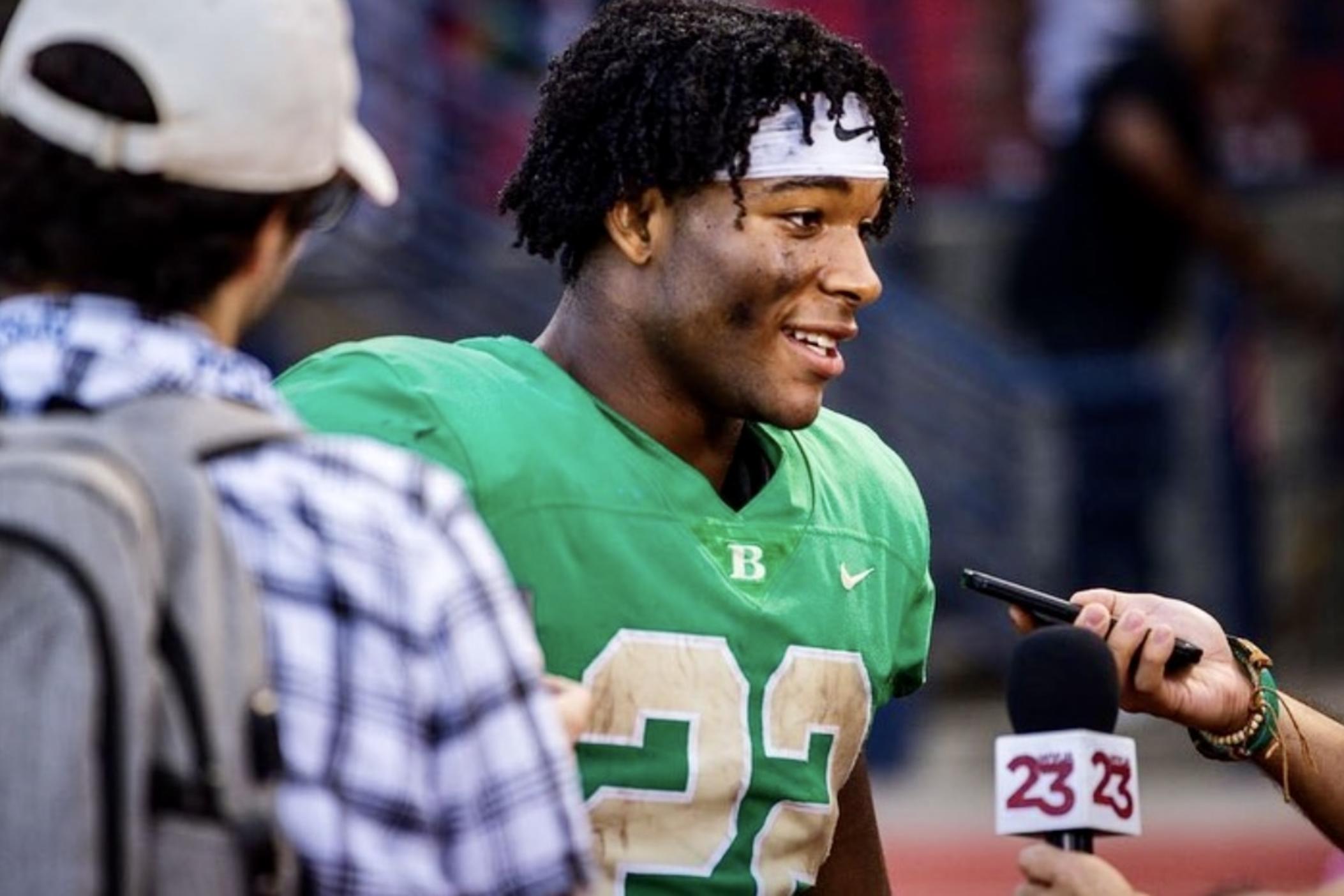 Georgia football legacy Justice Haynes is carving out his own path to success on and off the field. The 5-star prospect shocked the world when he committed to Alabama in July over the University of Georgia, where his father Verron Haynes once starred.

Haynes is the No. 2 running back in the country, and No. 2 overall player in the state, according to the 247Sports Composite. He chose the Crimson Tide over not only Georgia, but Florida, Ohio State and Southern California.

Haynes attended Blessed Trinity High School through his junior season, where he rushed for 5,873 yards and 72 scores. He’s now trying to make history with the Class 7A Buford Wolves. Head coach Bryant Appling’s team could be the first school in the state to win a championship in all classifications if they can make it back to Center Parc Stadium in December.

Find out why Haynes chose Alabama and more about his recruiting process in an interview with GPB’s Hannah Goodin: