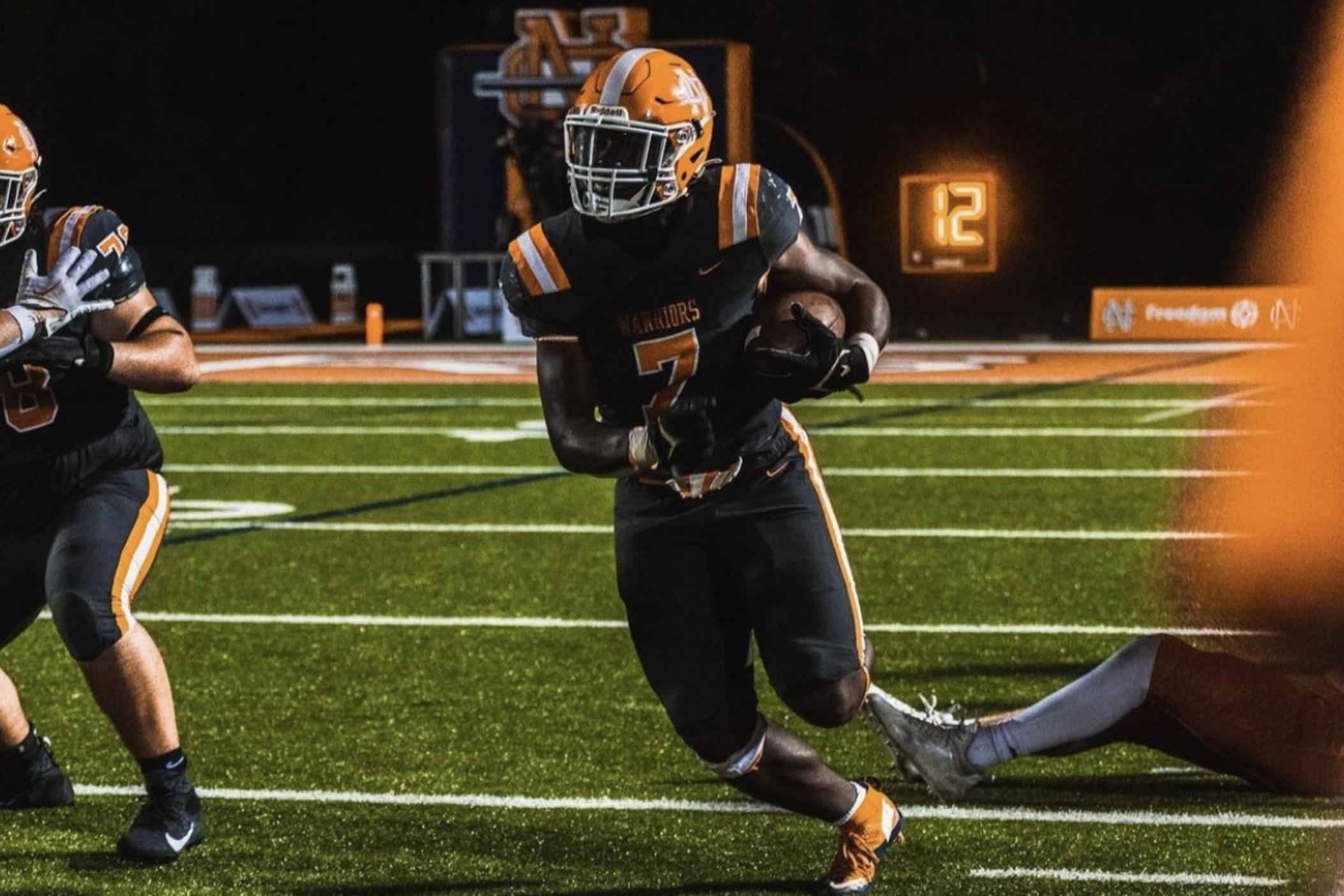 North Cobb running back Ben Hall will head due north to the University of Michigan next year to play for head coach Jim Harbaugh and the Wolverines. The 3-star prospect fell in love with Ann Arbor on an official visit this past March and pledged his commitment shortly after.

The 5-foot-10, 225-pound senior is the No. 45 running back in the country and No. 67 overall player in the state, according to the 247Sports Composite. Hall is Michigan’s seventh commitment for the 2023 class and plans to enroll early next Spring.

Find out more about his recruiting process and why he chose the Wolverines in an interview with GPB’s Hannah Goodin: