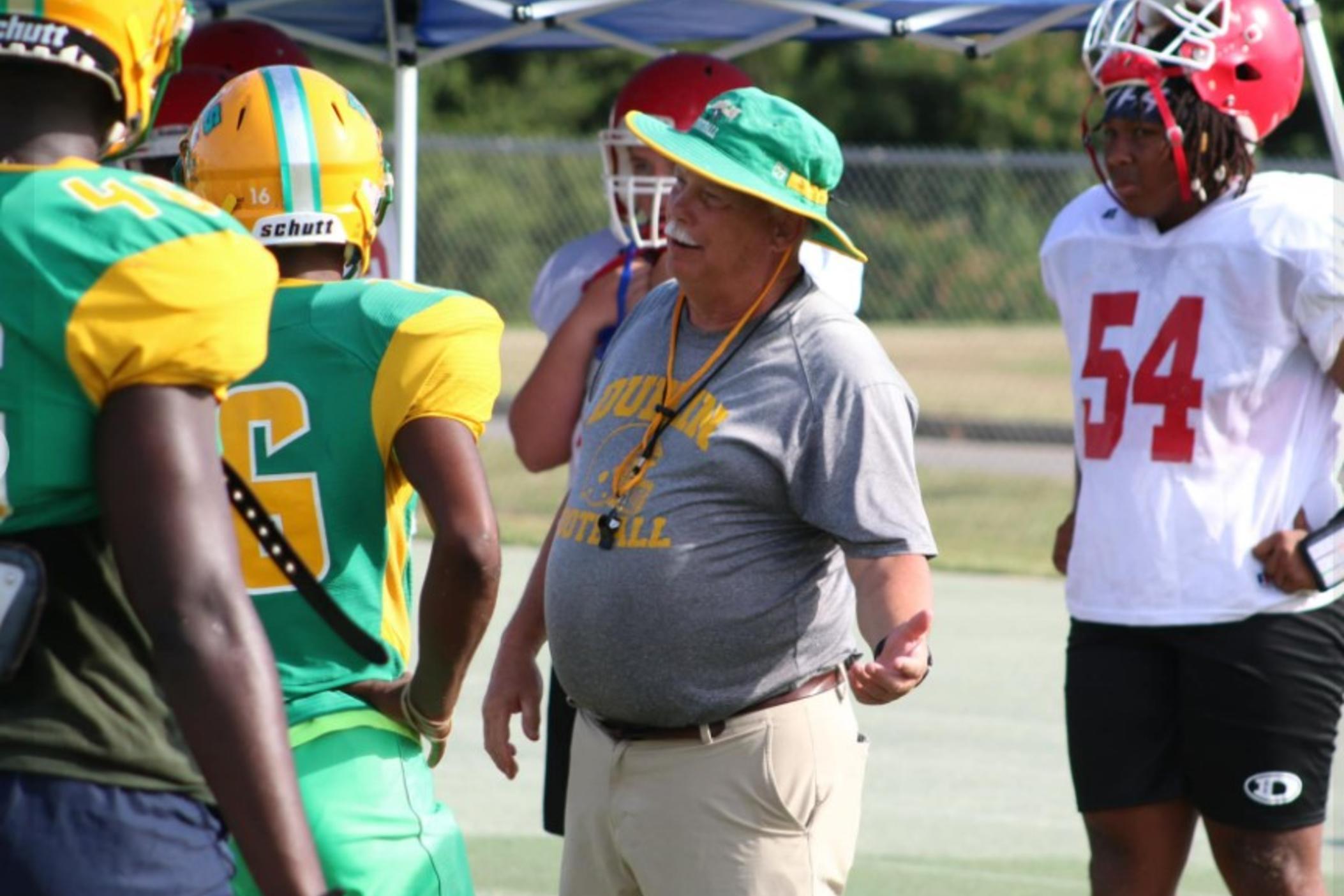 It’s funny sometimes how we’re reminded that as far apart we may be geographically, we’re really not that far apart.

The conversation colleague Hannah Goodin and I had with Dublin head coach Roger Holmes led to a few more open doors on the Football Fridays in Georgia podcast this week. Coach Holmes had broken the news to me a few weeks ago that this is the Fighting Irish’s 100th season for football and the season opener against Wilkinson County this Friday at the Shamrock Bowl is the 1,000th game in program history.

The team had done the research knowing they were close to the number and when they found out that their season-ending loss in the playoffs last year was Game No. 999, they thought some serendipity was afoot for Game No. 1,000. Frankly, a lot of the credit for the math in this goes to Becky Taylor and our friends at ghsfha.org. And when Dublin had their math, the plans were being put in place for one heckuva celebration -- including fireworks after the game.

Basically, get your tickets now ... or find a good vantage point for the postgame material.

Coach Holmes told me that they weren’t the only ones hitting that 100-season marker this season. Their research yielded Lafayette and Mitchell County were joining them. The Ramblers have been playing continually since 1923 when Coach “Sneed” (no first name given in the GHSFHA stacks) led the team to a season without a win or a point scored. But catching up with current head coach Andy Scott reminds us all about towns like Lafayette as they play their 99th year and 100th season on the calendar. 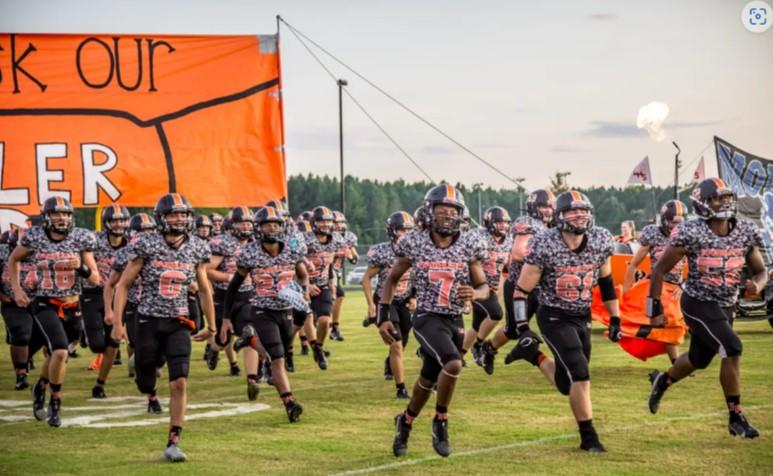 The football atmosphere at a LaFayette game is very special.

“Everyone talks about a ‘small-town feel’ and last year I was absolutely blown away by everything here,” Scott admits. His time as a head coach was in Perry and Kennesaw Mountain before heading to Walker County and he has embraced the tradition there in short order.

“Most of the seasons you look at the win-loss record and you’ll see a team around .500. But, make no mistake, this community loves this school. When I was interviewing with our administration for the head coaching job before last year, they talked about ‘Rambler Nation.’ I’ll give you an example of it. As a part of our community service, we had a pep rally at the elementary school and each sport here went to the local rec center and did summer clinics.

They played Model in a preseason scrimmage and Scott says it had the feel of a regular season game. From the student involvement to the Rambler automobile in the stadium (no lie...) and all the other elements that throw their weight behind a game day, Lafayette is a small town that revolves around the school.

“You understand you play for the Rambler emblem and the name,” Scott says.

Want to talk about returning home?

Suttle is now an assistant AD at Lafayette ... that’s what it means...

And we’re not done with Coach Scott and Coach Holmes ... more on them in a bit... 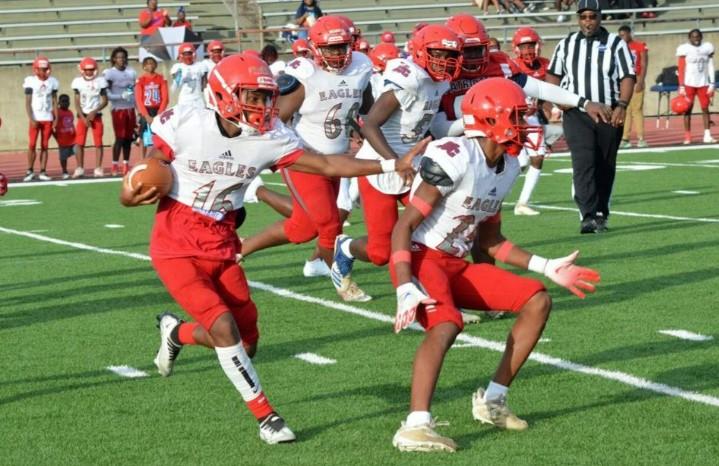 The atmosphere has improved at Mitchell County since it moved into its on-campus stadium.

I, legitimately, think we surprised Mitchell County Coach Dondrial Pinkins with the news that the Eagles are playing their 100th season.

Once again, looking through our friends at the GHSFHA, Dublin saw 100 seasons. There’s one season in 1914 where Mitchell played a few games as Camilla High. They resumed in 1923 and skipped the 1926 season. Once again, that was the only interruption, but they’ve been constant ever since.

It is Coach Pinkins' second tour as head coach in the same halls he wandered as a player. He coached there from 2009-11 before coming back from Pelham for the 2021 season.

“There’s a lot of tradition here,” Pinkins says. “We have the three state titles in 1983, 1989 and 1992 and 20 region titles in our school history. And to now know we’re in our 100th season, it adds to the tradition already in place. It’s going to be special to figure out how to recognize and honor all of them. We do an all-sports banquet every year and we always talk tradition here. All our former players that can return make sure they’re here for the homecoming game, too, every season.”

For those of you who remember part of the history at Mitchell, there are four athletes that have been recognized as “Thrillas from Camilla”—University of Georgia QB James Jackson was the first -- and he is scheduled to come back for his jersey retirement Oct. 22. Coach Pinkins and his brother, Al, are two of the remaining three that have been given that distinction.

But as Mitchell works their 100th season, Coach Pinkins tells me about another element that adds to the history for the next hundred years.

“Until two seasons ago we played at the City Stadium so every game felt like a road game, really. We now have our own stadium on campus. The loyal fans get to come in early and start tailgating. It’s a nice scene. To see the transition to a real high school atmosphere almost makes it look like a small college atmosphere now. It’s awesome.”

Oh, before we go ... the connection to Coach Scott and Coach Holmes.

When Coach Holmes was looking to Georgia for a head coaching position back in 2002, Coach Scott had a talk with him about the Dublin position. Roger would take it and he’s been there ever since. There was a moment in that first season when their paths crossed when Scott was coaching at Perry under Chuck Conley.

“They were beating us pretty bad that year (a 45-6 final) and I remember waving a white towel from our sideline over to Roger on his.”

So, yes, the circle isn’t as wide as we think as teams start their second centuries of football.